The High Times Cannabis Cup takes place every year in November in Amsterdam. High Times was founded in 1974 and is the worlds best selling marijuana magazine, it has a passionate stance for the legalisation of marijuana for both recreational users and medical users. The Cannabis Cup began in 1987 and allows the judges to vote for their favourite strain. Many cannabis enthusiasts visit Amsterdam specially to enjoy the event which now features a host of related competitions (best hash, best bongs, indica cup, sativa cup, best overall strain etc etc). The cannabis cup also attracts a number of good musicians.

A ‘Judges Pass’ to the Cannabis cup costs around €200 and in 2008 there were reputed to be 2300 judges. The Cannabis Cup is professionally organised and offers visitors the convenience of pre-booked flights and accommodation. The hospitality and liberated welcome offered by Amsterdam ensures that the cup remains a popular event.

Fans of the Cannabis Cup point out that it has spawned numerous similar ‘cup’ competitions in many other countries. These events are popular with seed suppliers as well as those that manufacture growing equipment, vaporisers, bongs etc. For those lucky enough to get to a cup competition it is always a good chance to meet up with like minded people and relax.

Critics say the experience of getting high is subjective.

Critics of the Cannabis Cup claim it is still a useful event but perhaps it can no longer give definitive judgement on which are the ‘best’ strains. After all, the experience of getting high is subjective. One persons favourite strain may not be the same as another persons. Furthermore, the Cannabis Cup lasts for only 3 days. For many people that is an unrealistic time frame to be able to assess dozens of different strains.

These days, many of the professional seed suppliers have their own experienced teams of ‘smokers’ whose enviable job entails smoking and comparing different strains to ensure that standards of existing strains are being maintained AND new strains are meeting expected potency targets. Many of these pro-stoners will claim that the best time to evaluate a strain is on the first ‘stone of the day’. So, can you really smoke several different strains each day for 3 days and make a meaningful judgement at the end of that? 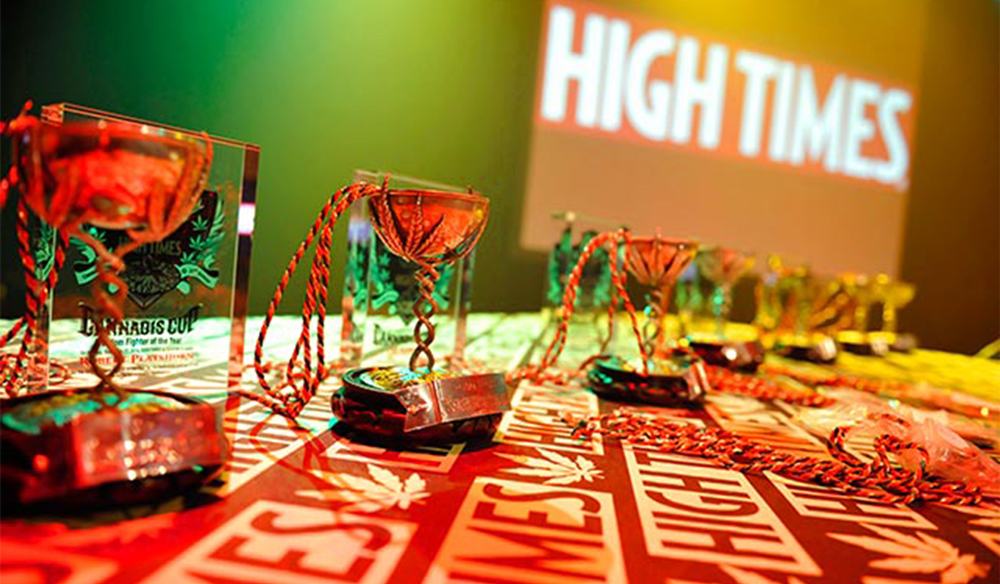 Preferences can change with the moment.

The better seed companies have many strains with strong potency levels and often it is only personal preferences that can separate the strains. This is one of the reasons behind the boom in home-grown dope; many people like to grow a few different strains to understand whether their taste is for a particular variety, family or type of grass. Often that preference can change with the moment. Before a meal you might want to enjoy a solid indica to give you a god-like appetite and ensure your food delivers gourmet satisfaction every time. A good sativa is an unforgettable experience. And many of the quality modern hybrids are such great experiences that they have become legends in their own right.

Can a single strain really be voted ‘best’?

Many Dutch coffee shops will have several strong varieties with 10-15%+ THC levels that will get most people extremely stoned – but can a single strain really be voted ‘best’? In any given Cannabis Cup most of the better strains would all be highly rated by the average stoner, but trying to identify the ‘best one’ is something that might take weeks or months for a person to feel that they can do confidently ....and even then there would be disagreements between the judges.

In any event, the Cannabis Cup is a hectic schedule of frantic smoking and vaporising. It provides great fun for all participants even if the results are not always taken 100% seriously. Not all seed companies and producers actually enter the cup these days, but those that do enter the competition seem to take it very seriously and still attach kudos to the results.

During the Cannabis Cup the Dutch openly tolerate cannabis use.

The cannabis cup has also been a platform for guest speakers from various backgrounds to speak openly about the need to stop the senseless criminalisation of recreational and medical cannabis use. In recent years the cannabis cup has also attracted mainstream media coverage, and in general this has been characterised by both sympathetic and balanced reporting. If the Dutch can openly tolerate cannabis use without sending its population into a drug-induced psychosis then perhaps marijuana isn’t the ‘killer drug’ that can carry mandatory minimum jail sentences for users in other countries.

In 2010 there was the first High Times Medical Cannabis Cup, with the focus very firmly on the medicinal properties and benefits of cannabis. Prizes are on offer in different categories of the competition and this cup is likely to provide great support for the medical cannabis movement worldwide. The event takes place in San Francisco and uses a panel of experts (rather than the general public) to vote for winning strains.