All natural cannabis seeds, how nature made them.

When cannabis plants grow seed naturally they produce regular seeds that give rise to roughly 50% male and 50% female offspring. Before Dutch Passion gave the world feminised seed technology in the 1990’s, regular seeds were the only option.

Today regular seeds are still sold, though they are not as popular as feminised seeds. Regular seeds have gradually become less accepted since private cultivators tend to prefer smaller gardens filled with female-only plants.

However, regular seeds remain popular with growers who don’t mind producing male cannabis plants, there are many amateur growers who like to produce their own seeds – especially in countries where importing cannabis seeds has been outlawed. For these people there is the double challenge of growing their own stash and the extra challenge of producing some seeds for next years crop. 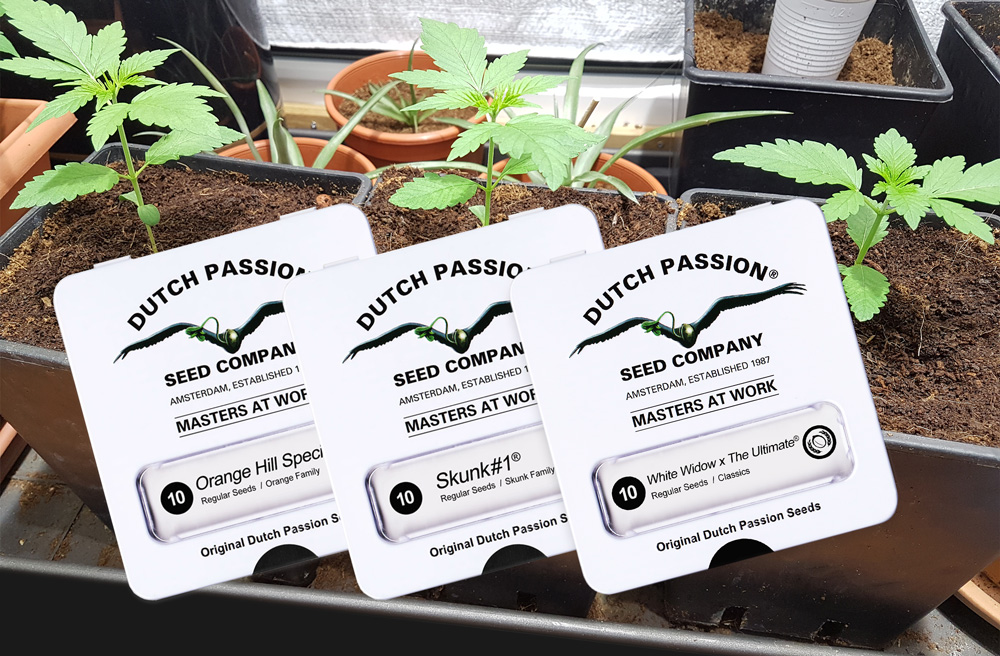 For the gardener who enjoys making his own seed stock, regular seeds are a vital part of the process. Male plants can be separated from the females and the pollen collected for later use. Sometimes the pollen will be applied perhaps only to specific female plants. Once pollinated the females will start producing their seeds which can be collected. For the seed-producing grower there is the challenge of selecting the best male and female plants to cross. Of course there is the additional challenge of ensuring that the entire crop is not accidentally pollinated!

Regular seeds are also bought by traditional gardeners who perhaps have never fully adapted to the concept of feminised seed technology, even though it is now a reliable science.

Regular seeds are also frequently planted ‘in faith’ by outdoor growers who are keen to see cannabis successfully re-established in the wild again. These seeds are often planted in small groups in forests and on inaccessible mountain sides with the deliberate intention of allowing cross pollination and seed setting, thereby re-introducing small pockets of natural cannabis plants back in the wild. This idea isn’t as strange as it sounds, in the last century wild-growing cannabis has been systematically eradicated from many areas.

Although regular seeds have become less popular than they used to be they remain an important part of cannabis seed sales.