What are cannabis landrace strains? 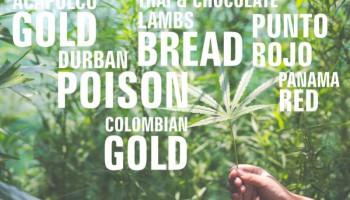 Humans have grown, and used, cannabis for thousands of years. In that time, cannabis has provided millions of people with recreational comfort. In more recent years cannabis has found an incredibly important emerging role as a multi-purpose medicine. But what are people referring to when they ask what is a landrace strain? A landrace definition is a cannabis strain which simply hasn't had the original genetics crossed with modern strains.

What is a landrace strain and what makes it unique?

Landrace cannabis strains and landrace seeds have held a special place in the cannabis seed collections of old school connoisseurs and breeders. Landrace strains are the original genetic foundations of modern cannabis hybrids. They have evolved naturally over thousands (possibly millions) of years. They slowly adapted perfectly to the local environment, or terroir. This often shaped the properties and features of the various phenotypes in the landrace strains. How many cannabis landrace strains are there? It’s impossible to say, the illegality of cannabis meant that no official historical botanical records exist.

Landrace sativa strains that evolved in warm, tropical jungle environments may show different properties to landrace indica strains which evolved to survive more hostile and barren mountainous habitats. Some of these genetic features are useful to modern cannabis breeders who may want to amplify certain properties in order to create a new modern hybrid.

Many original landraces strains may have a clue to their country of genetic origin in the strain name, such as Durban Poison (Durban, South Africa), Malawi Gold, Thai, Afghani Kush, Mazar etc.

How many landrace weed strains are there? 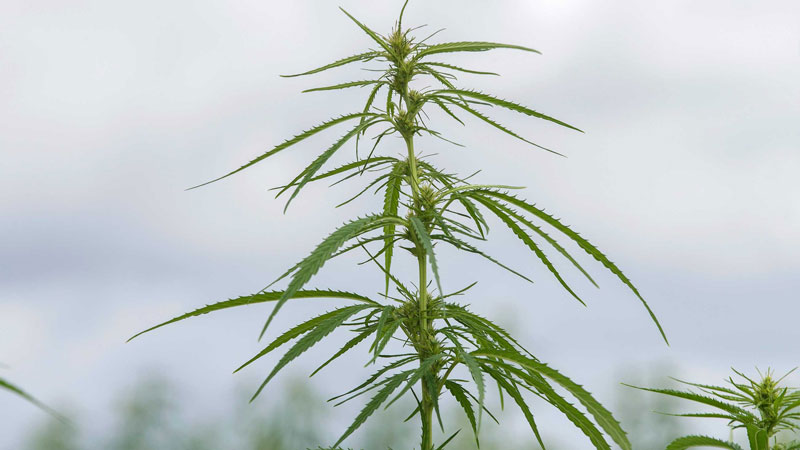 This has resulted in most landrace strains being somewhat changed from their original pure genetic state. This will sound disappointing to the old school purists. But the breeding work was done for good reasons. Without it, many landrace strains would simply be rejected by modern growers for e.g. being low yielding or with low THC levels. Most of todays cannabis growers don't mind the fact that landrace sativa seeds were crossed to create some modern sativa crosses with shorter bloom times than e.g. the original landrace Thai sativa.

Where to find landrace strains in the wild? Cannabis still grows in the wild in many tropical climates and mountainous areas. These are probably the best places to find landrace weed and landrace seeds.
If harvest yields/consistency of original landrace strains are improved and THC levels increased, the average indoor grower might consider that to be solid breeding progress. But original cannabis seed companies like Dutch Passion still retain collections of pure unadulterated landrace seeds for future generations.

Many cannabis lovers are torn between the romantic ideal of retaining all landrace strains in their original pure genetic form and the modern desire to maximise yields, taste & potency whilst minimising bloom times. Some growers assume that landrace strains are fundamentally superior to modern strains, yet it should be said that many landrace strains simply lack the cannabinoid content and other features (heavy yields, fast bloom times) that many modern growers consider mandatory. 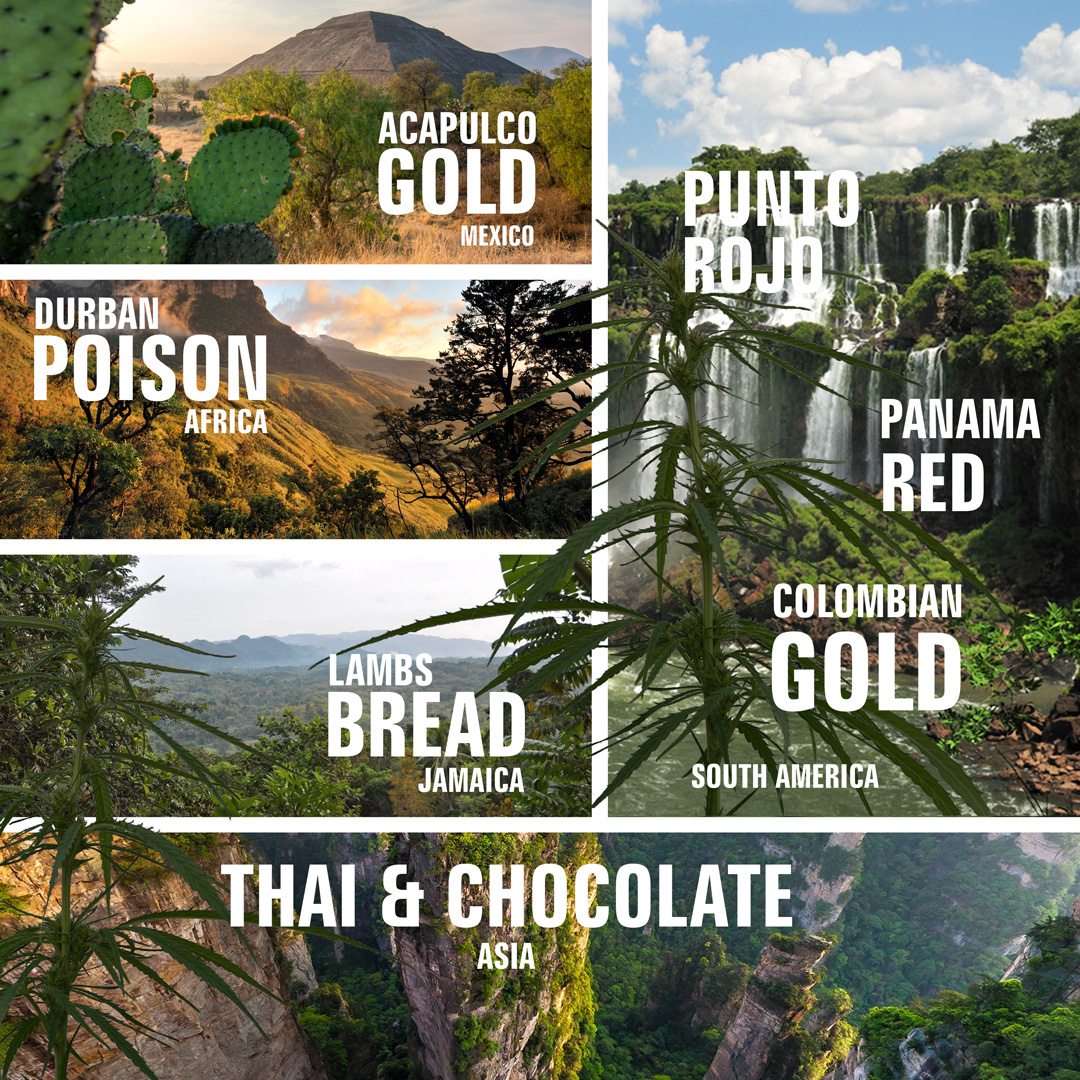 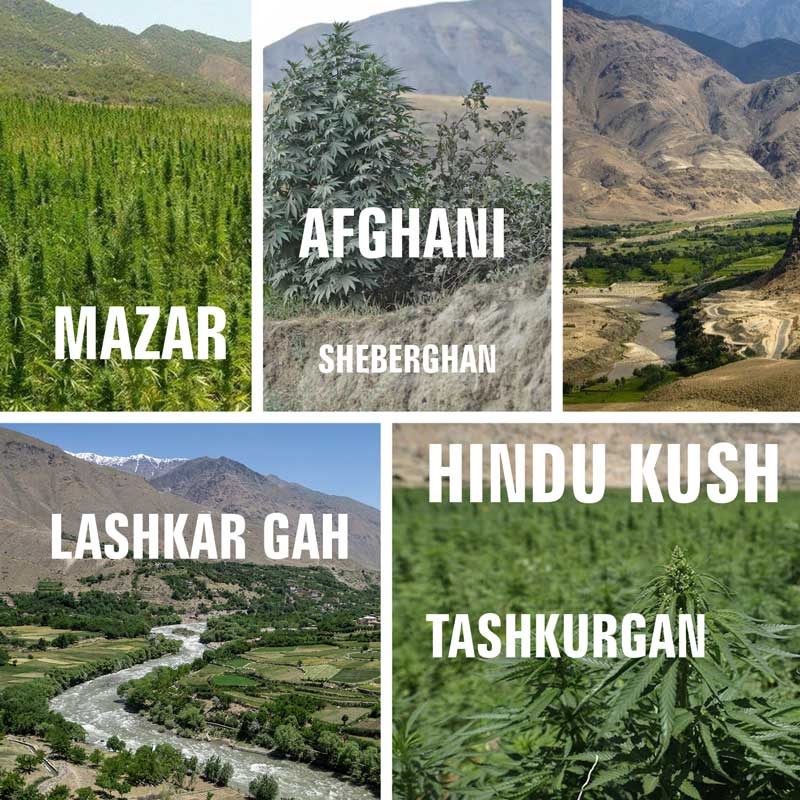 Landrace indica strains are thought to have evolved in the tough, rugged mountain ranges of Afghanistan, India, Nepal and Pakistan. Having to cope with a cooler and less forgiving climate, landrace indica strains tend to be shorter, more compact and resinous than landrace sativa strains. Due to climatic pressures and short summers they tend to bloom faster than landrace sativa strains too. Afghan landrace flowering time can be as little as 7-8 weeks in photoperiod feminised seeds. 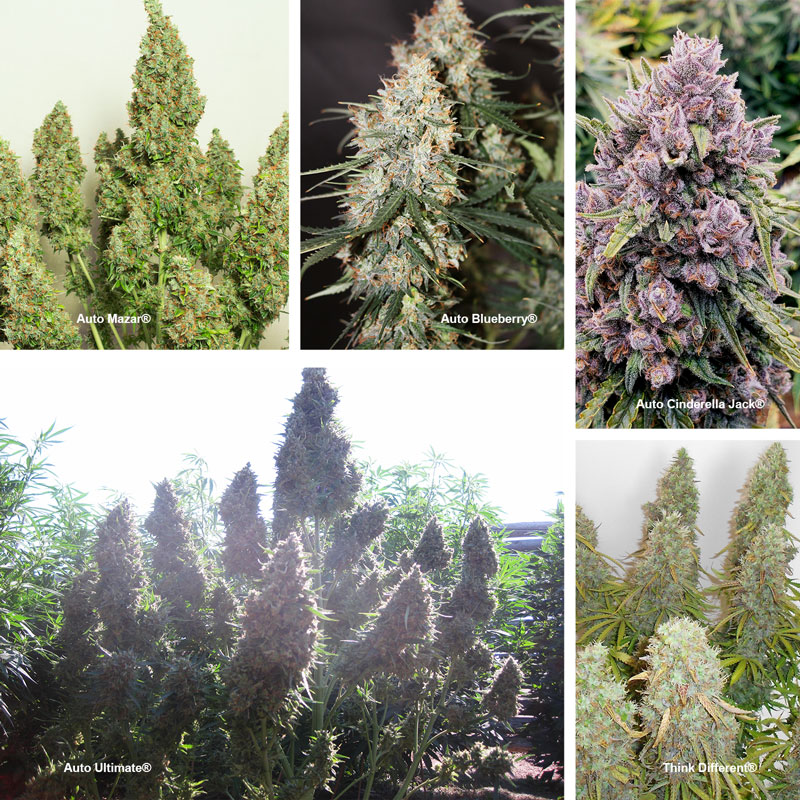 The onset of ruderalis bloom is determined by age rather than light conditions and it is this which differentiates ruderalis strains from all others. This ‘automatic blooming’ trait is necessary since the days can have 20 hours of daylight (or more) at extreme latitudes. Automatic flowering genetics have been taken from landrace ruderalis strains and used in modern autoflower seeds.

Autoflowering cannabis seeds are now a firm part of cannabis culture. Many people grow their own marijuana using autoflower seeds. Autoflower seeds have developed a reputation for being the easiest, simplest and fastest way to grow top quality cannabis with ruderalis genetics. Some examples of popular THC rich autoflower strains are:

How do you know if a cannabis strain is a true landrace?

True landrace strains remain relatively rare. That’s not because seed companies enjoy deliberately mixing landrace genetics with modern genetics. It’s because cannabis growers tend to be quite picky about the cannabis seeds which they grow. Most weed growers only buy a few cannabis seeds each year for a couple of grows.

The discerning cannabis seed buyer usually has quite specific requirements for their autoflower seeds or feminised seeds. Often they want a specific type of genetic background with demanding performance features. That could be, for example, a fast auto harvest with high THC levels. You could try to source some landrace ruderalis seeds which would provide you a rapid crop. But if you want high THC levels as well you would need to buy some modern autoflower seeds. Landrace ruderalis seeds simply wouldn’t provide the potency. That principle runs through many of the landrace seed options. They may offer some of the features wanted by the grower, but not necessarily all of them.

If you want to buy some landrace seeds how do you know if a strain is landrace? Can you trust the claimed landrace strains list from a breeder? As with most cannabis seeds on sale today, the buyer simply has to trust the vendor claims. It helps if you choose a cannabis seed company with a reputation you can trust and a successful track record established over many decades. Choose your cannabis seeds carefully and enjoy growing your next crop!

Dutch Passion were formally established in 1987, but they were informally gathering cannabis seeds and genetics from around the world since the 1970’s. This has allowed the Dutch Passion breeders an unsurpassed gene bank with some of the best landrace strains including African landrace strains which supplied the genetics for Durban Poison and Power Plant. The best of the landrace marijuana genetics are safely preserved in Dutch Passion’s deep freeze where they are occasionally revived and used in modern breeding projects.

Genetics from the best of the landrace weed strains have been used extensively when breeding modern strains. Girl Scout Cookies, for example, uses Durban Poison genetics. The following Dutch Passion strains are all largely based on landrace genetics with only a modest amount of modern tweaking. 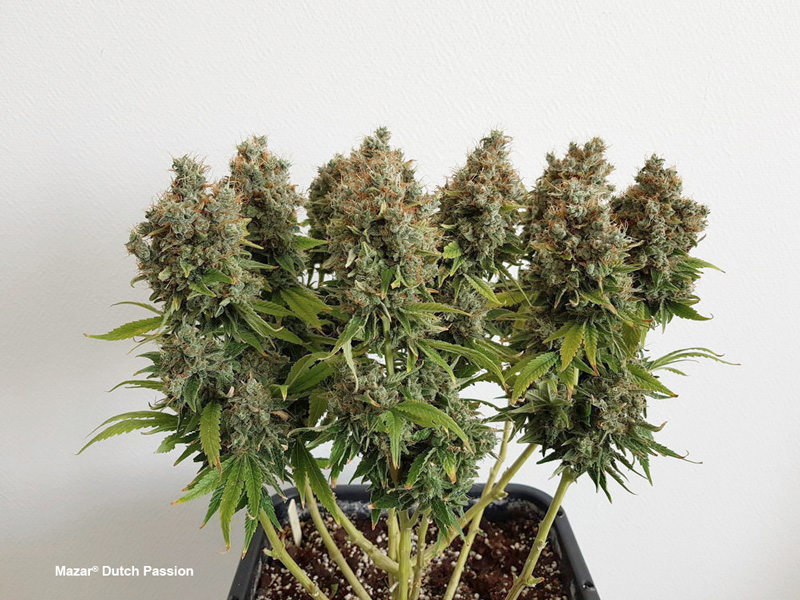 What is the most consistent landrace strain? Many would say that accolade should go to Mazar. This is an indica dominant Afghani with a famously powerful vape/smoke and penetrating pungent hash aromas. Mazar genetics were sourced from the Mazar-i-Sharif region. This landrace strain is known for being tough, hardy and easy to grow in just about all grow conditions. To improve yields, some Skunk genetics were introduced, though this doesn't detract at all from the superb taste, aroma and long lasting high.

Mazar feminised seeds take around 8 weeks in bloom. They are also available in regular cannabis seeds and are proud members of the Dutch Passion very high THC seed collection. This means that you can expect THC levels up to 20%, possibly a touch higher in optimised conditions. Mazar seeds are part of the Afghani Kush seed collection.

Fans of autoflower seeds should check out Auto Mazar. Auto Mazar grows well under 20 hours of indoor light, taking around 11 weeks to grow from seed to harvest. Auto Mazar is also particularly recommended for outdoor growers. She takes around 100 days to grow from seed to harvest outdoors, her landrace Mazar genetics ensure she is tough enough to deliver harvests even in poor outdoor conditions. 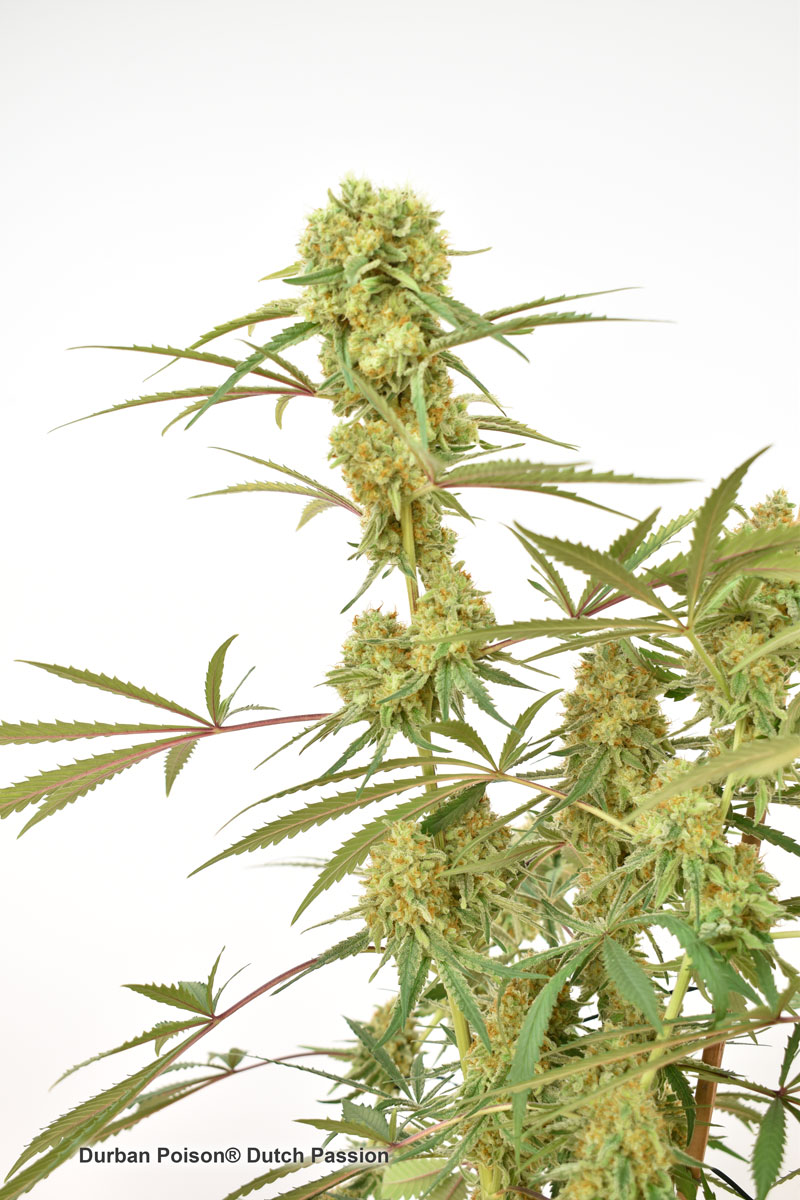 Originally a landrace strain which evolved in South Africa, Durban Poison seeds were taken to Europe in the 1980’s by Dutch Passion to select some parents which would provide offspring suitable for outdoor European cultivation. During this outdoor selection process a small amount of unknown indica genes were introduced to Durban Poison. The indica genetics didn't substantially change the results from Durban Poison. The soaring sativa high is special enough to create a generation of repeat growers, some of whom will grow nothing else.

With unusual aniseed, cloves, lemon and liquorice aromas together with heavy yields, Durban Poison is equally at home indoors or outdoors. Outdoors, she can grow at Dutch (or Southern UK) latitudes. Indoors, Durban Poison takes around 9 weeks from seed to harvest. THC levels are high thanks to the incredible resin production and the seeds are part of the Dutch Outdoor collection. 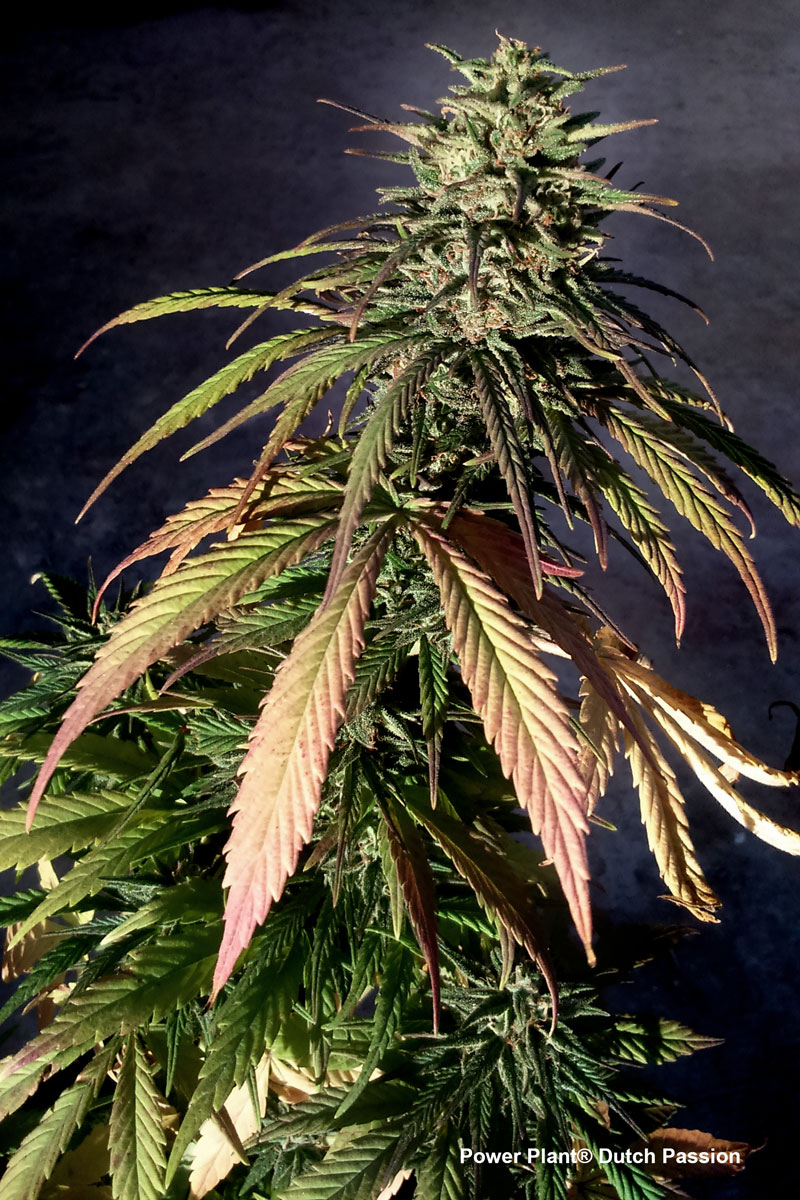 Anyone looking for an easy to grow sativa with generous yields and a deliciously enjoyable high should take a close look at Power Plant. This unusual African sativa bends a few rules when it comes to delivering heavy harvests of THC rich buds. The plants are ready to harvest much quicker than most sativas. In good conditions, Power Plant is ready to harvest after around 8 weeks of bloom. Yields are very generous too. THC levels are high, Power Plant seeds are part of the Dutch Passion Classics collection.

Power Plant isn't as stretchy as some other pure sativas (like Desfrán for example) and can produce medium height plants with notably chunky blooms. It’s a variety that you can grow well in a SOG (Sea Of Green) system with little (or no) vegetative growth.

Power Plant is a forgiving strain to grow with a wide grow latitude. No matter how you grow her, Power Plant has earned a reputation for delivering heavy, powerful harvests with remarkable ease. It’s one of those robust strains that can be recommended to novice growers as well as expert growers. If you want connoisseur quality sativa buds then Power Plant seeds should be high on your shopping list.

If you prefer the convenience of growing cannabis with autoflower seeds, then Auto Power Plant comes with our highest recommendations. 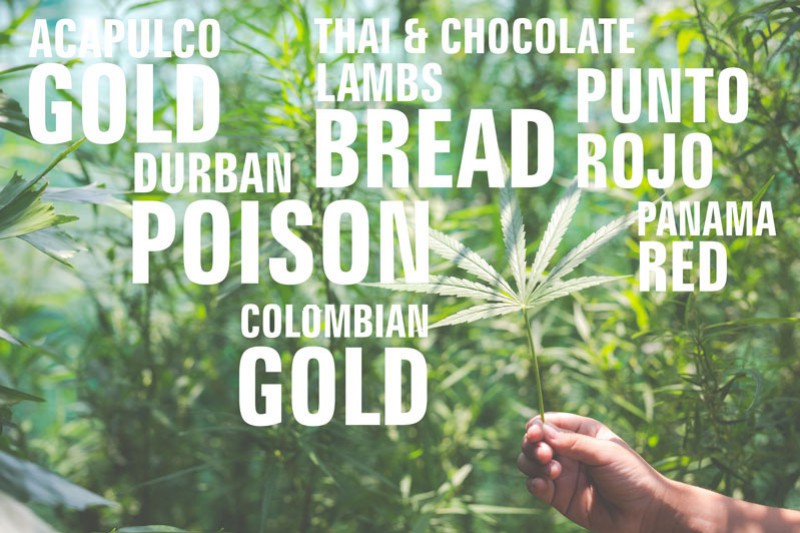