USA: Barack Obama, the Democratic senator who has formally announced his bid to become America's first black president, long ago admitted taking both cannabis and cocaine while he was a teenager. In a 1995 memoir, Dreams From My Father, he wrote: "Pot had helped, and booze; maybe a little blow when you could afford it. Not smack [heroin] though." Mr Obama has also stressed his activities were part of a youthful behaviour he has long left behind and which he does not condone. In an interview with The State Journal-Register newspaper of Springfield, Illinois, he said: "I was a confused kid and was making a bunch of negative choices based on stereotypes of what I thought a tough young man should be. Those choices were misguided, a serious mistake. Growing up to be a man involves taking responsibility. By the time I was 20, I was no longer engaged in any of this stuff."

USA: An administrative court recommends to the DEA to allow a Massachusetts professor to grow cannabis. Concluding that there is an inadequate supply of cannabis for medical research, an administrative law judge has recommended
to the Drug Enforcement Administration (DEA) that it grant a Massachusetts professor's application to grow the drug. The judge's ruling of 12 February is nonbinding. In June 2001, professor Lyle Craker submitted an application as a cannabis manufacturer to the DEA. However, the federal government limits the growing of cannabis available for clinical research to one source, the University of Mississippi. Federal officials said that Craker's university is free to compete for the
next contract to produce cannabis for the United States. But there was no basis to add another producer. The company that wants to fund Craker's facility for growing cannabis countered that researchers are not getting the quantity or the quality of cannabis needed to conduct research that is approved by the Food and Drug Administration. Judge Mary Ellen Bittner concluded that granting Craker's
application would be in the public interest. Among the reasons she cited were inadequate competition and an inadequate supply of cannabis for research purposes. Steve Robertson, a spokesman for DEA, said the agency is reviewing Bittner's decision and would have no immediate comment. 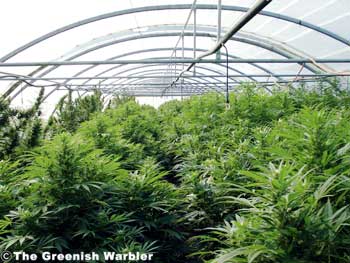 Will the University of Mississippi lose its exclusive right to grow cannnabis for clinical research?

USA: In New Mexico, a proposal to allow certain patients to legally use cannabis
under a state-run program passed the Senate on 7 February and headed to the House of Representatives. The proposal has the support of Governor Bill Richardson, who says he supports a bill "that includes proper safeguards to prevent abuse." In Minnesota, a bill was introduced to the House of Representatives on 5 February that would legalize the medical use of cannabis in Minnesota. A similar bill was recently introduced in the Senate. The language of the House bill would allow for "qualified" patients with a "registry identification card" to possess an "allowable" amount of medicinal cannabis for which they could not be arrested, prosecuted or penalized. In Illinois, on 9 February a bill was introduced to the Senate that would remove criminal penalties for the medical use of cannabis with a physician's recommendation.

New Zealand: Cannabis can already be used for medicinal purposes. The last thing New Zealand needs is a loosening of the rules and regulations governing the use of cannabis. This may seem a dogmatic, one-eyed statement and it probably is, but we are sure a great many families in this district would agree that marijuana does more harm than good. It has put many a youngster off the rails. And it is easy enough to get into strife without taking drugs. Green MP Metiria Turei says a Ministry of Health report saying there is enough evidence to support use of cannabis gives her hope for a law change. Mrs Turei's member's bill, Misuse of Drugs (Medicinal Cannabis) Amendment, has been sitting on Parliament's books for
almost a year while she tries to gather information. It has been reported that officials told Health Minister Pete Hodgson last May there was sufficient evidence of cannabis's safety and effectiveness to support consideration of compassionate, controlled use. The papers obtained under the Official Information Act also
raised concerns about the harm caused by smoking the drug and problems of arranging legal supply. Mrs Turei told NZPA that she had talked about the report with Mr Hodgson last year and believes it would help MPs see decriminalisation for medical use made sense. The Green MP is waiting for a select committee report considering a petition on the same subject before putting her bill to the vote, hoping the evidence presented on the petition would help her cause. She said cannabis could be imported from countries where it was already grown for medical use or grown in a state-controlled laboratory in New Zealand. The health effects argument was also a bit of a red herring. "It is a health issue to some extent, but for patients who are likely to die really the risk of smoking is completely irrelevant." In New Zealand, the health minister has the power to authorise medicinal use of cannabis if a doctor applies on behalf of a patient.