What to do with already vaped weed? 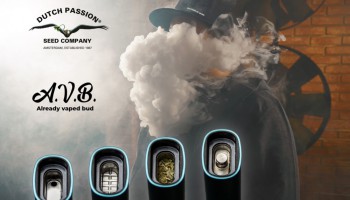 Many people prefer to vape weed rather than smoke it. Often the weed which has Already Been Vaped (‘ABV’) is simply thrown away. What many people don't realise is that this vaped weed still contains cannabinoids and terpenes. Read on to find out some of the ways you can put ABV weed to good use.

What is ABV or AVB?

Some people refer to ABV “Already Been Vaped” whereas others refer to AVB “Already Vaped Bud”. Whether you call it AVB or ABV you will probably notice that it looks different after vaping. The colour may have changed from green to brown, but that doesn't mean it has no further uses.

The aroma of already-vaped-bud is substantially different to that of freshly ground-up weed. The ABV/AVB won't have the same rich aroma of fresh weed, but you may still be able to discern some terpenes that have survived the vape process. However, if you try to smoke your vaped bud you may notice a bitter taste. 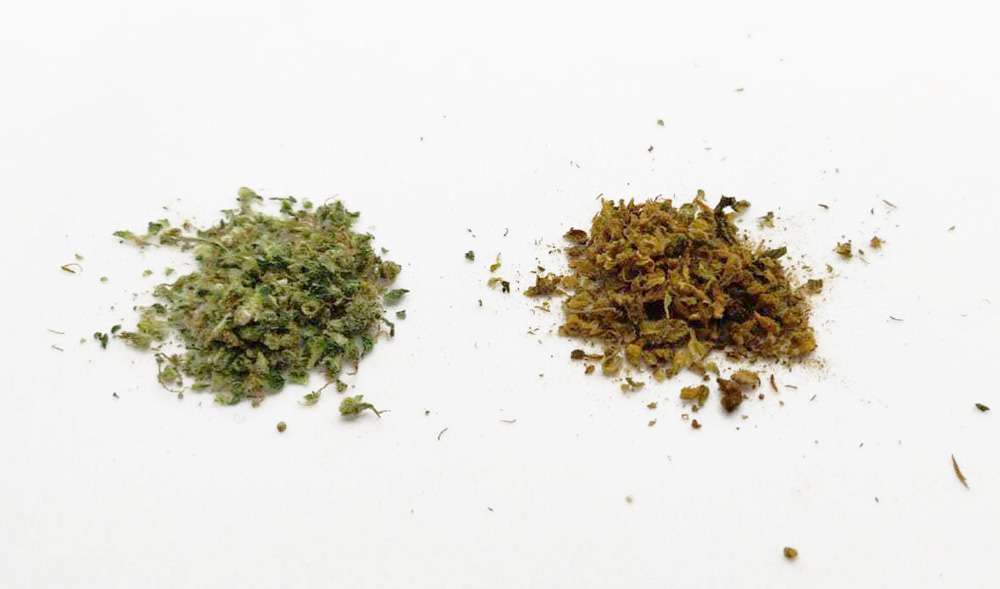 How much THC is in ABV?

How much THC remains in your already vaped bud depends on three things.

The second variable is how long you vape for. If your vape session is short your ABV/AVB is likely to be higher in cannabinoids than ABV from long vape sessions.

The final consideration is how much THC was originally in your weed. If you were lucky enough to be smoking a variety with around 25% THC, such as Auto Cinderella Jack, then you will probably have higher residual THC levels in your ABV than you would get from a lower THC strain.

With so many variables it’s difficult to say precisely how much THC is in your already vaped weed. But some studies have shown that over a third of the original THC may remain in your AVB weed. Anecdotal feedback from AVB fans suggest it’s not quite as high as that and only 10%-20% of the original THC may remain. The best advice for anyone using AVB weed is to be cautious when testing the end products, just in case they are stronger than you thought.

If you were to roll a joint and try smoking avb you would probably notice a bitter taste and a mild effect.

Related:
What’s a high amount of THC for cannabis?

How to use already vaped weed

Your ABV weed may not be as strong as it was before you vaped it. But it still contains useful cannabinoids which can be put to good use. Instead of throwing your AVB weed away why not collect it and treat yourself to a bonus? Below are some of the most popular ways of recycling your avb weed. 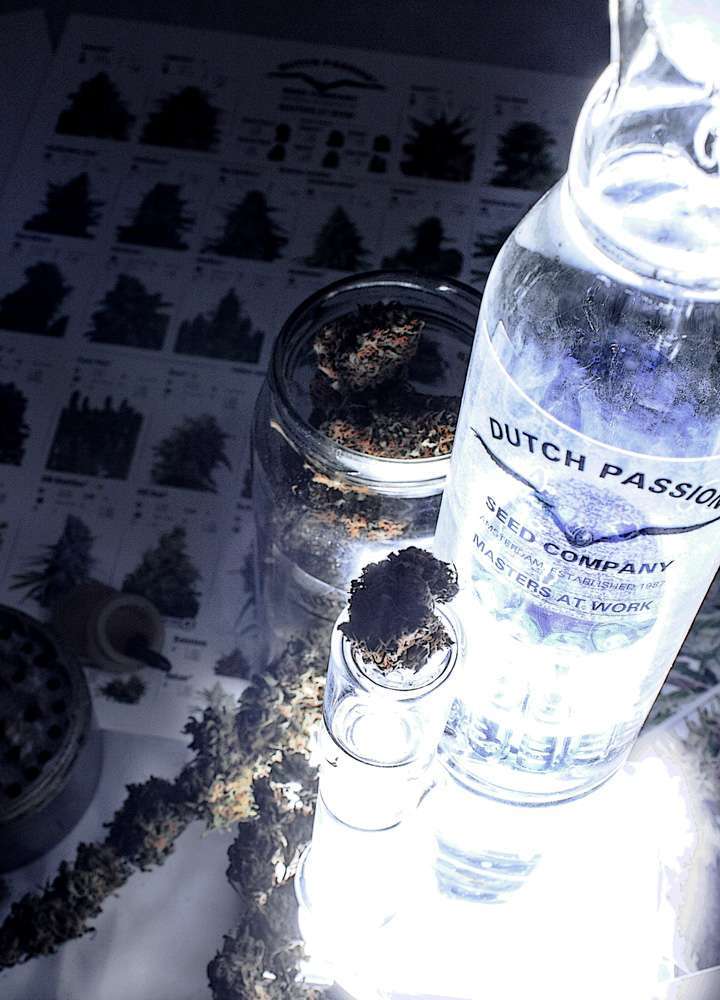 One important fact about ABV weed is that it has already been decarboxylated. That means it can be eaten/consumed without any need to heat it, the THC is already bio-available and psychoactive. Fresh, non-vaporised weed, is not decarboxylated and therefore won't get you high if it is eaten.

Given that already vaped bud is decarboxylated you could simply sprinkle it on food. However that might not be very tasty or appealing. So many prefer to try to extract the cannabinoids by dissolving them in oils/fat in the usual way and using this for your preferred ABV edible, for example Abv brownies.

A quick internet search will allow you to find some Avb recipes. Note that you can easily make avb butter (or avb coconut oil) from your vaped weed, this can be incorporated into your Abv recipe.

Related:
What are cannabis edibles?

How to make edibles with vaped weed easily and quickly

One of the simplest ways to use AVB weed is to make some toast with a generous layer of peanut butter, jam or Nutella. Simply sprinkle your ABV weed on top of it and enjoy. Or if you don't mind a bit of a challenge you could make yourself some space cake using avb butter.

Related:
How to make the best space cake 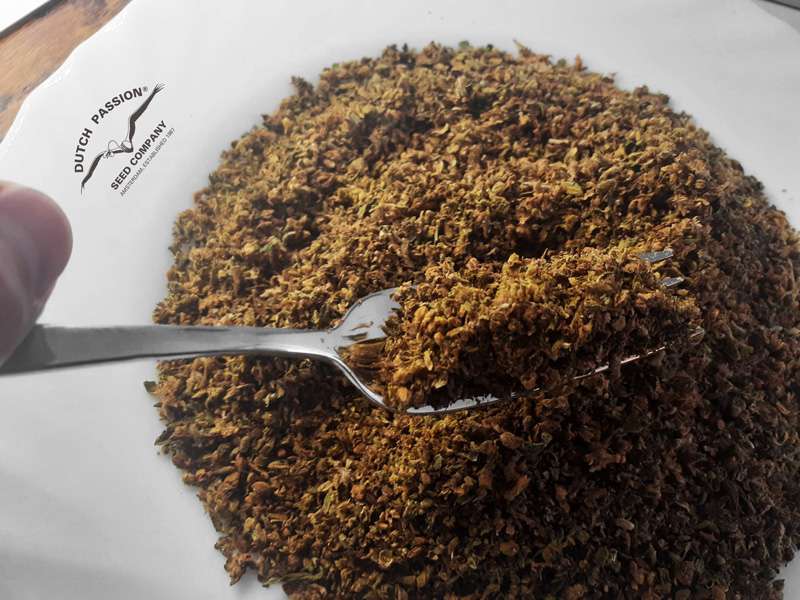 Getting rid of the bitter taste from ABV weed can be done with water curing. This relies on the fact that THC is not soluble in water, but the bitter taste is soluble in water To water cure your AVB weed simply get some cheesecloth and wrap your ABV weed inside a ball of the cheesecloth, and tie it closed. Then submerge your ABV weed in a cup of water and leave it for several days. A week should be sufficient.

You will notice that brown colours will have leached from the AVB weed into the water. Remove the cheesecloth ball of AVB weed and squeeze it. Then air-dry the water cured ABV weed. Or, if you are in a hurry, use a baking tray in an oven set around 75-90ºC for a couple of hours. The cannabinoids are insoluble in water and are therefore still present in the AVB weed, but the nasty bitter taste has been removed thanks to the water cure. You can use your water cured ABV weed for smoking or for cooking.

Remember that it isn't necessary to decarboxylate the AVB weed. Your vaporiser already took care of that. So all you need to do is to transfer the cannabinoids in your AVB weed into the oil or butter.

Use the normal methods for this. Usually the ABV weed is added to a pan which contains boiling water and butter (or oil). After 2-4 hours of boiling (be careful that it doesn't boil dry) the cannabinoids will have preferentially dissolved in the butter/oil. The cannabutter (or cannabis containing oil) can then be used for cooking in the normal ways. But note that the potency of ABV canna butter will be only a fraction of the potency of canna butter made from fresh cannabis.

Coconut oil is popular with those making cannabis oil or ABV weed oil. It’s easy to buy in most supermarkets and is easily absorbed by the body.

Usually it takes people quite some time to collect a reasonable quantity of already vaped bud. Because it is much less potent than fresh bud, don't be afraid to use plenty of it. Use one cup of water and one cup of butter, warm them up in a pan. Add a cup of ABV weed. mix and simmer. The THC is already decarboxylated and psychoactive. Simmering simply allows the oil-soluble THC to preferentially dissolve in the butter/oil. After a couple of hours filter through a cloth and allow to cool in a fridge. The following day the butter/oil will have hardened and can be removed and used in your cooking, edibles or toast! 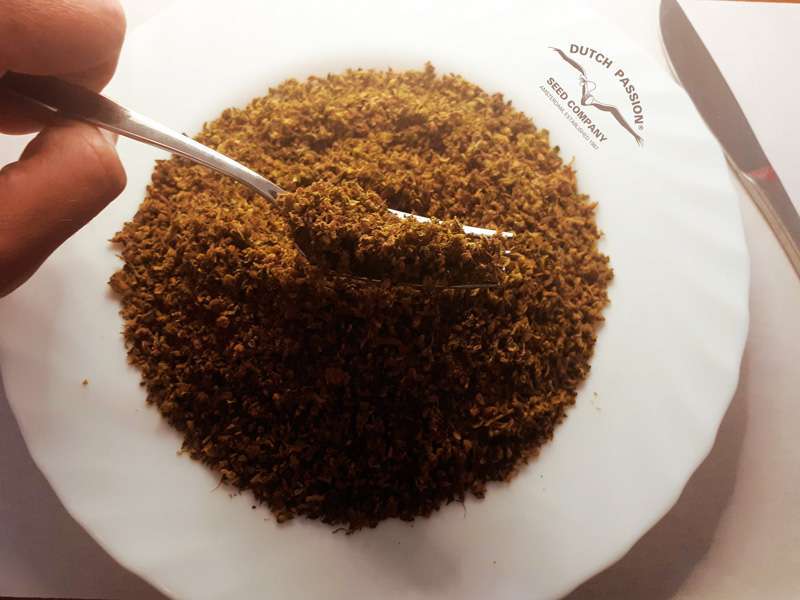 Most people like to make an oil or butter from their vaped weed. But you can simply eat it if you wish. Remember, the vaporiser decarboxylated your AVB weed. So you can simply add the vaped weed to your recipe and enjoy. Some people prefer to use a water curing process first to remove any bitter after-taste that can be present with already vaped weed/bud.

How much already vaped buds can you eat?

Much depends on your personal tolerance as well as the amount of residual cannabinoids which remain in your already vaped buds. If you assume that ‘average’ weed contains around 15% THC, then perhaps ABV weed is likely to be nearer to 3-4% THC (or even below). Abv weed does contain cannabinoids, but much less than fresh weed.

If you know how much fresh decarboxylated cannabis that you could consume, you could probably safely consume perhaps 5 times the amount of already vaped buds. However, safety really must come first with edibles. This is because it can take several hours for the high to peak, so it’s important not to over indulge initially. Test small samples, understand your potency limits and stick to them. 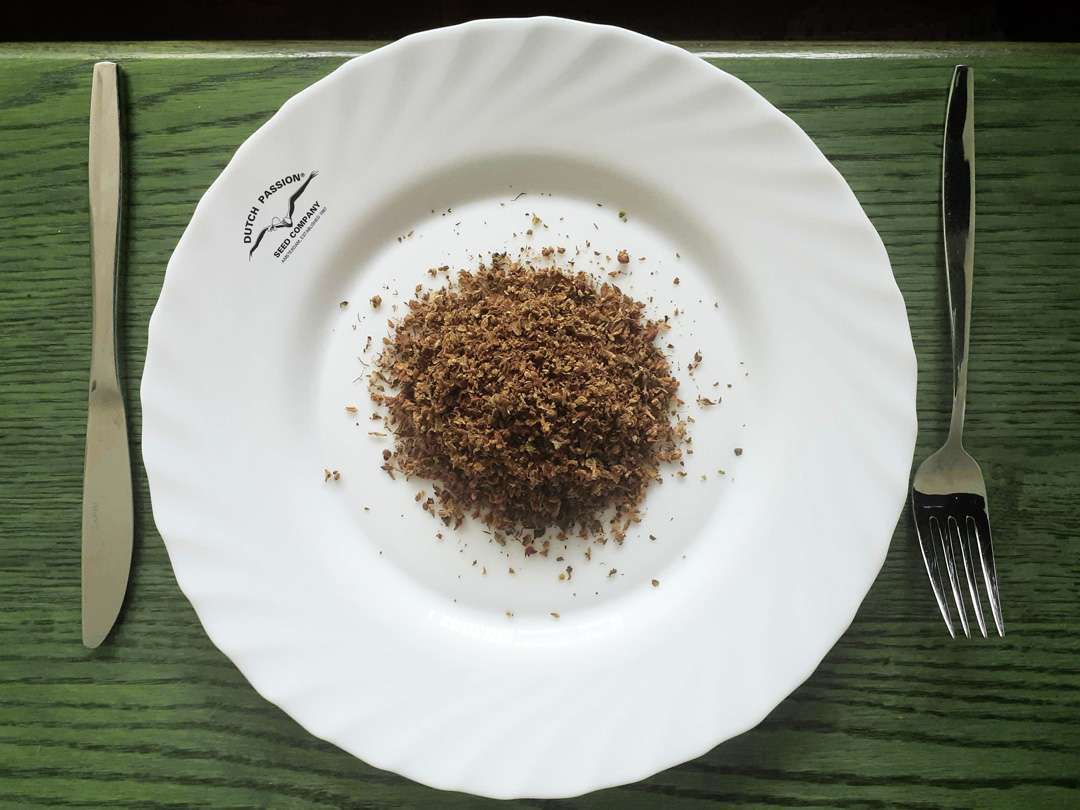 Cannabis tolerance can, and does, vary wildly from one person to the next. This makes it difficult, and perhaps irresponsible, to try to recommend dosages of ABV weed capsules. In addition to the uncertainty over tolerance there are additional uncertainties over the THC levels in your avb.

If you do make some cannabis oil from your ABV weed you may want to put it in a dropper bottle and use it as an Avb tincture. This allows you to put a couple of drops in your mouth discreetly from your dropper bottle whenever the need arises.

Some people use their AVB weed in tea and coffee. For Abv coffee, one recipe is to microwave a couple of teaspoons of AVB weed in milk. By microwaving, warming and stirring the ABV weed and milk you allow the cannabinoids to transfer from the ABV weed into the fatty compounds in the milk (remember, cannabinoids are oil/fat soluble).

You can pour the warm milk through the coffee filter into your coffee and enjoy. ABV coffee is particularly tasty and the aroma seems reminiscent of a Dutch coffee shop.

Can you smoke already vaped weed?

Yes, but you may notice that the AVB weed is nothing like the same sweetness and taste as fresh weed. That’s why many people like to water-cure their ABV weed for a few days before smoking it.

Even then, the smoke won't be as potent as that from fresh, unvaped buds. Remember that most of the THC and other cannabinoids may have been used during the initial vape of the weed. But, perhaps the less powerful high from Avb weed may be useful for using earlier in the day when you don't want to get too high.

We hope you find these ideas for re-use of your already vaped bud useful! Instead of throwing away your vaped bud, you may want to try collecting and recycling it. Good luck! 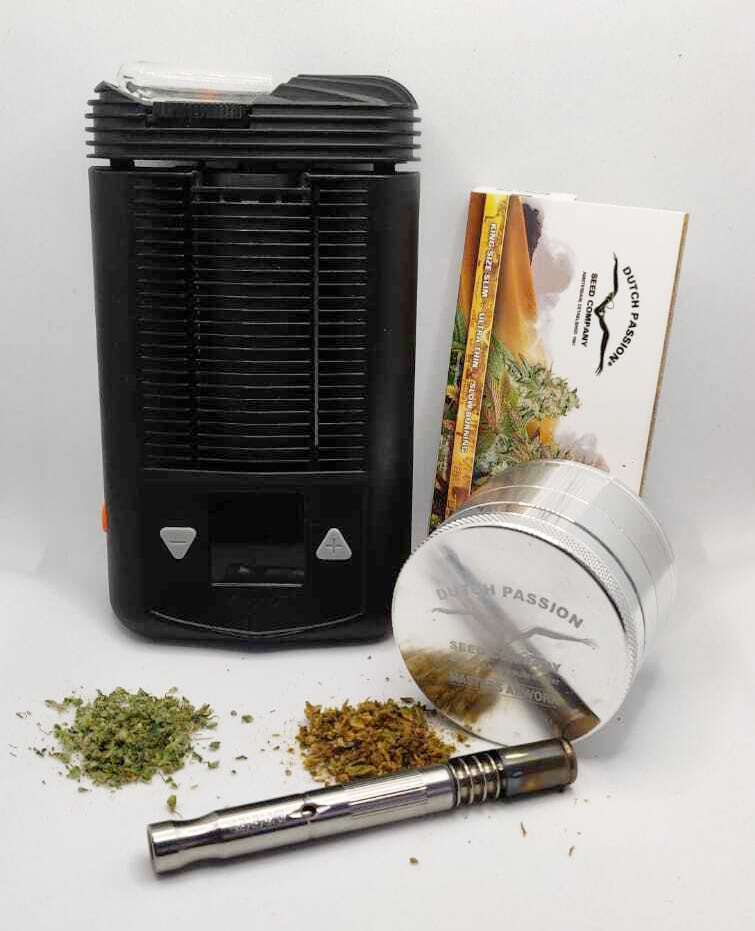 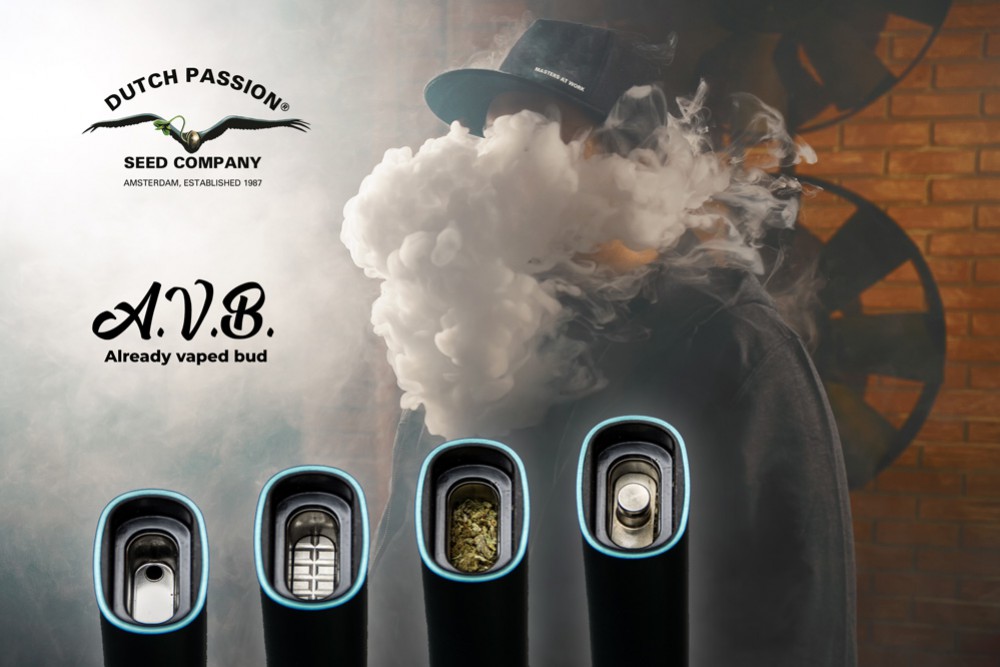 good article. ABV holds the keys to pain and sleep. it can be counted on to make you more tired than buzzed. for my use, sleep, it works great. 1/2 gram tucked into a couple caps is just right. takes about 2-3 hours for total ‘kick-in’. but i sleep much sounder. my sleep apnea machine show many fewer sleep disruptions when using ABV. your milage and dosage will vary.

Thanks for those usefull infos guys :D