What is Linalool,and what are the effects of this terpene? Linalool is a naturally occurring terpene found in cannabis and many flowers and spice plants. The scent is floral with a hint of spiciness. The natural origins and pleasing scent has meant that linalool is used in many commercial applications. It has been widely used as a scent in soaps, shampoos, and hand creams. It is also widely used as an additive to cleaning materials and detergents to add a natural scent. Linalool is a very widely used terpene and it has also found uses  as an insecticide for fleas, fruit flies and cockroaches.

Many people find that linalool reminds them most of lavender. The scent isn’t pure lavender however, there is a slight scent of spice to it. It is difficult to identify the individual aroma of linalool in cannabis. That’s because the rich and complicated scent of cannabis is formed from a wide variety of terpenes. Picking out individual terpene scents in cannabis is almost impossible. Once several terpene scents are layered on top of each other the aroma changes in a complicated way. For cannabis lovers, the combined aroma of multiple terpenes provides the unmistakable and delightfully pleasurable smell of cannabis.

Linalool is safe for the human body in the modest quantities produced by natural plants. The USA National Toxicology Program estimated that around 3.6 million Kilograms of Linalool was used around the world in 1988. Much of this was in fragrances, but some was used as natural flavouring for food. In the human body, linalool is safely metabolized down to harmless by products. THC, CBD and other cannabinoids can remain in the body for several weeks. But terpenes do not accumulate and are quickly removed. 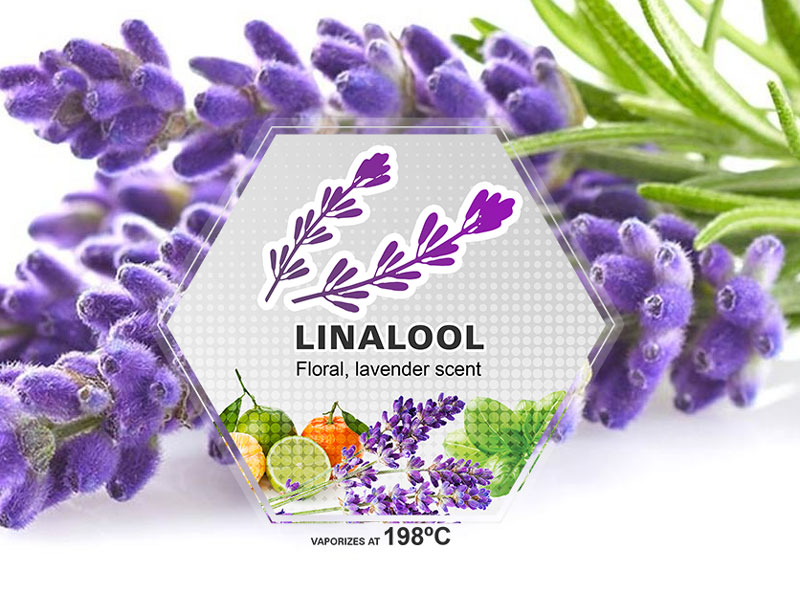 When dozens of different plants produce linalool it suggests that there are common practical uses. Linalool isn’t unique to cannabis. The insecticidal properties of linalool probably explain why so many plants produce it. A small amount of linalool production may allow the plant to repel insect invaders and survive long enough to produce seeds for the next generation. Linalool also has anti-microbial properties. This research paper shows that linalool reduces the presence of undesired bacteria on plants. This allows improved plant health.

Linalool has sedating effects in mammals. Research into traditional amazonian herbal treatments looked at several linalool producing plants, including relatives of the mint family. The research results show effects on the central nervous system, including hypnotic, anticonvulsant and hypothermic effects. The anti-convulsant properties of linalool were also found in this study which gave mice a vaporized dose on linalool. It was found that the mice were happily sedated when left in a vapor chamber of linalool for one hour. It is quite possible that linalool also has a sedating effect on humans when consumed in cannabis. Recent research has shown that the presence of terpenes can modulate the type of high thanks to the entourage effect. Perhaps cannabis seed varieties rich in linalool are those which are most sedating for some cannabis users.

Aromatherapy specialists use linalool for it’s anti-anxiety effects. The claims for anti-anxiety effects are supported by research. Another study on mice looked at the effect of linalool regarding aggression, anxiety (anxiolytic effects) and social interaction. The mice exposed to linalool showed less aggression and less anxiety, allowing easier social interaction. The research paper ends with the comment that “These results strengthen the suggestion that inhaling linalool-rich essential oils can be useful as a mean to attain relaxation and counteract anxiety”. For cannabis users, a linalool rich variety may well produce a high with pronounced anti-anxiety and stress-relieving effects.

The anti-stress properties of linalool have been confirmed with studies on rats. One of the most appreciated properties of cannabis is the fast, relaxing, stress-busting effect. Perhaps this effect is produced partly by cannabinoids, and partly influenced by terpenes acting in conjunction with cannabinoids. Once the mind feels less stress and anxiety, the body and muscles can also relax. Most people that grow their own cannabis from feminized seeds or autoflower seeds look for high quality varieties which offer relaxation and pleasure. As any cannabis lover will happily explain, once stress and anxiety is lifted, genuine rest and relaxation can really begin. Some novel research has shown interesting promise for linalool in the treatment of Alzheimers Disease. Once again, mice were involved in the research. All the mice had Alzheimers-equivalent disease and were given doses of linalool every two days. Mice given the linalool showed greater cognitive and emotional function. That isn’t to say that linalool is an effective treatment for Alzheimers Disease, but it may be a useful candidate for future investigation.

Cannabis terpenes are only just starting to be understood. Some terpenes may modulate the type of high experienced by the user, but more work needs to be done to show precisely how this happens. As scientific knowledge increases over the next decade, more will be understood about the role of linalool and other terpenes. 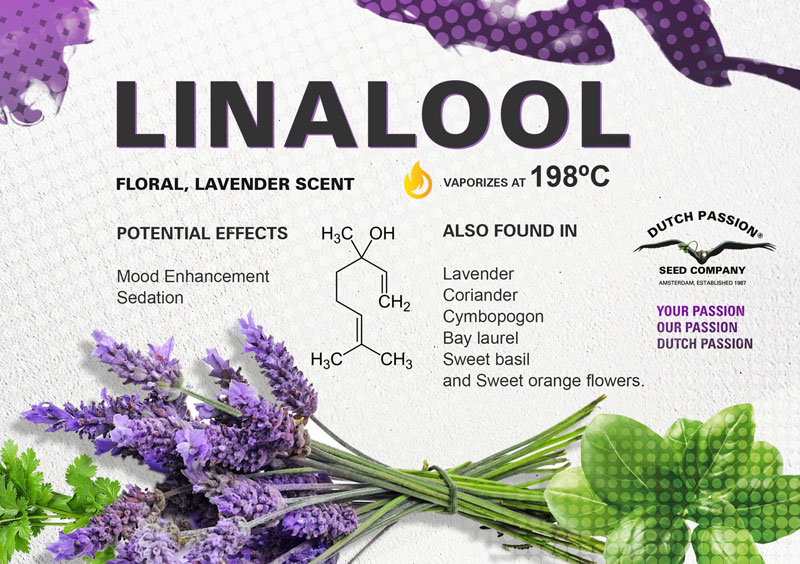