THCV vs THC: What are their uses and differences? 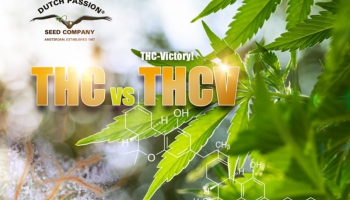 The latest THCV cannabinoid research trends combined with the release of the first commercial THCV rich feminised cannabis seeds from Dutch Passion raises a wide range of questions. Up until now it was only possible to grow and enjoy THC rich strains or CBD rich strains. Cannabis connoisseurs and growers are familiar with THC and CBD. But what will THCV be used for? Which medical conditions will be most likely to benefit from THCV? What will the comparisons of THC vs THCV look like?

At the moment there are far more questions than answers. To help you better understand what sets THCV apart from THC, we take a look over the key differences between these two compounds we know of at this point.

What’s the difference between THC and THCV?

THC, or tetrahydrocannabinol, is the most well known and widely studied of the dozens of cannabinoids naturally produced by the cannabis plant. THC is often present at levels around 15% in many cannabis strains.

Related:
What’s a high amount of THC for cannabis?

The Benefits of THCV vs THC cannabis 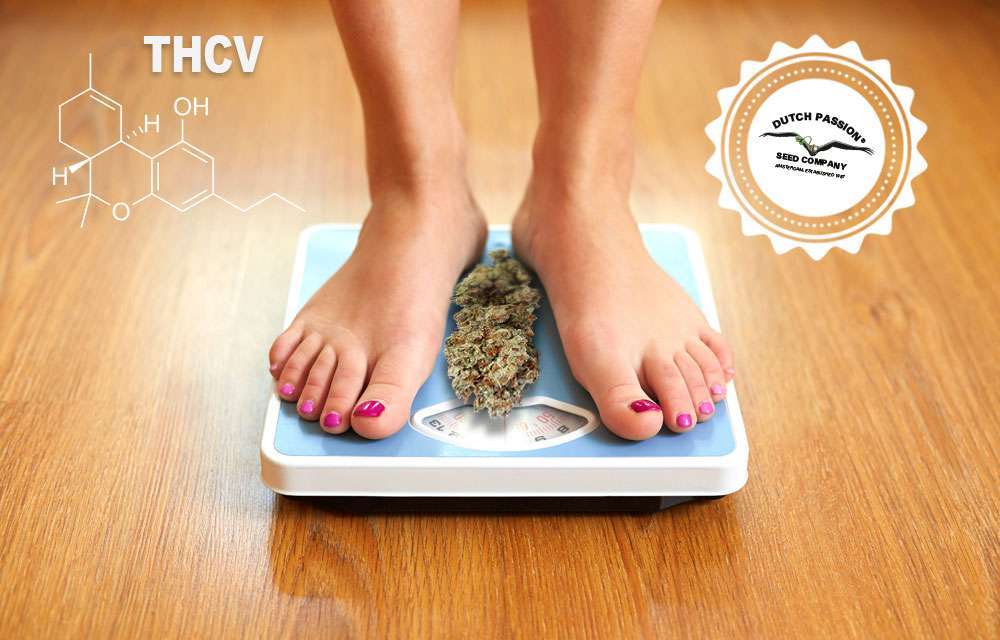 THCV, like all of the new and emerging cannabinoids, is of high interest to pharmaceutical companies. Over the last few years traditional THC rich cannabis strains and CBD rich cannabis varieties have received more medical research than ever. As this happened more and more countries have been relaxing laws on medical marijuana which has meant that more people are using cannabis for medical reasons.

GW Pharmaceuticals is already studying plant-extracted THCV for potential uses in type-2 diabetes. You can read more about the investigations into THCV (referred to as GWP42004) here. Note that at such an early stage of the release of THCV seeds, Dutch Passion are not making any medical claims about the uses of THCV.

Related:
What is THCV and what are its benefits?

Why is THCV a healthy alternative to THC?

THCV is a naturally occurring cannabinoid. It can be synthesised completely organically and naturally in the cannabis plant. The main reason for the excitement and anticipation around THCV is simply because many people are half-expecting each new cannabinoid to offer a valuable medical use.

Maybe it's logical to assume THCV will have medical uses. The boom in medical cannabis in recent years has seen plenty of media and medical reports detailing new areas of application and interest in cannabis medicine. Perhaps large pharmaceutical companies now feel obliged to investigate each new cannabinoid thoroughly. After all, there has simply never been as much interest in medical uses of cannabis. Cannabis prohibition may have stifled cannabis research for a generation. But now cannabis is a multibillion dollar industry, both for medical and recreational uses. It seems that pharmaceutical industries can’t afford not to investigate all new cannabinoids. So expect to hear a lot more about THCV in the future.

It’s interesting to see so much medical research into THC, CBD and now THCV. These are just the first 3 of dozens of cannabinoids. Imagine the medical potential from all the remaining lesser-known cannabinoids. Who knows what applications these cannabinoids will have, either on their own or in combination with others.

What are high levels of THC vs THCV in cannabis? 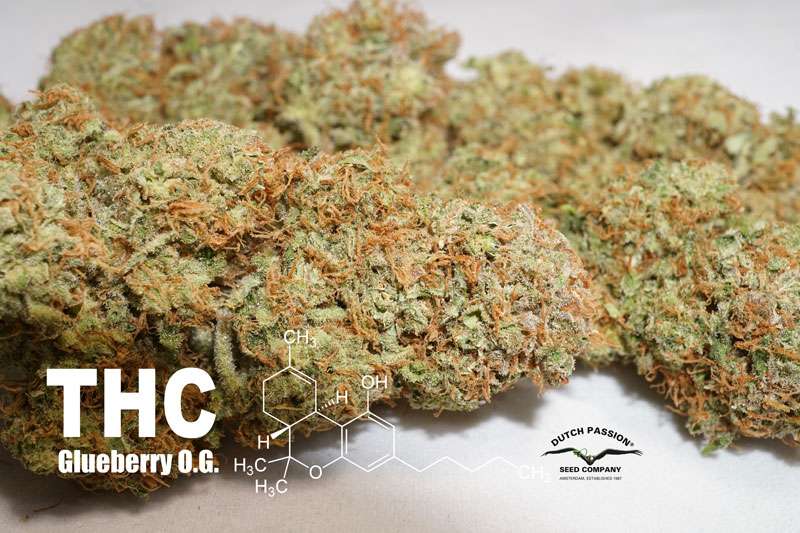 Until the arrival of THC-Victory, there were some varieties with elevated levels of THCV. Anything from 0.5% -1% THCV was regarded as a high level. Dutch Passion THC-Victory has THCV levels of around 6-8%, with a similar level of THC. This is significant improvement over previous THCV breeding efforts.

Perhaps you have wondered how to consume THCV? The buds are simply vaped or smoked as normal. But for medical applications it is likely that THCV oil or THCV extracts will also be made available eventually.

Just as some people prefer the slightly lower THC levels in CBD rich strains, we expect many recreational users will also enjoy growing THCV seeds. With a lower THC level from THC-Victory seeds, the high is not so powerful. This suits many users, especially medical users who may need to consume cannabis during the day.

The highest THC rich strains tend to produce over 20% THC in optimum conditions. Growing these cannabis seeds produces crops with powerful psychoactive effects. You may also feel a strong body stone. The combination is deeply enjoyable and relaxing. Anyone interested in growing the very strongest THC rich cannabis strains should check out Dutch Passion’s collection of extremely high THC seeds. This collection contains both autoflower seeds as well as feminised photoperiod seeds.

So far the only THCV rich cannabis strain offered by Dutch Passion, and the first THCV-rich seed variety available commercially is THC-Victory. If you grow these THCV cannabis seeds you can expect around 6-8% THCV and about the same amount of THC.

Any future variety with over 4% of THCV in the dried buds will be regarded as a THCV rich strain, just as a CBD rich cannabis strain has to produce over 4% CBD in the dry buds. It is hoped that eventually there will be THCV autoflower seeds too.

THCV effects, what does THCV feel like to smoke/vape?

One of the most frequently asked questions about THCV is ‘what does it feel like to vape/smoke THCV rich cannabis?’. One of the Dutch Passion teams most experienced team members got some buds from THC-Victory and gave the following review.

More than a year ago, Dutch Passion started making plans to introduce feminised seeds of the world’s first THCV strain. Since then I’ve been waiting for an opportunity to try it. The seeds have been carefully stored in our fridges for the past two weeks. The people in our office are all passionate cannabis enthusiasts and the arrival of THCV seeds mark an important point for the cannabis community. THC and CBD were the two most well-known cannabinoids. Now THCV is set to join the party.

Before we start selling and promoting our products, the Dutch Passion team want to know exactly what we are dealing with. Preferably from our own experience. So I was thrilled, and particularly excited, when the first sample of finished buds of THC-V arrived on my desk. Here’s my experience:

When I received my THCV sample it was a really tiny bud. Exactly 0.3 grams. Perfect amount for a sample, you might say. The aroma was just like the typical smell of weed, with hints of herbs and tea. What stood out for me, in terms of visual appearance were the long brown hairs, which were clearly visible. The bud itself had a fox-tailed structure. The buds were not too hard, but rather had a crumbly texture. You could tell that the grower had let It dry and cure with a lot of patience.

Usually I prefer my PAX3 vaporizer to consume my products. My colleague kindly reminded me that THCV has a vaporizing temperature of 220 degrees Celsius. Unfortunately, the PAX3 has a maximum heating level of 215 degrees. I wouldn’t take the risk of spoiling my precious 0.3 grams without vaporizing the THC-V components. So, on this occasion I borrowed the office Fuzion Pro vaporizer. We use this from time to time, to stimulate our brains if we run out of great idea’s! The big plus of this Fuzion Pro vaporizer is that it can be set to a maximum temperature of 220 degrees. Perfect. I was getting increasingly excited.

After carefully grinding the product I filled up the vaporizer and set the temperature to 220 degrees. Normally I set the PAX3 to a temperature of around 190 degrees. I was worried that 220 degrees would cause the vape to give a burning sensation in my throat. Luckily that wasn’t the case. The vapour went smoothly down my throat and filled up my lungs. At first the taste was more herb-like. It was soft and didn’t produce a burning/scratching feeling. Neither did it give you the feeling you have to cough. A couple of hits later there was another taste with hints of a very smooth cigar. After putting the vaporizer away, I still felt the taste in my mouth for a long time. However, it was a pleasant taste and not something you want to wash away.

After only a few minutes, I felt the THCV weed kicking in. Maybe it was because I knew that I was about to write an important review that I felt everything more clearly than normal. I felt some mild pressure, above the eyes and in my stomach. Getting stoned went pretty fast and strong within 15 minutes. After 15 minutes, it felt like the sky had fully opened up on a cloudy day. It felt very pleasant and enlightening, as if things could be seen more clearly. This effect was one that I had definitely never encountered with any other cannabis strain. Alongside this I still felt very ‘THC stoned’ in the rest of my body, however my head felt light and clear. It’s a strange combination, one that is simply not easy to describe. The clear feeling lasted for about half an hour. When it started to mellow down, I decided to take a couple more hits which extended the great feeling of mental clarity.

I always use my vaporizer at the end of the day, when everything I want to do is finished and the kids are in bed. I normally finish the last few hours of my day relaxing with my vaporiser, enjoying being locked to the couch! However, the effects of THC-Victory were different and gave me the feeling that I could do anything, when normally it would be almost time to go to bed. The euphoric and intense high of the THCV didn’t last too long and after an hour and a half, it seemed like the THCV part of the weed slowly started to diminish. The THC part however, kept doing its work, taking me to the sweet/stoned, chill-mode feeling I’m used to.

There are some powerfully intense and extremely strong Sativa strains. For the less experienced cannabis user these may produce an anxious feeling. THC-Victory is nothing like that. The high is clear and gives you a secure feeling and a bright mind, while the THC seems to keep the rest of your body in relaxed mode.

I do get the munchies (a strong appetite) when I vaporise. I think that also has something to do with the timing of my smoke sessions, usually a few hours after dinner. During the ‘bright high’ effect of THCV, I didn’t notice the “go eat something” trigger your body gives when you are heading for the munchies. That came as a pleasant surprise. according to the first studies made, "appetite suppression" could be an effect of THCV and actually I really wondered how it would feel.

The morning after, it seemed to me that it was easier getting out of bed then normal. I felt clearer, lighter and more energetic than usual.

I’m now really looking forward to growing some of this strain myself and doing some long-term testing afterwards to truly find out the pros and cons of THCV. If indeed the THCV is causing the extremely enlightened feeling, it is probably held back by the THC. So I think that the next stop should definitely be a THCV-only strain to see what else this cannabinoid has to offer us. In other words, it would be nice to see a THCV strain without THC, just to see what the effects are. In the meantime, I am quite happy to enjoy THCV alongside THC! 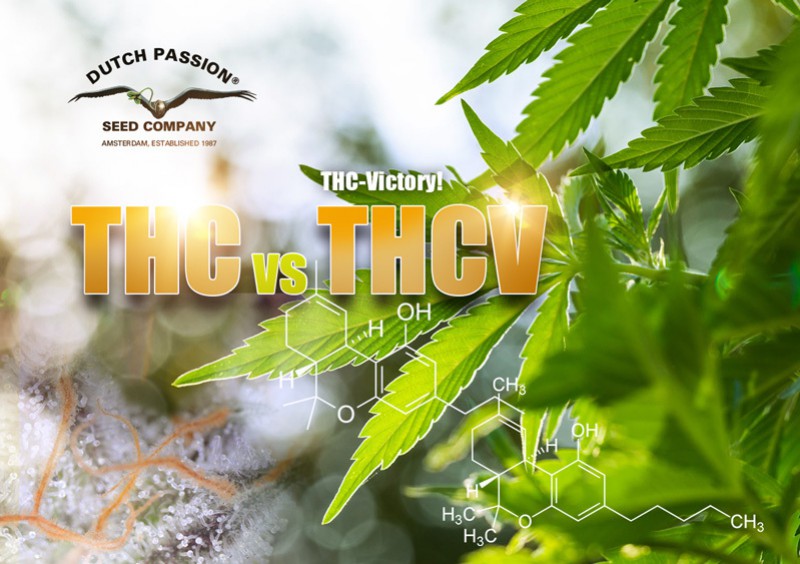