One subject that tends to annoy the cannabis community is that of hermaphrodite plants, sometimes called ‘hermies’ on the home-grown circuit. Hermies are typically females that develop male, pollen-producing staminate features at some stage in the female flowering process. Many garden plants, fruits and vegetables also show hermaphroditism and so does Cannabis.

If you don’t really understand the male/female cannabis details then get yourself a smoke and a coffee and read our full guide on sexing cannabis plants.

Related:
Sexing Cannabis: How to tell if your plant is male or female?

In a frantic last effort to produce seeds for the following spring, the female cannabis plants may produce pollen. Often this may happen at the very end of the flowering cycle. Even though this maybe too late to turn any of it’s own delicious bud into seed, the hermie produces pollen in the hope that it will find its way to immature female flowers on another plant nearby. Hermies are an occasional natural survival mechanism, one last shake of the evolutionary dice to procreate before death. Hermies can also be encouraged by small stress stimuli in the plants environment. 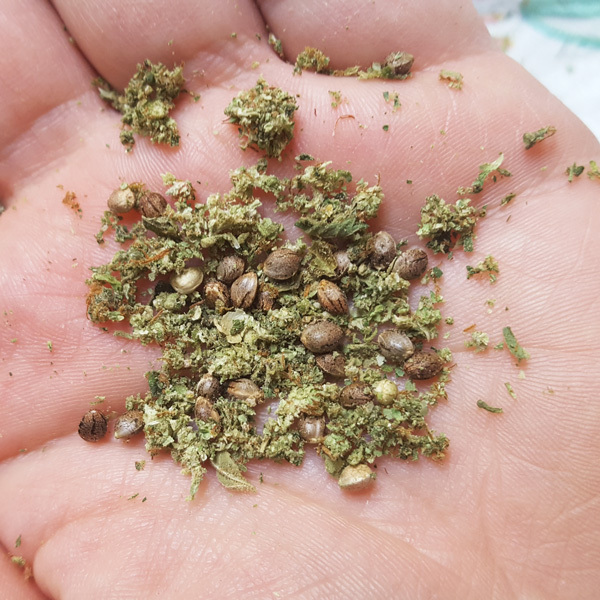 The best way to deal with the occasional male flowers on a female plant is to nip them off and flush them down the sink. If male parts do appear on a female plant it is often too late to impact the crop being grown. A bit of male pollen around harvest time is far too late in the cycle to affect your precious bud.

If male flowers appear early on in the flowering process then it may point to a problem in the growroom. Modern feminised seed, at least from the better seed suppliers, is these days unlikely to be the reason for hermie problems during the grow. Some of the early feminised seeds did have hermie tendencies, having said that it is also fair to say that feminised seed has improved a lot since the early days and feminised seed has simply never been as good as it is today.

It still surprises many to know that around 80% of Dutch Passion varieties are at their most potent and most uniform when grown from feminised seed. Feminised seed now accounts for the overwhelming majority of the seeds we sell. Nowadays the feminisation techniques used to produce feminised seeds is pretty sophisticated and based on a lot of experience. If you have been avoiding feminised seed due to hermie concerns then it may be time for a re-think. 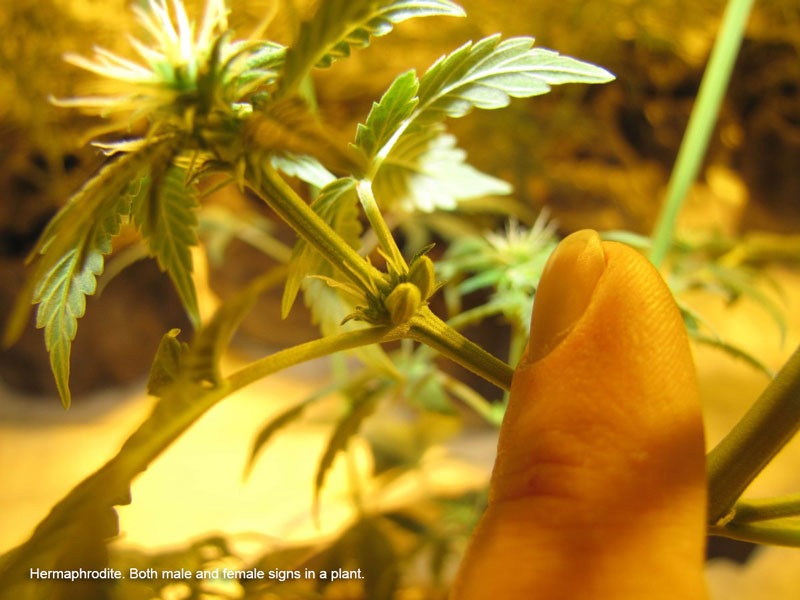 Here on the Dutch circuit, feminised seed has been the only way to go for many years despite the occasional poor reputation of the early first generation feminised seeds. Even today there are some strains that may show hermie tendencies if grown in below-standard conditions.

Blueberry is one such strain, we have never promoted this as an easy strain to grow, it suits the experienced grower who can really get optimised conditions. Blueberry is a strain which is thought to have a have had ancestory which included a plant with slight hermie tendencies.

These tendencies can reappear today when something small stresses the plant. So Blueberry is perhaps not the best choice for rookie growers, I know people who only ever grow this variety but do so with the benefit of many years experience and have never seen hermie issues. At the same time I am aware of first-time growers who have bought a pack of Blueberry seeds and had hermie issues, they may have been better off with a more bullet-proof strain such as Skunk #11 for a first grow. 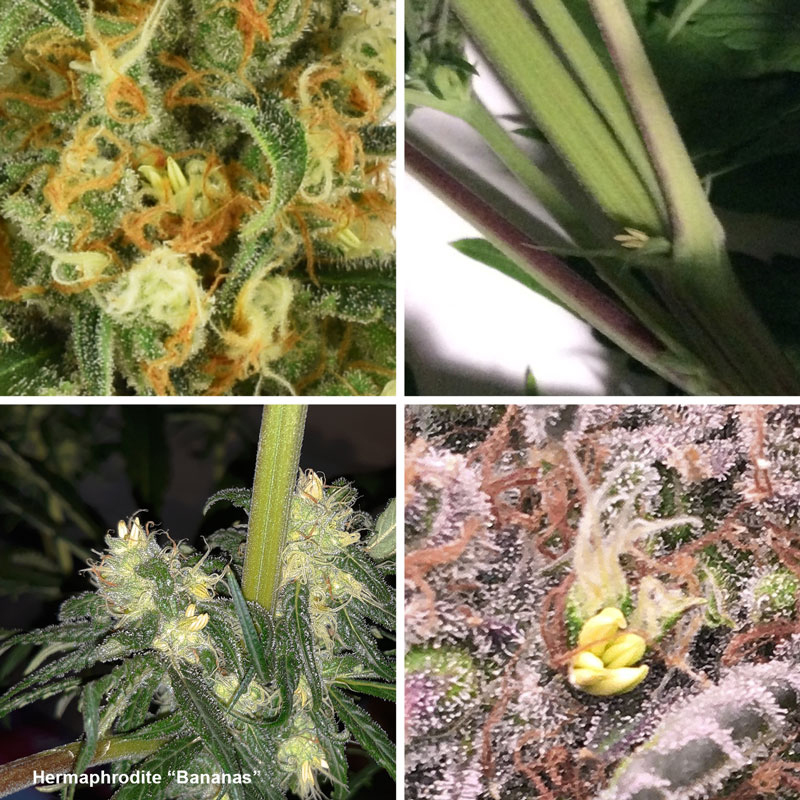 So don’t be put off buying feminised seeds from one of the better seed companies. Feminised seed should give rise to more uniform plants with the highest potency if you are giving the plants the right growing environment. Remember the other advantages of feminised seeds – no males ever, which allows your growroom or garden to be smaller, more efficient and easier to manage.

More people than ever are saying goodbye to the dealer and growing their own stash. With good quality seed selected for your growing requirements, modern home grown is better than that sold on the streets. Feminised seeds and Autofem seeds have made it easier than ever to be self sufficient.

Awesome very well presented !!! And info is very helpful thanks !!! :-)

Is it bad to refeminize already feminized seeds?

I've just had problems with a sweet tooth strain,5 of 6 turned but there was a cheese plant tht was male in beside them so not sure if they were turned by him or if they were stressed and turned hermi on their own,any Advice wld be helpfull,i use plant magic soil,canna terra vega and terra flores nutrients,i have 1000watt of light,sunmaster bulbs,i veg with a t-5 blue spectrum 100watt,there is more than enough space,we're trying the same strain of sweet tooth alone,diffrent location but everything else is the same I'd appreciate any tips