As the end of 2013 draws close we would like to wish a Happy Christmas and a peaceful New Year to all our readers, customers, distributors and friends. 2013 has been a great year for cannabis lovers, we have seen the USA legal pot states of Colorado and Washington starting to enjoy legal cannabis. And we have seen numerous other USA states drafting regulation for legal medical/recreational cannabis. Within a couple of years the USA will have over half of it's states with legal pot.

Uruguay has been the boldest of all, becoming the first nation to fully revoke the ridiculous and unworkable prohibition of cannabis. The production, distribution, sale and enjoyment of recreational cannabis in Uruguay is now official. The rest of the world will surely follow as a fresh wave of political common sense begins to move around the world. The moves by Uruguay, Colorado and Washington might have seemed unthinkable just a few years ago. It shows how fast things are moving and we can expect more in 2014. Cannabis is becoming mainstream.

For Dutch Passion it has been a year of growth with our AutoFem varieties proving particularly popular. AutoFem’s now account for almost half the seeds our customers buy, with yields and potency now firmly on the same levels as our time-proven traditional varieties.  We have some great new additions to our 2014 collection.

And 2014 should see more of the same. We hope, and expect, continued legalizations in North and South America. We also hope to see politicians in Europe, South Africa, Asia and elsewhere to take a critical look at their own cannabis laws and relax them.

The world of the self-sufficient medical and recreational cannabis growers has never seemed as good. We hope it continues and we would like to wish you personally every success in the coming year.

From the whole Dutch Passion team, 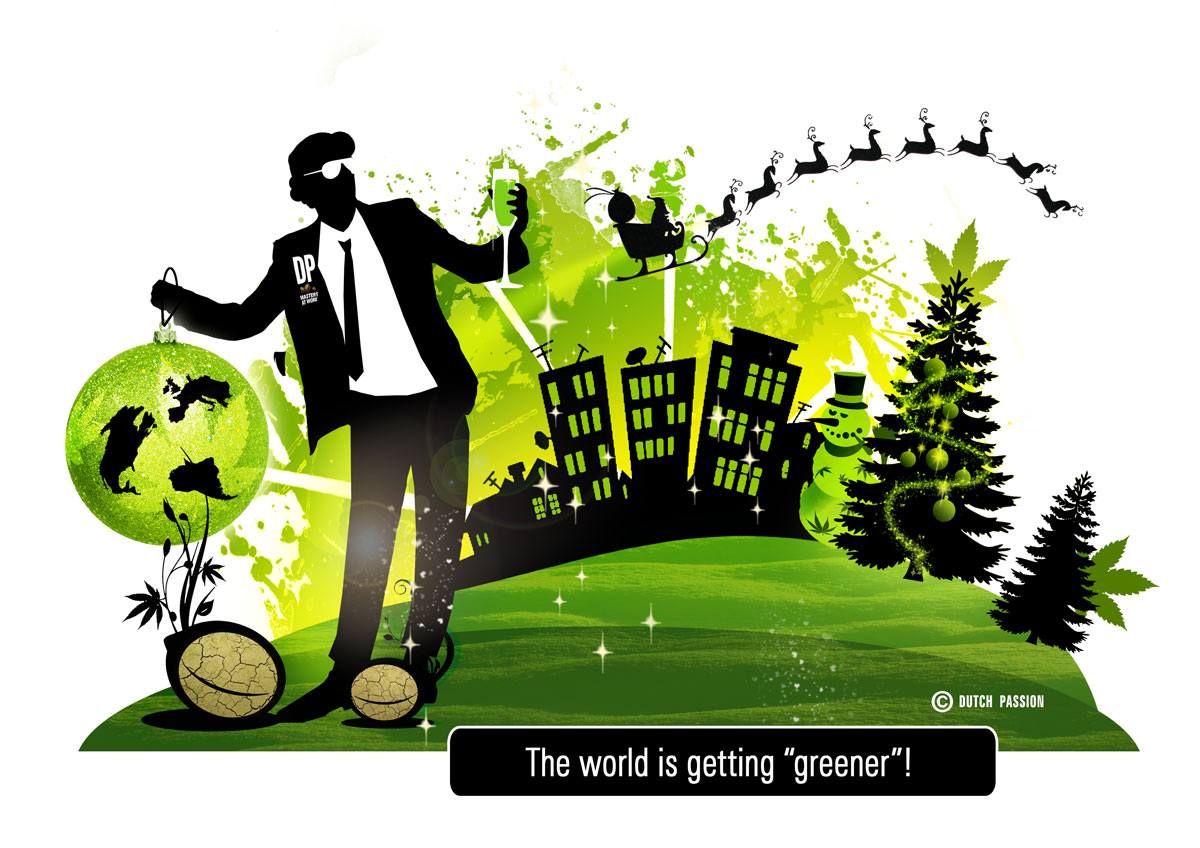