World Drug Report 2006 has been published

Although the World Drug Report always adopts a biassed, negative attitude towards drug including cannabis, it regularly yields highly interesting and most
detailed data on the world of cannabis. Right now cannabis in relative amounts is produced in about 176 countries around the world.
Hashish is presently produced in about 40 countries in the world, with main sources being Morocco, Afghanistan and Pakistan.
The total worldwide area under cannabis cultivation is estimated at 231,000 hectares. There has been a sharp drop in cannabis production in Morocco:
The area under cannabis cultivation dropped sharply in 2005, from 120,500
hectares in 2004 to an area of 72,500 hectares in 2005. Accordingly hashish production in Morocco declined from 3,070 metric tons in 2003 to 2,760 metric tons in 2004 and 1,070 metric tons in 2005.
The Government of Morocco reported the complete eradication of all cannabis
cultivated in the Larache province, which, in 2004, accounted for ten percent of
overall cannabis cultivation in the country.
The area under cannabis cultivation in Afghanistan is estimated at 30,000 hectares. Most marijuana seizures were reported from Mexico, followed by the United States, South Africa, Nigeria and Morocco. Most seizures of hashish were
made by Spain (amazing 54%), followed by Pakistan (9%), France, Morocco Iran
and others – at the end of the list, the Netherlands with the fewest hashish seizures
of all.

The report involuntarily underlines the helpnessness and failure of global drug
policies: "Cannabis is everywhere. There is no region in the world where cannabis is not the dominant illicit drug, and few regions where cannabis use is not growing.
It is everywhere, and spreading". But instead of finally drawing the logical
the logical conclusion which is decriminalisation or legalisation, the report once
again spreads the wellknown prejudices and misinformation on cannabis.
The respective chapter is entitled "Cannabis – Why we should care",
and it goes like this: "Impact on public health: Three reasons to worry" […]
As usual, the devasting effects of various legal drugs and these drugs
themselves are not mentioned in the report. 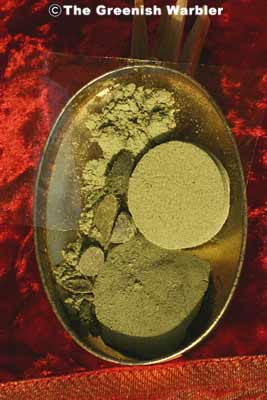 "Hashish is presently produced in about 40 countries in the world"

The latest bulletin of the ENCOD (European Coalition for Just and Effective Drug
Policies, www.encod.org) reports on a series of encounters between Belgian, Dutch
and French authorities in the last week of May, to speak about possible solutions for the drug tourism issue in Dutch border regions: "Scientific research was
presented, indicating that coffeeshops effectively reduce criminality and
public nuisance, and that police operations against drugs production and
distribution in the Netherlands have been followed by an increase of the same
phenomena in Belgium (the so-called ‘waterbed-effect’).
Thus it became clear that no matter how much legal and police authorities on
both sides of the border will increase their co-operation in the fight against drugs,
all that will be achieved is a relocation of the market from one place to
the other." Certainly another realization that exemplifies the need for extending
the Dutch model to all European countries and beyond.