When wolves are guarding a cannabis plantation...

Prize question: Guess what 150 combat dogs and two wolves were recently doing in Bosnia? Guarding a huge marijuana outdoor plantation! In North Bosnia, the police accidentially discovered 2290 plants on a remote farmstead. It is not known how they managed to put the aggressive mob out of action.

It didn`t really come as a surprise when last week Dutch justice minister Piet Hein Donner opposed allowing large-scale farming of marijuana in a pilot project near Maastricht. He told the legislature in The Hague that allowing regulated farming would amount to outright legalization, which he said was unacceptable under Dutch law and international treaties. He even signalled he was ready to resign rather than carry out the proposal, telling the MPs that if they wanted to allow cultivation, "then you need to find a different kind of justice minister". The key coalition party VVD appeared to swing behind him in order to avert a cabinet crisis. But the political struggle for a further liberalisation of the Dutch cannabis policy will certainly continue.

Good and bad news recently came from Germany. The good news is that a vast majority of German citizens, 77 percent, meanwhile supports medical use of cannabis, as shown by a study by the Institute for Opinion Polls Allensbach conducted in June. According to the German Association for Cannabis as Medicine
(ACM) that commissioned the study, this was the first representative survey on this subject in an EU country! A large majority also favours that the costs of treatment with dronabinol, the active component of cannabis, are covered by health insurances. The highest support was found among the better educated and among supporters of smaller parties, i.e. of the Liberals (FDP, Free Democratic Party), the Greens and the Socialists (Left Party). But also among the respondents who completed secondary school and among devotees of the Christian Democratic Party (CDU/CSU) this proportion was above 70 percent. Now the ACM and other lobby groups have gained an excellent new argument for the legalisation of cannabis as medicine: The population`s support! Finally the German government actually cannot ignore this topic any longer. 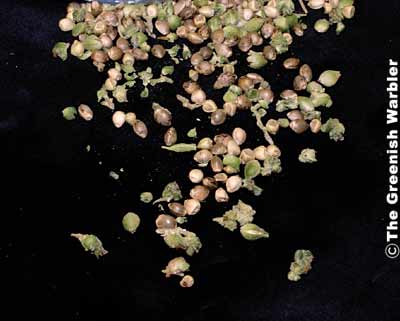 Meanwhile the consequences of a 2005 police bust of the Austrian seed dealer hanfsamen.at become more and more scaring. On this occasion, the Austrian police had confiscated the customer list also including a lot of German addresses. In Germany, in contrast to Austria, both possession and use of cannabis seeds destined for cultivation is illegal. Most obviously the address data were handed on to German authorities, and as a result, meanwhile 78 house searchs and 23 police summons with on the whole 104 affected people have taken place in Germany. But despite the ban on seed sales in Germany, there are a couple of internet-based underground seed companies that try their luck. In mid-June, one of these companies, based in a small town called Scharnebeck, was busted by German police. The website had been under police surveillance for a long time before the bust. The authorities confiscated a lot of seeds and also the company computer containing 400 addresses of German customers. Now again several hundreds potential German growers are anxiously facing unwanted visits by the police.

Another good news from science: Leading pain experts name cannabinoids among most promising substances to treating neuropathic pain Cannabinoids are the most promising approach to treating a common type of pain, according to an elite group of pain specialists convened by MedPanel to discuss the challenges and
future of treating neuropathic (nerve injury) pain. The condition is frequently seen in patients with diabetes, cancer, HIV, diseases of the central nervous system such as multiple sclerosis, and after certain surgeries.