I think this is an entirely legitimate topic for debate, but I'm not in favor of legalization," he said in response to a question from Law Enforcement Against Prohibition (LEAP) member Mackenzie Allen. "I am a strong believer that we have to think more about drugs as a public health problem. When you think of other damaging activities, such as smoking or driving without seat belts, we have made huge strides by changing people's attitudes. 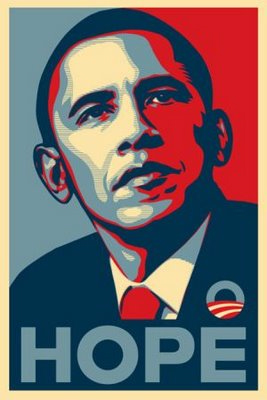 With drugs we have been so focused on arrests, incarceration, and interdiction, that we don't spend enough time focusing on demand." That would require "shifting resources and being strategic," he said, citing lengthy waits for drug treatment. "We also have to look at what we're doing with nonviolent first-time drug offenders," suggesting that drug courts could be an answer. "These are all issues worth exploring," he said. Legalization and related issues made more than a respectable showing in the lead-up to Thursday's YouTube "Ask Obama" forum -- of the top 200 most popular questions submitted, nearly all were on drug policy.

The legalization question followed other questions submitted about jobs and the economy, education, a series of "personal questions" ("What's the best and worst thing about being president?" "Who will win the Superbowl?"), the role of social media in the ongoing Middle East unrest, US policy in Iraq and Afghanistan, and energy policy.

Germany: Applications for personal cultivation of cannabis for medicinal purposes cannot generally be dismissed, the Cologne Administrative Court has ruled.

In a ruling of 21 January, the Administrative Court of Cologne has decided in part in favour of a patient suffering from multiple sclerosis, who had applied for an approval for personal cultivation of cannabis for medicinal purposes. The dismissal of 10 August 2010 by the Federal Institute for Pharmaceuticals and Medical Products  (BfArM), which is controlled by the Federal Health Ministry, was unlawful, the court said.

Now the Institute has to re-examine the application. The notification of 10 August 2010 was mainly substantiated on the basis of security concerns with regard to cultivation in the home, the use of a non-standardized substance and the alleged damage to the international reputation of Germany by allowing personal cultivation of cannabis. In addition, the BfArM argued that the applicant can buy cannabis in a pharmacy. Michael Fischer from Mannheim has required cannabis for many years, and was acquitted in a criminal procedure in 2003 for violation of the narcotics law, since it was ruled that he acted in a state of emergency.

The dismissal of 10 August was based on a directive from the Federal Health Ministry. Notes in the records of Mr. Fischer at the BfArM state that permission for personal cultivation of cannabis in his case was "without alternative," but the Institute had to follow the directive. Now the Ministry has not only sustained a judicial defeat, but also must address critical questions from members of the German Bundestag on this issue.

USA/Mexico: Drug Smugglers Use Catapult to Launch Bales of Pot Across Border

Surveillance Video Shows Men Loading Catapult With Packages of Marijuana - Grainy surveillance video shows drug smugglers putting a new twist on their crime by using a catapult to launch small bales of marijuana across the Arizona-Mexico border. The video was taken the night of Jan. 21 by National Guard troops monitoring a series of surveillance cameras near Naco, Ariz., officials from the U.S. Customs and Border Protection said.

The black and white video shows at least four men near an SUV loading a three yard catapult and flinging the pot over the border fence. Border Patrol agents contacted Mexican authorities to thwart the smugglers, officials said. The men reportedly fled from the area to avoid apprehension, officials said. Mexican police seized approximately 45 pounds of marijuana, the catapult and the SUV belonging to the smugglers.

The catapult was found on a flatbed towed by the SUV. Border Patrol officials said that none of their cameras detected anybody on the U.S. side of the border, but they believe people were expected to pick up the drugs at a later time. The catapult was capable of launching 4.4 pounds of marijuana at a time, a Mexican Army officer told the Associated Press.

Ellen Story, D-Amherst, responding to the 69 percent of the voters in her district who instructed her to vote "in favor of legislation that would allow the state to regulate and tax marijuana like alcohol" on Nov. 2, 2010, is sponsoring "An Act to Regulate and Tax the Cannabis Industry."

Assigned House Docket Number 01091, it will receive a bill number in the near future. If enacted, the state’s current prohibition upon adults having or growing a personal supply will be repealed, analogous to alcohol-control laws for home winemaking.

According to research at the Louisiana State University in New Orleans, USA, the endocannabinoid 2-arachidonoylglycerol protects nerve cells against the damage by beta-amyloid.

Beta-amyloid is  increasingly produced in Alzheimer's disease. Researchers noted that their "results suggest that elevation of endogenous 2-AG by inhibiting its hydrolysis has potential as a novel efficacious therapeutic approach for preventing, ameliorating or treating  Alzheimer's disease."