USA: Initiative to Legalize Marijuana in Nevada Filed, Vote Will Come in 2012

Ganizers of an initiative that would tax and regulate marijuana in Nevada filed it with the secretary of state's office in Carson City Wednesday. That is the first formal step in getting it before voters in the November 2012 elections. The initiative would: Legalize the possession of up to an ounce by adults; Provide for up to 120 licensed retail outlets statewide; and Provide for up to 50 licensed growers to supply licensed retailers. Retailers would have to pay a $2,500 licensing fee, and would collect sales tax on retail sales. 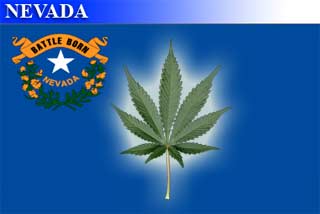 USA: Initiative to Legalize Marijuana in Nevada Filed, Vote Will Come in 2012

Growers would have to pay a $5,000 licensing fee and would collect a wholesale tax of $50 an ounce from retailers. The initiative has no provision for growing your own.Backers will need to gather 97,002 valid signatures to send the measure to the 2011 Legislature. If lawmakers fail to act, it would be placed on the 2012 ballot. The initiative is sponsored by Nevadans for Sensible Marijuana Laws, which is backed by the Washington, DC-based Marijuana Policy Project (MPP).

A plan to make Dutch border town cannabis cafes members only in a bid to thwart "drug tourism" is on indefinite hold, a Dutch official said Monday. The plan, which was supposed to go into effect January 1, needs further study, the official said. "We need to finalize our preparations before we can put the project into operation," said Petro Hermans, a project officer for the southeastern city of Maastricht.

"We are studying the legal feasibility of the project," he said, adding the date of January 1 "was not practicable." Maastricht is one of eight municipalities in southern Limburg province that announced jointly last May they would make the 30 coffee shops in their jurisdictions members only. The plan would also reduce the daily limit on marijuana purchases from five grams to three and require that payment be made with a Dutch debit card.

The measures are a bid to reduce the estimated four million visitors to Limburg each year who come from more repressive neighboring countries -- France, Germany, and Belgium -- to buy marijuana. Limburgers have complained that the drug tourists cause problems ranging from traffic congestion to public urination to hard drug dealing. Back in Limburg, Hermans said that a report on the feasibility of the members-only plan was due by mid-month. "We will then decide how to proceed," he said.

Colorado medical marijuana patients have a constitutional right to buy it, not just use it, a district judge ruled December 29. The ruling came in a lawsuit by the CannaMart dispensary, which sued the city of Centennial after it banned dispensaries, forcing the dispensary to move to a neighboring community.

In banning dispensaries, Centennial had argued that it could ban them because they violated federal drug laws. Using the same argument, other towns in Colorado have banned or are considering banning dispensaries, which have mushroomed in the past year in the wake of state health department administrative rulings and the Obama administration's vow to not harass medical marijuana providers acting within state laws.

But in granting CannaMart's request for an injunction blocking the city from keeping the dispensary closed while it challenges the city's federal argument, Arapahoe County District Court Judge Christopher Cross had some harsh words for cities making that argument. Centennial violated the rights of three medical marijuana patients who joined the lawsuit, he said. "These are people who have a right to medical marijuana, the right to the caregiver of their choice. That has been taken away from them," Cross said.

In a political maneuver designed to shield his embattled Conservative government from criticism during the upcoming Winter Olympics in Vancouver, Canadian Prime Minister Steven Harper on December 30th "prorogued," or shut down, Parliament until a new session begins in March. The move kills all pending legislation, including a Tory "tough on crime" bill, C-15, that included mandatory minimum nine-month prison sentences for growing as much as a single marijuana plant.

Proroguing parliament is not a routine move, but this is the second time Harper has done it in a year. Last December, he did it to head off a looming vote of no-confidence, with a coalition of New Democrats, Liberals, and Bloc Quebecois looking to replace his Conservative government. Now, he says he is doing it to introduce a new budget, but the maneuver also kills all parliamentary committees, including one looking into allegations Canadian soldiers in Afghanistan turned detainees over to Afghan authorities who abused them.

That inquiry has raised embarrassing questions about Canada's policies in Afghanistan. To the relief of drug reform advocates and Canada's cannabis culture, the move kills a bill that was very harsh and very near to passage. Under the provisions of C-15 as passed by the House, people growing between one and 200 marijuana plants faced a minimum of six months if the "offense is committed for the purpose of trafficking." That would rise to nine months if it were a rental property, if children were endangered, or if the grow presented a public safety threat, i.e. was stealing electricity. The bill mandated a one-year minimum for between 201 and 500 plants or for producing hashish and two years for more than 500 plants.

It also had one-year minimums for importing or exporting marijuana and for trafficking more than three kilograms if it was for the benefit of "organized crime," there was threat or use of violence or weapons, or if the offender had a serious previous drug offense. The trafficking minimum jumped to two years if it occurred in a prison, if the trafficking was to a minor, or if it was "in or near a school, in or near an area normally frequented by youth or in the presence of youth."