USA - In sentencing a California pot shop owner to a year behind bars on federal charges of cultivating and selling marijuana, a U.S. district court judge based in Los Angeles suggested that the federal government change marijuana's outlaw status. Judge George H. Wu was very sympathetic to the plight of 47-year-old Charles Lynch, who was convicted in 2008 after federal authorities moved against his Morro Bay dispensary despite his bending over backwards to abide by California's medical marijuana law. 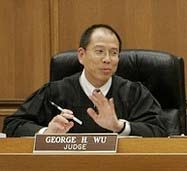 "Individuals such as Lynch are caught in the middle of the shifting positions of governmental authorities" vis-a-vis pot, the judge wrote. Lynch was also caught in between presidential administrations: After Barack Obama took office he ordered the U.S. Drug Enforcement Administration to stand down on enforcing federal drug laws in states where medical marijuana is legal.

Wu wrote that (PDF) " ... much of the problems [in the Lynch case] could be ameliorated...by the reclassification of marijuana from Schedule I," which is the government's highest, outlaw-drug category.

It started with an explosion that destroyed the Nirvana shop in Dublin’s Capel Street on Feb. 12. Five days later a Molotov cocktail was thrown into the Happy Hippy store in North Frederick Street. Since then seven retail outlets with similar exotic names have been attacked with incendiary devices in different parts of Ireland, the latest being the Magic Bus Stop in Dundalk on April 15.

They are all so-called "head shops," which specialize in the sale of legal drugs and associated paraphernalia. There are 70 such stores in the Republic of Ireland, and clearly some organization or group of citizens wants to put them out of business. The head of the Irish police's national drug squad, Tony Quilter, said the force monitors the head shops and so far has found only four selling illegal drugs.

The police do not know who is behind the attacks on the head shops, Quilter said. The chief suspects include local drug dealers who are losing business or vigilante groups worried about the effect of the shops on their neighborhoods. As the public becomes increasingly concerned about the legal drug trend, the Irish government is rushing to prepare a bill to criminalize the sale of legal highs. It has fallen behind the rest of Europe, where 14 countries have introduced measures to control the sale of such substances, with varying degrees of success. A ban on mephedrone came into effect in Great Britain and Northern Ireland three weeks ago, giving a new dimension to cross-border shopping.

New Jersey medical marijuana patient John Wilson walked out of Southern State Prison Thursday, freed on bond while he appeals his five-year prison sentence for growing his own medicine. Wilson was convicted in December of manufacturing marijuana for growing 17 plants and possession of hallucinogenic mushrooms.

The following month, New Jersey became the 14th state to approve medical marijuana. That law will go into effect August 1. Wilson, a 37-year-old with multiple sclerosis, had served five weeks of his prison sentence in a succession of local and state jails and prison when a court ruled Monday he could be freed on bond pending appeal. It took until Thursday for his family to come up with the $15,000 cash bail. During his trial, Wilson was blocked from entering evidence about his medical condition or telling jurors he was growing marijuana to treat it. That is the issue that will be heard on appeal.

Wilson's case garnered media attention, thanks in part to its curious juxtaposition with the Garden State's move toward medical marijuana and thanks in part to supporters organized by the Coalition for Medical Marijuana-New Jersey, which organized demonstrations at the Somerset County Courthouse. "People with MS who seek cannabis therapy should not be in prison," said the group's Chris Goldstein. Medical marijuana supporters Sens. Raymond Lesniak and Nicholas Scutaria have called for Gov. Chris Christie to pardon Wilson. Until then, Wilson finds himself in something of a medical predicament.

He told the Associated Press upon his release that he was not going to use medical marijuana until it becomes legal this summer. "Whenever they open the program, I would register and abide by the law," Wilson said. "You know what I mean." But in the meantime, he can't afford his $3,000 a month MS medicine.

The Tennessee House Health and Human Resources Committee voted Tuesday to call on state health, law enforcement, and agriculture officials to study medical marijuana and report on it by next February 15. The move ends a two-week debate on medical marijuana in the Volunteer State and helps set the stage for the legislature to take up the issue again next year.

The bill now goes before the House Finance Committee, but since it doesn't contain any appropriations, should pass easily, clearing the way for a floor vote. The vote on the study proposal came after several lawmakers expressed concerns about a medical marijuana bill introduced by Rep. Jeanne Richardson (D-Memphis), which would have allowed people suffering serious illness or debilitating medical conditions to use cannabis.