Medical marijuana dispensary owners in Denver are starting to apply for operations licenses. The city started accepting applications Monday. Any person who owns at least a 10 percent share of a dispensary must apply for the license in accordance with a City Council ordinance passed in January.

The application includes a background check, fingerprinting and $2,000 fee, plus the cost of the background checks. There is also a $3,000 annual license fee. Dispensaries must submit applications by March 1 to continue legal operations. 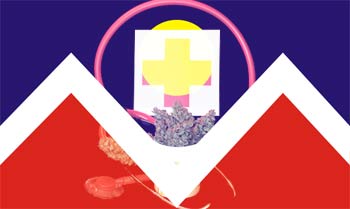 A resolution supporting the legalization of industrial hemp production died Wednesday in the Idaho House Agricultural Affairs Committee. The bill was sponsored by Rep. Tom Trail (R-Moscow), who said hemp could be a multi-million dollar industry for Idaho farmers and create jobs and tax revenues for the state.

According to the Idaho Reporter, Trail made a strong case for hemp, arguing that it could be used in thousands of food and fashion products and that because of its low THC levels, it would not impact the drug trade. "To get a high from industrial hemp you'd have to build a cigar the size of a telephone pole," Trail explained. But Rep. Dennis Lake (R-Blackfoot) objected, saying allowing industrial hemp would place an unneeded burden on law enforcement. Police could have trouble differentiating between hemp and marijuana, Lake worried.

laws against cannabis use have failed to cut its use around the world and have led to policies that are intrusive, socially divisive and expensive, according to an international group of drug policy experts.

In a new book looking at cannabis policies, the experts said that, while the drug harmed some users, it had only a modest effect on society. The book, called "Cannabis Policy: Moving Beyond Stalemate", was published by Britain's Oxford University Press and the Beckley Foundation.

According to a study at the University of Zurich, Switzerland, cannabis users had no higher risk for development of caries than tobacco smokers.

However, the use of cannabis was associated with a lower frequency of daily tooth brushing and a higher consumption of sugar-containing beverages.

In a study at the University of Berne, Switzerland, with 12 subjects, who smoked one cannabis cigarette with 70 mg THC peak concentrations and detection times were analysed.