The DEA sees big profits for medical Dispensaries as a sign of illegal high-stakes drug dealing. Advocates say the raids are unfair. Until federal drug agents arrested him last month, Shon Squier was one of Hayward's most successful and generous young businessmen. Customers lined up outside his downtown storefront, particularly on Mondays, when he offered free samples to the first 50 visitors. Business was so good that Squier, a former construction worker, was able to donate more than $100,000 to local charities. But Squier's success as a dynamic medical marijuana entrepreneur was also his downfall. Federal drug agents raided his home and business, arresting Squier and his store manager, freezing bank accounts containing $1.5 million and confiscating several expensive cars, motorcycles and $200,000 in cash. Medical marijuana advocates claim the raid constitutes unfair, selective enforcement by the Drug Enforcement Administration of the estimated 170 medical marijuana dispensaries in the state, including 85 in the San Francisco Bay Area. Just down the street, another medical marijuana dispensary, not as big or as flashy as Squier's, was left untouched by the DEA agents in the Dec. 11 raid. The federal drug agency, which does not recognize California laws legalizing the sale of marijuana to patients with doctor's prescriptions, contends the amount of money involved proves that the medical marijuana trade is nothing more than high-stakes drug dealing, complete with the same high-rolling lifestyles. California's two medical marijuana laws, Proposition 215, approved by voters in 1996, and Senate Bill 420, passed in 2003, are not clear about how much money proprietors can take out of their businesses. One section of SB 420 states that medical marijuana caregivers should be allowed "reasonable compensation" for their services. Another section states that distribution should be done on a nonprofit basis." The legislation is about as clear as mud the way that they wrote it," said Joe Elford, lawyer for Americans for Safe Access, a pro-medical marijuana group. "The dispensaries are legal under state law because they are cooperatives and collectives. It is my best guess in terms of what the Legislature intended is that they shouldn't be operating to make a profit."

Also in Canada, the authorities have pitched into a compassion club- the Mid-Island Compassion Club has been busted. Mark Russell, the founder of the Coombs chapter of the Cannabis Buyers Club of Canada, who supplies marijuana to sick people who use it for pain relief, was raided by members of the Courtenay RCMP on Dec. 22 and now faces six counts of trafficking in a controlled substance. "They came to the house at noon with a warrant and asked me to open the safe," says Russell. "They removed our medicine, documents, paperwork, client lists, everything." Russell, who has run the Mid Island Compassion Club for the past five years and who has 85 clients, was taken to the Oceanside RCMP station in Parksville, fingerprinted and released. "They were here for a total of about three hours," the Dashwood residents says. "I was ordered not to continue running the club or they would arrest me. I feel sick about this. Stunned." Russell says he doesn't sell marijuana to people off the street, but strictly to sick people who use it for pain relief, and to their caregivers. "We deal strictly with people who have medical conditions," he says. "They have to prove they have a medical condition before they can join the club." Before they took his membership lists away, RCMP let Russell photocopy them for his own records  - but not, he says, before they blacked out one name. 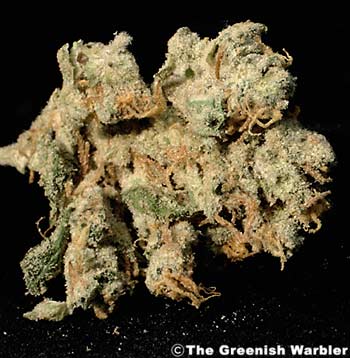 On the European black market, there currently is a lot of contaminated cannabis.

Derek of ukcia.org reported on cannabis contamination in the UK. He wrote: “I suspect this is aimed mostly at people in the UK, but may extend to Europe. Since the summer there has been a big shortage of cannabis in the UK caused by raids on grow ops. This shortage was followed almost at once by cannabis containing "grit", "sand" or "glass”. Well, also in Germany, on the black market there recently was a huge lot of cannabis contaminated with lead sand, melk powder, hair spray or similar stuff, mostly coming from the Netherlands. Here the supply shortage of standard commercial marijuana was due to the fact that the two largest Dutch clone producer had been busted last year.