USA: DEA emergency ban on synthetic marijuana not yet in effect

Contrary to previous reports that a DEA emergency ban on synthetic cannabinoids had gone into effect on December 24, that emergency ban has been delayed. 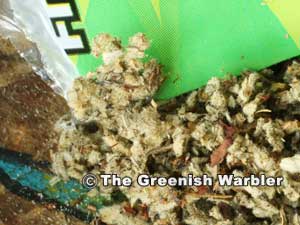 USA: DEA emergency ban on synthetic marijuana not yet in effect.

The DEA published a notice in the federal register dated January 7 that its November 24 notice of intent to institute an emergency ban had to be revised due to "administrative errors." Sold under a variety of names, including Spice and K2, the synthetic cannabinoid products have been criminalized in about a dozen states, with more states on track to join the list. DEA spokesperson Barbara Carreno confirmed to the Chronicle Thursday that the ban was not yet in effect. "We're still writing the regulations," she said, explaining that, "While we must give the public 30 days notice, that doesn't mean it automatically becomes illegal. We're working diligently on it and hoping to get it done quickly.

A medical cannabis dispensary that opened 8 January in Vancouver, British Columbia, is the sixth in the city, its owner said. Six volunteers operate the Imedikate Medical Cannabis Dispensary, which already has 60 regular patients, the Vancouver Sun reported. Patients must bring proof of a serious illness or a recommendation from a doctor for cannabis to be dispensed.

The owner said the shops operate "on the edge of the legislative law" because the Health Ministry refuses to issue a dispensary license, but the country's judiciary has ruled people have a right to medical cannabis.

Lawmakers in Springfield Thursday voted to reject a bill that would have allowed some Illinois patients access to medical marijuana. The bill, SB 1381, was defeated in the House by a vote of 56-60. The measure had passed the state Senate on a 30-28 vote in May, meaning that passage by the House would have sent the measure to the desk of Gov. Pat Quinn (D) and made Illinois the 16th medical marijuana state once he signed it.

The bill would have given patients suffering from chronic, debilitating medical conditions, such as cancer, multiple sclerosis, or glaucoma, the right to possess up to two ounces for their own use. It would also have allowed them or designated caregivers to grow up to six plants, three of which could be flowering. That number was lowered from seven during consideration by the Senate.

There is still an outside chance the bill could be passed this session. As the Marijuana Policy Project noted in a Friday email to supporters, a representative who voted no on the bill can file for a motion of reconsideration to bring the bill up for another vote. One has already done so, the group reported.

After more than 10 years of trying, 2011 could be the year that Connecticut adopts legislation allowing severely ill patients to smoke marijuana. Governor Dannel P. Malloy says he's inclined to sign that bill. Malloy also supports decriminalization legislation to reduce penalties for possession of small amounts of marijuana to the price of a motor vehicle infraction.

Now, with a friendly face in the governor's office, all the legislative proponents of the two measures have to do is push the bills through a variety of committee debates and floor battles in the House and Senate, fend off opposition and get the bills approved before the midnight June 8 deadline.

The state Department of Health and Human Services also released a how-to guide for entrepreneurs who want to bid on the licensing rights to run the six alternative treatment centers selling the drug. Licenses cost $20,000, but $18,000 is refunded if the bidder loses.

The new rules reflect an agreement Gov. Chris Christie reached with the law’s Assembly sponsor, Reed Gusciora (D-Mercer), that allow for six dispensaries to operate, instead of the four the administration initially sought.

Researchers of the University of Mainz, Germany, demonstrated that high concentrations of the CB1 receptor in the hippocampus, a certain brain region, in mice reduced seizure activity.

They concluded that their data "provide further evidence for a role of increased CB1 signalling in pyramidal hippocampal neurons as a safeguard against the adverse effects of excessive excitatory network activity."