In a press release last Friday, Rep. Barney Frank (D-MA) announced he has introduced a bill that would decriminalize the possession and not-for-profit transfer of small amounts of marijuana. It was the second marijuana bill of the week for Frank, who a couple of days earlier introduced the Medical Marijuana Protection Act. Titled the Personal Use of Marijuana By Responsible Adults Act of 2009 (H.R. 2943), the bill would remove federal criminal penalties for the possession of less than 100 grams (about 3.5 ounces) and for the not-for-profit transfer of up to one ounce.

The bill would not change marijuana's status as a Schedule I controlled substance, would not change federal laws banning the growing, sale, and import and export of marijuana, and would not undo state laws prohibiting marijuana. "I think John Stuart Mill had it right in the 1850s," said Congressman Frank, "when he argued that individuals should have the right to do what they want in private, so long as they don't hurt anyone else. It's a matter of personal liberty. Moreover, our courts are already stressed and our prisons are overcrowded.

We don't need to spend our scarce resources prosecuting people who are doing no harm to others." "Congressman Frank's bill represents a major step toward sanity in federal marijuana policy," said Marijuana Policy Project director of government relations Aaron Houston. "The decades-long federal war on marijuana protects no one and in fact has ruined countless lives. Most Americans do not believe that simple possession of a small amount of marijuana should be a criminal matter, and it's time Congress listened to the voters."

As of the middle of this week, the bill had five cosponsors: Reps. Tammy Baldwin (D-WI), Maurice Hinchey (D-NY), Ron Paul (R-TX), Jared Polis (D-CO), and Dana Rohrabacher (R-CA). The bill has been referred to the House Judiciary Committee and the House Energy and Commerce Committee. No word yet on any hearings. Ten states have already decriminalized the possession of small amounts of marijuana. Those states are California, Colorado, Maine, Minnesota, Mississippi, Nebraska, Nevada, New York, North Carolina, and Oregon. In an eleventh, Alaska, the possession of up to an ounce in one's home is not just decriminalized, it's legal.

East Asia: A prominent Korean actress has created an uproar in South Korea by advocating for marijuana legalization in a pre-recorded interview on a popular morning program on national TV.

Kim Bu-seon had already made a name for herself as a pot legalization crusader in 2004 when, after being sentenced to a suspended jail sentence for possession, she filed a constitutional challenge to the country's marijuana laws. In last Friday's interview, Kim protested the recent arrest of actor Oh Gwang-rok for allegedly using marijuana, saying his actions caused no harm and did not impede his ability to do his job. She and Oh were similar, she said. 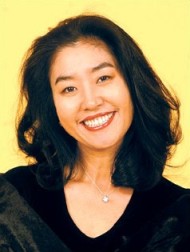 "Have you ever heard any news that I committed a crime after smoking marijuana? I have never done anything harmful, as politicians or thieves have," she said. Investigations into entertainers who smoke pot were an effort by the government to create a diversion, she said. "Whenever the government has troubles, it uses drug-taking entertainers to divert people's attention. It is the best way to make entertainers and artists obey the government." Kim also argued that marijuana has medicinal uses. "Marijuana is not a narcotic; it is technically an Oriental herbal medicine which Koreans have used for 5,000 years," Kim said.

"If smoking it doesn't do harm to others, those who do need it, such as those suffering from depression or cancer patients, should be allowed to use it. Marijuana increases appetite and improves sleep," she continued. "Korea has the highest ratio of death by suicide among OECD members. The nation needs to take marijuana as a depression remedy and make depression patients come back to society." Another commenter wrote, "MBC, a public TV station, broadcast that marijuana could be helpful for society. It is obviously quite a low-quality show." People suspected of marijuana use in South Korea can be summarily drug tested by police and face significant jail sentences and/or deportation if they are foreigners. South Korean authorities and much of public opinion

Canadian herb isn't the only product our drug lords are known for around the world.  According to the United Nations Office on Drugs and Crime's 2009 World Drug Report, which was released yesterday morning in Washington, Canada has become a major player on the world market for amphetaminetype stimulants ( ATS ), such as methamphetamine and Ecstasy.

Of the 1.82 metric tons of methamphetamine seized in Canada between 1998 and 2007, 1.54 tons of that was seized in 2007 alone, the report noted. Manufacture of Ecstasy in 2007 was reported in just eight countries.  Among them: Canada.  Canada was among 10 countries in five "distinct subregional markets" listed in the report that accounted for more than 80% of all ATS seized.

"Canada-based organized crime groups' participation in the methamphetamine trade has grown significantly since 2003," the report says.  "By 2006, law enforcement intelligence noted that Asian organized crime and traditional outlaw motorcycle gangs operating in Canada had increased the amount of methamphetamine they manufactured and exported, primarily into the USA, but also to Oceania and East and South-East Asia. "For example, Australia identified that methamphetamine from Canada accounted for 83% of total seized imports by weight, for Japan the figure was 62%.

"This was a well-established marijuana-growing operation," Sheriff Jimmy Thornton said in a news release issued late Thursday. The plants were discovered during an aerial search involving the Sheriff's Office and the State Bureau of Investigation, the release said. "Basically, the only way it could be found was from the air," Thornton said in the release.