Hillary Clinton of the Democratic Party, who wants to become the next president of the United States in 2008, called for an end to federal raids in states where the medical use of cannabis is legal, as most other candidates of the Democrats already did. On July 13 she was told during an event, "Twelve states allow medical marijuana, but the Bush administration continues to raid patients," to which she responded, "Yes, I know. It's terrible." Then she was asked, "Would you stop the federal raids?" Senator Clinton responded firmly, "Yes, I will." However, the situation of the marijuana dispensaries in California is getting more and more severe: They presently are at risk of being shut down since landlords received a letter from a federal agency telling them they could lose their property or face up to 20 years in prison. "Federal law allows for the seizure of assets, including real property, which have been used in conjunction with the distribution of controlled substances," states the Drug Enforcement Administration letter, which was sent out last week in Los Angeles County. Managers from at least two collectives say they might have to close
their doors. "Our landlord has asked us to shut down, so this Sunday will be our
last day," said a Los Angeles-based collective manager, who asked that
his name not be used. In January, the DEA raided 11 dispensaries, detained 20 people, and seized thousands of pounds of marijuana. And as recently as last Tuesday, federal agents arrested the operator of a Corona medical
marijuana dispensary and raided his shop as dozens of patients and
employees protested outside the business. The raid and arrest were part of a series that took place in Southern California on Tuesday. Operators of medical marijuana dispensaries in Hollywood, San Luis Obispo and Morro Bay also were arrested,
according to Drug Enforcement Administration spokeswoman Sarah Pullen. 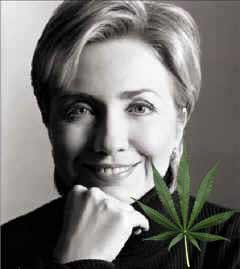 UK: Seven cabinet members admit smoking cannabis in youth. Seven cabinet members, including Jacqui Smith the home secretary,admitted they had broken the law by smoking cannabis. The admissions came before a government statement next week that will see ministers propose the drug's classification is raised from class C
to the more serious status of class B. Possession of a class C drug is largely a non-arrestable offence. It also emerged that two members of Ms Smith's Home Office frontbench team, Vernon Coaker and Tony McNulty, smoked cannabis in their youth.

Denmark: Christiana faces its definite end. More than three decades after Europe's
oldest and largest commune was established as an antidote to "selfish society," Danish authorities are moving to close it down. More than 90 people were arrested a few weeks ago after groups of youths fought running battles with police,
throwing bottles and cobblestones and burning homemade barricades. The riot, a rare occurrence in this normally placid Scandinavian country, was prompted by police arriving to demolish a shelter deemed unsafe by the authorities. However, ENCOD takes a different view of the situation in Christian: “In fact it seems that perspectives for a definitive settlement between Christiania and the government have never been so good as they are now.  This has been thanks to a very spontaneous but in the end effective negotiation strategy among the Christianniter, who have never fully collaborated with the authorities but they have tried to "play their game". Of course people were sacrificed for this strategy, like users of other illegal drugs than cannabis, who were massively thrown out of Christiania during the early 1980s. As well as the small scale cannabis dealers who were evicetd by the police in 2004. Today, Christiania is actually a popular place and local authorities of the city of Copenhagen understand its value as a pilot community for sustainable urban development... Therefore, even a semi-fascist national government knows it has to live with Christiania.”