USA: Californians will decide on the legalization of cannabis in November

California will again be the flashpoint in the debate on legalization of cannabis as officials said on 24 March the question will be on the November ballot. Los Angeles County elections officials submitted their official estimate of valid signatures collected in the  county on a state-wide legalization initiative, putting the number of signatures collected state-wide over the 433,971 needed to put the measure on the ballot, the Los Angeles Times reported. 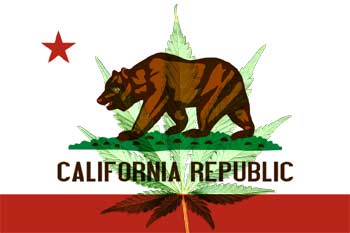 USA: Californians will decide on the legalization of cannabis in November!

The initiative would permit people age 21 or older to possess up to an ounce (28.5 grams) of cannabis for personal use. Polls indicate  a majority of California voters favour legalization. Chris Lehane, a strategist for the initiative, said voters "already accept" that cannabis is commonly used. "They want to see a smart strategy," he said. John Lovell, a lobbyist for law enforcement groups, said he believes that voters will reject the proposition. "Why on Earth would you want to add yet another mind-altering substance to the legal array?" he asked.

Bernard has been accused (and condemned by new retroactive laws) of illegal trade in cannabis, but since he is one of the country's leading hemp industrialists and forefighters of the Freedom to Farm, he is wellknown as a pioneer for the use of hemp in biological agriculture and renewable energy.

Those "qualities" made him a genuine target of authorities from the Valais county. Large support for Rappaz is raised however at the moment, more info on http://supportrappaz.org

Canada: MPs present petition in the parliament for Marc Emery

The Vancouver marijuana activist faces five years in a U.S. prison after agreeing in September to a plea bargain for one count of conspiracy to manufacture marijuana. Dosanjh, a former B.C. premier and attorney general, called Emery's possible extradition "inherently unfair." "Countries don't usually extradite people to countries where they could face inordinate penalties," Dosanjh said. Davies had a number of concerns about Emery's extradition and questioned what it meant for Canadian sovereignty.

"It's a question of upholding a Canadian position," Davies said. "For upholding our own laws for Canadian citizens." In Parliament, Reid noted that Health Canada used to refer medical marijuana patients to Emery's seed bank. He also said Canadian courts found that a $200 fine was appropriate for selling seeds, as opposed to the possibility of life in prison in the U.S. Emery said he was pleased by the petition and said he has heard nothing but love and support from Canadians.

USA/Arizona: The voters of Arizona will decide on the legalization of cannabis for medicinal purposes in November.

A proposed initiative would allow doctor-authorized use of cannabis to relieve suffering from several specific conditions, and would allow creation of a network of non-profit shops that could sell the drug.

The ballot measure also contains anti-discrimination provisions, including one that says an employer cannot fire someone who tests positive for the drug unless the company can prove the person used or possessed cannabis on the job or was "impaired" during work hours.

Authors note that this "may contribute to the overall mood-elevating properties of cannabis."