USA: Barack Obama might stop federal prosecutions in states with a medical cannabis law, if elected president. According to a report in the San Francisco Chronicle Senator
Barack Obama has become an increasingly firm advocate of ending federal intervention and letting states make their own rules when it comes to medical cannabis. His Democratic rival, Senator Hillary Clinton, is less explicit, recently softening a
pledge she made early in the campaign to halt federal raids in states with medical cannabis laws. Senator John McCain of the Republican party has gone back and forth on the issue - promising a medical cannabis patient at one campaign stop that seriously ill patients would never face arrest under a McCain administration, but ultimately endorsing the Bush administration's policy of federal raids and prosecutions. Only Obama's campaign responded to recent questions from the San Francisco Chronicle about states who have legalized the medical use of cannabis. Campaign spokesman Ben LaBolt said, "Obama supports the rights of states and local governments to
make this choice - though he believes medical marijuana should be subject to (U.S. Food and Drug Administration) regulation like other drugs." He said the FDA should consider how cannabis is regulated under federal law, while leaving states free to chart their own course. LaBolt also said Obama would end Drug Enforcement Administration (DEA) raids on medical cannabis suppliers in states with their own laws. Hereupon, Senator Obama was attacked in a press release by the Republican National Committee saying his position on the DEA raids "raises serious doubts" about an Obama candidacy.

Canada: Rural marijuana factory seized - A house and a hectare of land near Williams Lake where two Surrey men ran a marijuana grow operation have been seized in what the B.C.  government calls the largest grow-op to be subject to its civil forfeiture legislation. "This was really a marijuana factory," said Solicitor General John van Dongen of the property in Likely. When it was raided by RCMP in November 2006, nearly every room - plus an outbuilding - were set up with 137 growing lamps and 5,500 plants.  Police estimated that with four crops that size per year, the operation could supply one joint for every person in B.C. Van Dongen said after two men pleaded guilty in the case and were sentenced to a year in jail, Crown counsel decided to turn the property over to the province's civil forfeiture office rather than seize it under federal proceeds of crime legislation. Recent amendments to the two-year-old civil forfeiture law extended it to property used unlawfully that could cause bodily harm, such as the car of a drinking driver, or property that generates illegal profits such as a grow op. If the property was seized under the proceeds of crime legislation, the bulk of the proceeds would have ended up in federal coffers. The Likely property will be sold at market value with the proceeds turned over to the B.C.  government.  So far there have been 30 cases where judges have approved civil forfeiture, and $4 million in cash, vehicles and other valuables have been turned over to the province to compensate victims of crime, fund prevention programs, help prevent and remedy the effects of illegal activity and cover the costs of administering the act. 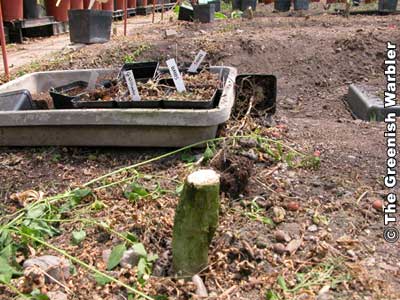 USA: Ohio – Medical cannabis bill to be introduced in Ohio senate.  Sen.  Tom Roberts, D-Trotwood, unveiled plans on Wednesday to introduce legislation defining and regulating the legitimate medical use of cannabis in Ohio. If made into law, Roberts' Ohio Medical Compassion Act would allow qualified patients, those with the approval of primary caregivers, to use medicinal marijuana by virtue of a cardholder system. "The OMCA would give patients the opportunity to choose the type of medicine that most effectively treats them," Roberts said.  "Our laws should reflect the latest in medical research, which has shown that medicinal cannabis has a variety of benefits for treating pain, nausea and other symptoms related to a wide range of disease." Lacking a state-sanctioned distribution system, the act permits patients or primary caregivers to purchase cannabis from the criminal market. Per a licensing process through the Ohio Department of Health, patients who are determined by their primary caregiver to have a debilitating illness may possess a maximum of 200 grams and 12 mature plants.  Following guidelines to be formulated by the Ohio Department of Agriculture, cannabis also potentially could be grown by licensed patients.

USA: Minnesota - Fifty religious leaders throughout the state of Minnesota are urging the Minnesota House of Representatives to pass a bill to allow seriously ill patients to use medical cannabis with a doctor's recommendation. Clergy from nine denominations (United Methodist Church, Presbyterian Church, Union for Reform Judaism, Episcopal Church, United Church of Christ, as well as clergy from Catholic, Evangelical Lutheran, and Baptist congregations) endorsed a statement, which reads, "Licensed medical doctors should not be punished for recommending the medical use of marijuana to seriously ill patients, and seriously ill patients should not be subject to criminal sanctions for using marijuana if the patient's physician has told the patient that such
use is likely to be beneficial."

Science: Atherosclerosis - Researchers of the National Institutes of Health in Baltimore,
USA, found out, that heavy cannabis users have an increased blood level of the protein apolipoprotein C-III. This protein is a risk factor for the development of atherosclerosis. (Source: Jayanthi S, et al. Mol Psychiatry).