The final tally had the measure winning pretty close, 50.1% to 49.9%! The measure won by about 5,000 votes out of more than 1.6 million cast. "Voters in Arizona have sided with science and compassion while dealing yet another blow to our nation's cruel and irrational prohibition on marijuana," said Rob Kampia, Marijuana Policy Project executive director, in a statement greeting the outcome.

"Arizona's law now reflects the mainstream public opinion that seriously ill people should not be treated like criminals if marijuana can provide them relief, and that doctors should be able to recommend marijuana to patients if they believe it can help alleviate their suffering." The Marijuana Policy Project had advised and helped finance the campaign. Arizona will now become the 15th medical marijuana state when official results are announced November 29. The state will then have 120 days to create regulations. 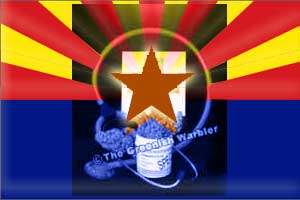 In an answer to a parliamentary question, Eurocommissioner Viviane Reding announces a new evaluation of drug policy in the European Union.
The question remains if its conclusions will have any impact on policymaking at all….

Europe: Levels of cannabis use in parts of eastern Europe now rival or exceed those in western countries

Five countries in the north and south-east of Europe — Bulgaria, Greece, Hungary, Finland, Sweden — stand out for their overall stable and low levels of use (under 9 %). Six countries in western Europe — Denmark, Germany, Spain, France, the Netherlands, the UK — report higher levels of use but with a decrease or stabilisation in recent years. While four countries — Czech Republic, Estonia, Italy, Slovakia — still report rising trends in cannabis use.

Europe’s appetite for cannabis is reflected in annual seizures of around 1,000 tonnes of the drug (Chapter 3, Table 2). In 2008, around 900 tonnes of cannabis resin were intercepted in Europe, almost 10 times the volume of herbal cannabis seized (around 90 tonnes). Herbal cannabis, however, is now commonly produced inside Europe (29 European countries reported domestic cultivation in 2008) and, being closer to its intended market, is less likely to be intercepted. The number of seizures of cannabis plants has increased since 2003, reaching an estimated 19 000 seizures in 2008 (Table SZR-5). Around 75.5 million Europeans — one in five adults aged 15–64 years — have tried cannabis in their lifetime, around 23 million of them having used it in the last year (Chapter 3, Table 3).

On Friday the Los Angeles City Council pushed for a ballot measure to begin taxing medical marijuana. After Proposition 19 was defeated, the LA City Council has decided to take matters into their own hands. There are cities in California that tax for marijuana usage, such as San Jose and La Puente that taxes $100, Oakland and Richmond that taxes $50, Sacramento that taxes $40, and Berkeley that taxes $25.

According to City Councilwoman Janice Hahn a marijuana tax will contribute additional revenue of $3 to $5 million to a city with a budget deficit of $485 million. Councilwoman Hahn aims to implement a tax of $50 per $1,000 of “cash and in-kind contributions, reimbursements, and reasonable compensation provided by members of medical marijuana collectives.”

USA: Oakland to regulate medical marijuana farms. Medical marijuana in Oakland soon may come from large-scale farms regulated by the city government.
Even in the wake of state voters' rejection of a measure to allow the recreational use and taxation of marijuana, Oakland is pushing ahead with plans for taking the industry out of the black market. The City Council ratified an application process Tuesday night for large-scale marijuana farms that would be the first in the nation to be government-sanctioned.

Council members also approved a separate measure doubling the number of allowable medical marijuana dispensaries in Oakland, to eight. Even though the sale of medical marijuana is authorized by state and local regulations, pot farming has largely operated in the shadows. Oakland wants to change that, and is planning to do so on a grand scale. "Oakland is a leader in this industry, and I'm hoping that this will continue to grow," Councilman Larry Reid said.

The regulations approved by the council will require applicants for four city farming licenses to undergo extensive financial background checks, provide security and be well-backed financially. The council also is requiring that applicants pay the city back taxes for marijuana they have sold to dispensaries over the years, along with interest and penalties.

Supporters of pot legalization see this year's campaign as a trial run that, if retooled, could win voter approval in 2012. Despite Proposition 19's loss at the polls last week, marijuana legalization advocates in California are already working on their comeback plan for 2012 and are almost giddy about their prospects.

They see the election as a trial run that could lead to a campaign with a better message, a tighter measure and more money. Both the winning and losing sides say California's voters rejected this specific initiative, but remain open to legalizing the easily obtainable drug. The proponents have a huge head start compared to where they were two  years ago. At that time, regulating and taxing marijuana was the dream of a handful of Oakland activists.

Now, the campaign has a broader base of supporters, including labor and civil rights leaders. Big-money donors have shown a keen interest. And the state's electorate and media have seriously debated the issue. In addition, the presidential election is expected to draw far more  young voters to the polls. If they had shown up Tuesday, supporters  note, Proposition 19 might have come close to passing. Even so, they  also point out with bemusement, legalization outpolled Meg Whitman and Carly Fiorina.

"The question about legalizing marijuana is no longer when, it's no longer whether, it's how," said Ethan Nadelmann, the executive director of the Drug Policy Alliance, a national advocacy group that will play a pivotal role in any 2012 ballot measures in California or other states. "There's a really strong body of people who will be ready to pull the lever in the future."