UK: Police raids fail to halt booming drug industry cannabis cultivation in Britain, whether in inner city lofts or on patches of remote farmland, is booming, according to new research published today. Plants are being grown and harvested at record levels for the UK  cannabis market, and more than 60% of hash sold on the streets is
believed to be home grown. The research, by the drugs charity DrugScope, reveals there are a staggering number of cannabis farms in operation, with the police raiding at least three a day. More than 1,500 have been shut down in London alone over the past two years. DrugScope says the rapid rise of homegrown hash in Britain has filled the vacuum left by drug users' disillusionment with the quality of imported cannabis resin. The market share for homegrown has soared from 11% a decade ago. At the same time the Moroccan cannabis crop - the main source of British imports - has slumped by 62% in the face of a government eradication campaign and unfavourable weather. But the drug information charity dispels the myth that the strength of cannabis now available on the streets of Britain is much higher
than a generation ago. It says that while super-strength "skunk" varieties are grown by some British "homegrown" producers it is much more likely they will cultivate lower strength varieties, which produce a much higher yield. The research, in the charity's Druglink magazine, also shows that far from being a "window sill" hobby for enthusiasts, cannabis growing is becoming a big business dominated by Vietnamese criminal gangs, with police and growers engaged in an increasingly sophisticated tactical battle to detect or protect the cash crop. It also identifies a new breed of "guerrilla cannabis growers" who plant marijuana on other people's land and return three months later to harvest it. Cannabis farmers have responded to greater police pressure by "dressing up" front rooms, with Christmas trees and toys, and disguising farms. Harry Shapiro of DrugScope said: "Growing cannabis commercially near the point of sale can dramatically increase profits, but this increases the risk of detection" 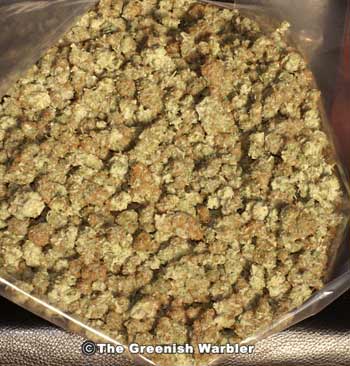 USA: Judge gives break to Ed Rosenthal. A federal judge dismissed money laundering and tax charges against "Guru of Ganja" Ed Rosenthal on Wednesday, gutting the government's  case by ruling the new charges amounted to vindictive prosecution. The government said the new charges it filed against Rosenthal in
October resulted from their re-evaluation of the case, U.S. District Judge Charles Breyer of San Francisco noted, but "it is apparent that it decided to re-evaluate its strategy in response to Rosenthal's (and his supporters') public criticism of the trial. "In other words, the government's deeds - and words - create the perception that it added the new charges to make Rosenthal look like a common criminal and thus dissipate the criticism heaped on the government after the first trial," Breyer wrote.

USA: New Mexico will become the twelfth state to legalise the medical use of cannabis. On 13 March the House of Representatives approved a bill that would legalize the use of cannabis for medical purposes in New Mexico by a 36-31 vote. On 14 March the Senate, which already approved the bill some time ago, accepted a small change by the House of Representatives that would forbid the distribution of cannabis within 300 feet (about 100 meters) of any church, school or day-care center. New Mexico's bill, which is now sent to Gouvenor Bill Richardson, who already said that he will approve the measure. It will allow patients to use cannabis to alleviate the symptoms of several debilitating medical conditions approved by the state Department of Health. Under the bill, the department would be required to create a system for distributing medical cannabis to patients by 1 October 2007. The department would issue identification cards to patients and caregivers, and also license producers to grow cannabis. "This bill will provide much-needed relief for New Mexicans suffering from debilitating diseases while including the proper safeguards to prevent abuse," Gouvenor Richardson said in a written statement. Alaska, Arizona, California, Colorado, Hawaii, Maine, Nevada, Oregon, Rhode Island, Vermont and
Washington have already legalized the medical use of cannabis.

USA: Federal court denies fundamental right to use cannabis for medical purposes. A California woman with an inoperable brain tumour may not use cannabis to ease her pain even though a Californian law permits it, a federal appeals court ruled on 14 March. The Federal Court of Appeals for the 9th Circuit found there is no fundamental right to use cannabis for medical purposes. The ruling agreed with a 2005 Supreme Court decision. The judges expressed sympathy for some arguments by plaintiff Angel Raich. The court's decision said use of the drug for medical purposes was gaining support but federal law still banned it. "We agree with Raich that medical and conventional wisdom that recognises the use of marijuana for medical purposes is gaining traction in the law as well," the decision said. "For now, federal law is blind to the wisdom of a future day when the right to use medical marijuana to alleviate excruciating pain may be deemed fundamental."