UK Could Decriminalise Cannabis Without Worry of EU Sanctions

The European Union will not block any initiative of EU Member States to start the legal regulation of cannabis and other currently illegal drugs. This was repeatedly stated by Dana Spinant, the new Coordinator of the European Commissions Anti-Drugs Unit, at a Public Hearing on Drug Policies in the European Parliament. 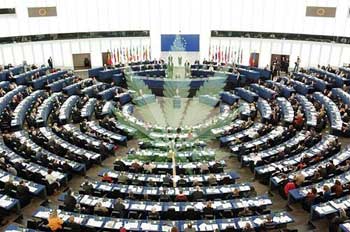 UK Could Decriminalise Cannabis Without Worry of EU Sanctions.

The hearing was organised by Member of European Parliament Michael Tremopoulos (Greens, Greece) and ENCOD, a coalition of citizens for drug policy reform. It brought together the expertise of representatives of civil society - among others leading Spanish activist for legal cannabis Martin Barriuso, spokesman of the Union of Dutch Coffeeshops Marc Josemans, and Richard Cowan, former director of NORML, USA’s largest reform organization. Members of European Parliament Rui Tavares (GUE, Portugal) and Dennis de Jong (GUE, Netherlands) also spoke at the event.

USA: DEA, State Cops Raid Legal Michigan Medical Marijuana Grows
Once again, this time last week in Michigan, the federal DEA has teamed up with recalcitrant state and local law enforcement in a bid to negate the will of the public and the law of the land. Heavily-armed state and federal lawmen raided a pair of medical marijuana gardens in the town of Okemos, outside Lansing, breaking windows, throwing smoke grenades, and seizing thousands of dollars worth of equipment and medical marijuana plants -- all in a raid of a facility that is undeniably within the confines of Michigan's medical marijuana law.

Michigan marijuana activists take to the streets (courtesy Capital City Care Givers). The gardens subleased to two individual caregivers by Capital City Care Givers in nearby Lansing contained a total of 40 marijuana plants. Under the Michigan law, caregivers can grow up to 12 plants each for up to five patients, as well as growing 12 plants for themselves if they are patients. That means the two caregivers should have been legally protected in growing up to 72 plants each, or 144 in total.

The apparent hole in the law that the DEA and the state police could be seeking to exploit is that the law does not directly address the issue of conjoined grows. It says only that caregivers can grow up to 12 plants for up to five patients and does not address more than one caregiver growing under the same roof. On the other hand, the law does not forbid such activities.

The booming medical marijuana business has prompted a significant increase in interest among entrepreneurs. Today, there are an estimated 2,400 medical marijuana dispensaries from California to Maine. In Colorado, they outnumber Starbucks two to one. Making a profit, however, can still be problematic.

In every state except Colorado, medical marijuana dispensaries must be structured as a not-for-profit, which is not a problem for some. Steve DeAngelo, founder of Harborside Health Center in Oakland, California, told Smart Money magazine that he likes that model because it preserves the business for local owners and keeps big-money players out.
He adds that at Harborside, he uses profits to support in-house charities that offer free pot to people who can't afford to buy it along with free addiction counseling. But he's in the minority. Others see a lot of money in medical marijuana.

Even DeAngelo's not for profit clinic brings in $50,000 a day so he also founded the for-profit CannBe, a management-consulting firm for medical marijuana start-ups. Plus, there are a growing number of hedge fund managers and venture capitalists who are taking a close look at what is an estimated $36 billion market. They're also predicting that many states who need cash will continue to relax rules and legalize marijuana for medical use. According to Smart Money, two hedge funds announced at a recent National Organization for the Reform of Marijuana Laws seminar that they would consider buying any medical marijuana dispensaries available for sale.