UK: Cannabis will be upgraded from a class C to a class B substance

UK: Cannabis will be upgraded from a class C to a class B substance

UK: Gordon Brown is preparing to override the views of his own expert advisers and tighten the law on cannabis. Downing Street made it clear yesterday that the Prime Minister is determined to upgrade cannabis from a class C to a class B substance with a maximum jail sentence of five years for possession. But opposition parties claimed the Government's drugs policy was in chaos after it emerged that Mr Brown would ignore the conclusion of the Advisory Council on the Misuse of Drugs that cannabis should
remain a class C substance. It will be the first time for 30 years that a prime minister has
disregarded the recommendations of the body set up to advise ministers on drugs legislation. The advisory council was instructed in the summer to review the legislation on cannabis after alarm that super-strong varieties were becoming more popular and that cannabis was linked to schizophrenia. Mr. Brown signalled then that he wanted the controls toughened, but faces embarrassment after the drugs experts and scientists reached the opposite conclusion. It is understood to have agreed that a link between heavy cannabis use and mental illness could not be proved and to have dismissed
suggestions that the downgrading of the drug to a class C substance four years ago sent a confusing message to the public. Only a handful of advisory council members backed restoring cannabis to class B.

The Netherlands: Cannabis will be exempt from a Dutch smoking ban that comes into force in two months. Restrictions on smokers in cafes and restaurants will not apply as long as cannabis is consumed neat, without tobacco. The exemption follows fears that many of Amsterdam's lucrative "coffee shops" would be forced to close if soft drug users
had to smoke elsewhere. Liberal Dutch policies, introduced in 1972, on the sale and use of cannabis have generated a trade valued at more than 3.9 billion Euros a
year.

Israel: Israel's Anti-Drug Authority has launched a new  campaign featuring Hezbollah chief Hassan Nasrallah,  aimed at deterring Israelis from smoking marijuana. As part of the campaign, the authority has published a  poster showing the Hezbollah leader emerging genie-like  from a bong (a waterpipe commonly used for smoking  marijuana and hashish). Underneath the image, the poster reads: "Hezbollah is  clearlyplanning to flood Israel with narcotics.  Narcotics pose a strategic threat to Israeli society.  Whoever uses narcotics is giving a hand to the next  terrorist attack."

Celebrities & cannabis: Keith Richards has admitted he still "smokes weed all the time". The Rolling Stones guitarist - who was treated for heroin addiction in the late 70s - admits he still loves getting high on cannabis, but no longer dabbles in hard drugs.
He said: "I smoke my head off. I smoke weed all the time. There, you've got it. "But that's all I take, all I do. I do smoke and I've got some really good hash." Referring to his heavy drug use in the 60s and 70s, he added: "People thought I was going to die. I never did - as you can see. The drugs? Oh yeah, they were great. "Now I'm on medication. Drugs now? It's a dodgy subject." Keith's substance abuse earned him a notorious reputation as a hell raiser. The 64-year-old rocker was arrested on five separate occasions for drug-related offences, and at one point was believed to have regular full-body blood transfusions to clean out his system. Last year, Keith claimed to have snorted his late father's ashes. 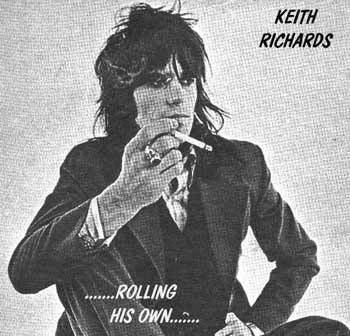 Keith Richards has admitted he still "smokes weed all the time".