The Netherlands: Will the liberal cannabis policy come to an end?

The Netherlands: Will the liberal cannabis policy come to an end?

The Netherlands: In the recent past the number of articles increases, according to which there are efforts to end the liberal cannabis policy in the Netherlands. For example, minimum distances between coffee-shops and schools are increased in some cities, so that many coffee-shops have to close. The conservative Prime Minister Jan Peter Balkenende has made it clear already several years ago, that he does not want to tolerate the sales of the soft drug any longer and wants to end it. Since he governs the number of coffee-shops decreased by one third to currently about 750. 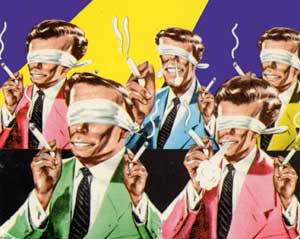 "The Netherlands: Cannabis users feel gloomy about the future."

Switzerland: In May 2006 the city council of the Swiss capital Bern decided to start a pilot project on the controlled sale of cannabis. This project was withdrawn now, after the canton spoke out against such a project.

USA: Berkeley council members call for new laws to protect marijuana businesses. A city-sanctioned medical marijuana dispensary had its assets frozen this week, prompting some city council members to call for new city laws protecting such businesses. The Berkeley Patient Group was notified that its bank account was frozen by the Los Angeles Police Department during a joint operation with the Drug Enforcement Agency. The operation targeted about 10 dispensaries in Los Angeles, including the California Patients Group, a sister organization to the Berkeley-based business. The frozen accounts prevent the group from accessing cash it had saved to pay state sales taxes. The asset freeze appears to be connected to a raid of Los
Angeles-based dispensaries conducted by the DEA last week, said Sarah Pullin, a spokesperson for the DEA-Los Angeles. The Berkeley Patients Group serves more than 5,000 medical marijuana clients in Berkeley and Oakland. It is one of three legalized dispensaries in the city and also provides community services such as
a hospice and free delivery of organic fruit and vegetables to hospice clients. City Council member Kriss Worthington said the city should do all it can to protect the group and the two other dispensaries now operating in the city.

Canada: Marc Emery surprised that the DEA took so long to make him a target. The "Prince of Pot" says he's surprised it took the U.S. Drug Enforcement Administration (DEA) so long to investigate his Internet business that sold hundreds of thousands of marijuana seeds to Americans for 11 years. "They claim I'm responsible for seeds that produced 1.1 million pounds of marijuana worth $3 billion so if it's true, I'm so happy about that," said Marc Emery while speaking at a Saskatchewan Marijuana
Party rally in Saskatoon Saturday. "If I were the DEA, I would have targeted me too." Emery, 50, is charged in the U.S. with conspiracy to distribute marijuana, conspiracy to distribute marijuana seeds, and conspiracy to engage in money laundering. Emery's business partners, Gregory Keith Williams and Michelle Rainey-Fenkarek are also facing the same charges. The U.S. Attorney's Office for the Western District of Washington has filed an extradition request with Canada asking that all three defendants be brought to Seattle to stand trial. The charges carry penalties of 10 years to life in prison. "I'm probably guilty as charged and because I'm the largest marijuana producer in the history of the American criminal justice system
according to the DEA, that would be 200 or 300 years in jail," Emery told reporters at the Saskatoon Public Library. "To me, anything over 15 years is a death sentence because the average person dies in prison at 65." Emery, who has been arrested 22 times and jailed 17 times, faces a hearing Nov. 5 where a judge will decide whether or not to extradite him to the U.S. where he will stand trial.

Science: With the use of cannabis tea only a small proportion of THC in the cannabis is ingested. The users of medicinal cannabis in The Netherlands are advised by the Office of Medicinal Cannabis to prepare cannabis tea as follows: "add 1.0 g of cannabis to 1.0 L of boiling water and let simmer for 15 min. Filter out solid parts by using a common tea-sieve. Tea can be consumed immediately, or stored in a closed bottle in a refrigerator for up to 5 days." Researchers of the University of Leiden investigated the cannabinoid composition of this tea. They found that tea prepared with different batches of cannabis with an overall THC concentration (phenolic THC + THC acid) of 19.7 per cent showed only a moderate variation in THC concentrations of 15 per cent. The mean concentration of THC was 10 mg per litre and of THC acid (THCA) 43 mg/L. In the plant THC is mainly present as THCA and is converted into the psychotropic THC upon heating (baking, smoking, boiling). Since with cooking of water only a relatively low temperature of 100 degrees Celsius is reached only a small part of THCA was transformed into THC, resulting in an availability of only about 5 per cent phenolic THC of the whole THC (10 mg of 197 mg THC acid + THC). The authors also found, that the THC concentration rapidly declined during storage, which was largely prevented by the addition of coffee creamer powder.

Science/UK: A widely cited new review supports findings from earlier studies that cannabis use may be associated with an increased risk of psychosis. In their new review of seven longitudinal studies, Dr. Theresa Moore of the University of Bristol, UK and her colleagues found that individuals who had ever used cannabis had an increased risk of psychosis or psychotic symptoms of 41 per cent compared to individuals who had never used cannabis. Frequent cannabis users had twice the risk of non-users (odds ratio: 2.09), as suggested in earlier reviews. Results for an association between cannabis use and depression, suicidal thoughts, and anxiety were less consistent. Researchers noted that these studies do not allow positive
determination of whether the use of cannabis causes psychosis but they stated: "The uncertainty about whether cannabis causes psychosis is unlikely to be resolved by further longitudinal studies such as those reviewed here. However, we conclude that there is now sufficient evidence to warn young people that using cannabis could increase their risk of developing a psychotic illness later in life." In an editorial the Lancet wrote: "In 1995 we began a Lancet editorial with the since much-quoted words: 'The smoking of cannabis, even long-term is not harmful to health.' Research published since 1995 including Moore's systematic review in this issue, leads us now to conclude that cannabis use could increase the risk of psychotic illness."