The Netherlands: Government wants to extent the availability

The Netherlands: Government wants to extent the availability
of cannabis in pharmacies by five years


The Dutch government said on 7 November it wants to promote the development of cannabis-based medicine and will extend the drug's availability in pharmacies by five years to allow more scientific research. The government hopes for progress on a
cannabis-based drug by the Dutch firm Echo Pharmaceuticals, the Health Ministry said. In 2003, the Netherlands became the world's first country to make cannabis available as a prescription drug in pharmacies. "Medicinal cannabis must become a regular registered medicine," Health Minister Ab Klink said in a statement, adding he wanted to give the development of a cannabis-based medicine a serious chance. "The development path, that could take several years, can deliver scientific details and insight into the balance between the efficacy and safety of medicinal cannabis," the statement said. A ministry spokesman said several thousand patients were prescribed cannabis in the Netherlands and up to 15,000 people used it for medicinal purposes, although many bought their supply at coffee shops rather than pharmacies. 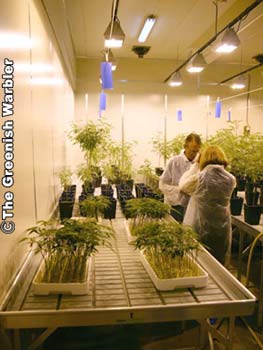 The Netherlands: Government wants to extent the availability of cannabis in pharmacies by five years.

Switzerland: Positive effects found for pot users. A study of more than 5,000 youngsters in Switzerland has found those who smoked marijuana do as well or better in some areas as those who don't, researchers said yesterday. But the same was not true for those who used both tobacco and marijuana, who tended to be heavier users of the drug, said the report from J.C. Suris and colleagues at the University of Lausanne. The study did not confirm the hypothesis that those who abstained from marijuana and tobacco functioned better overall, the authors said. In fact, those who used only marijuana were "more socially driven ... significantly more likely to practise sports and they have a better relationship with their peers" than abstainers, it said. "Moreover, even though they are more likely to skip class, they have the same level of good grades; and although they have a worse relationship with their parents, they are not more likely to be depressed" than abstainers, it added.

UK: Cannabis medicine gran prepared to go to prison. A GRAN who suffers from a muscle disease has vowed to keep growing and smoking cannabis to ease her pain - despite being warned she will be sent straight to prison. Goanita Jacques, 48, was given a two-month suspended sentence for producing the drug when she appeared at Bradford Crown Court. If caught again she will be jailed. But today she told the Courier: "If it's a crime to ease this agonising pain, they will have to send me to prison." The gran, of Hirst Grove, Dodnaze, Hebden Bridge, suffers from fibromyalgia - a rare and incurable illness that causes muscles to lock down. She said: "There's no chance I will stop because I'm not doing anything wrong. If I can't use this drug to numb my suffering they might as well build me a coffin - I can't live in agony." Miss Jacques was diagnosed with the illness 15 years ago. She is unable to work or drive and after sleeping cannot move properly for several hours. She first tried cannabis as a painkiller after a medical friend told her the drug was more effective than the near-20 prescribed medicines, including opiate-based tablets, she takes each day. She said: "These drugs don't work, that's why they prescribe so many. "Taking that amount obviously has side effects. They leave you dizzy and sick. Cannabis doesn't and it's the only thing that relaxes the
pain." Miss Jacques, who adds the drug to food as well as smoking it, began growing the plants because she felt scared buying it. She said: "I'm nearly 50. I don't want to be meeting dealers every week. I've never sold any." She added it was not fair that heroin addicts could get methadone on the NHS while she was criminalised for producing a less-harmful substance.

USA: American Psychiatric Association Assembly unanimously backs medical Marijuana. A major move by one of the nation's top medical groups, they are backing medical marijuana and they want the federal government to leave doctors alone. In a unanimous vote, the Assembly of the American Psychiatric Association has approved a strongly worded statement supporting legal protection for patients using medical marijuana with their doctor's recommendation. "This is a very large and important medical organization, it isn't some fringe group," said Bruce Mirken from the Marijuana Policy Project. He told Salem-News.com, "This move debunks a lot of the nonsense from some of the anti-medical marijuana groups. They have been aggressively using false information tactics. These groups allege that there are various links between mental illness and marijuana, ignoring the fact that it is well documented that medical marijuana can be therapeutic".