The Netherlands: The price of Dutch marijuana has increased 20 percent this year
because the supply is being curbed by a rise in police raids on hemp plantations. The effectiveness of one gram of Dutch-grown marijuana also has decreased by 1.5 percent, according to an e-mailed statement from the Trimbos Institute, a Dutch group that studies drug addiction and treatments. The level of THC, the compound that gives cannabis its potency, fell to 16 percent from 17.5 percent last year.It is the first time that the price of Dutch marijuana has risen since the institute started keeping a record of hemp prices in 1999. One gram of marijuana, grown in the Netherlands, costs 7.30 euros ($10.30) currently.A decrease in supply of Dutch hemp and higher prices could be causing some marijuana producers to mix the cannabis with compounds such as sand and glass pearls, the statement said. The Institute didn't find evidence that hemp sold in Dutch coffee shops has been mixed with other compounds. Imported cannabis was 5.4 percent weaker than a year ago, according to the statement. The price of imported marijuana also increased this year, by about 40 cents per gram. Earlier this year, police in Rotterdam said they'd shut down 600 indoor marijuana farms since 2005. There are about 6,000 active producers in the city. Dutch officials have stepped up raids on an estimated 40,000 indoor hemp plantations, which cause two fires a month in Rotterdam by tapping into power lines for lights that feed their crops. The crackdown is making it harder to supply marijuana shops with the Super Skunk and Purple Haze their customers crave in a country that decriminalized use of the drug in 1976. 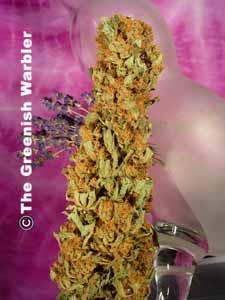 Canada: Prime Minister Stephen Harper vows jail time for drug dealers and producers. The federal government will introduce legislation this fall setting out mandatory minimum jail sentences for people convicted of "serious" drug crimes, Prime Minister Stephen Harper said Thursday. "Currently there are no minimum prison sentences for producing and trafficking dangerous drugs like methamphetamines and cocaine," Harper told a news conference. "But these are serious crimes; those who commit them should do serious time." The $63.8-million national anti-drug strategy also promises more

resources for identifying and closing down marijuana-growing operations, although Harper would not say whether marijuana growers would face tougher sentences. About $22 million of the funding would go toward enforcement, while about $32 million would be directed to treatment and $10 million for prevention in the form of an awareness campaign. The money would be spent over two years. Vancouver Mayor Sam Sullivan called the announcement a good start. Noting that enforcement has been well-funded for many years, he said treatment and prevention will require "a much larger investment." Sullivan has been lobbying the federal government for a "disproportionate" share of the money earmarked for treatment programs to come to B.C. "Not only does Vancouver have a large and serious drug problem, but the 2010 Olympic Games are coming and we will be on the world stage," Sullivan said in an interview.

Czechoslovakia: Penalties for marijuana and magic mushroom growers may drop. Lawmakers are considering lower penalties for small-scale recreational drug growers under a Criminal Code change that decriminalizes recreational drug use. If the new Criminal Code passes, marijuana growers would face six months in jail if they produce more than an amount deemed to be for their own use. Anyone who makes drugs or possesses them in certain quantities can go to jail for one to five years if caught under the current law. The idea behind the amendment is to separate recreational drug users
from "the black market," says Justice Ministry spokeswoman Zuzana Kuncova. Police officers will still have the same abilities to arrest dealers if the new rules pass, Kuncova says, because the rules related to the criminal manufacture or sale of drugs are essentially unaltered by the code. Under the proposed new rules, penalties would be more lenient for possession or cultivation of "light" drugs such as marijuana for individual use, but remain strict for possession or sale of hard drugs, such as cocaine, methamphetamines and heroin. Possession, manufacture, transport or sale of both light and hard drugs would continue to be regarded as a criminal activity, with penalties of up to 15 years in jail if leading to injury or death.

Marijuana production in Jamaica and Canada: The United States has maintained that Jamaica must be kept on a watch list of major transit and illicit producer countries of narcotics because it has more than 5,000 hectares of land in ganja production. Jamaican authorities are angry because the report fails to reflect improved anti-narcotics activities and hurts Jamaica's reputation by placing it in the bad company of 20 countries around the world. The greater problem with the report is that it fails to recognise that the U.S.'s role in the drug war is a cause of failure, and the nature of the world system causes all countries to be losing this war. The Washington Post said that British Columbia (B.C.) is now home to the greatest number of organised crime syndicates in the world. B.C.'s production of marijuana accounts for six per cent of the GDP of the province and employs more persons than mining and logging combined. Canada is now growing high potency marijuana under modern hydroponic conditions. However, marijuana production in the U.S. is itself worth US$25 billion annually, one of its top three agricultural crops along with soya beans and corn!