The Dutch government will undertake a review of its 30-year-old policy of pragmatic tolerance of marijuana use and possession and regulated - although still illegal - marijuana sales, Dutch News reported last week. Christian Democratic Health Minister Ab Klink agreed to undertake the review at the behest of parliamentarians concerned that the easy availability of the weed is leading to increases in youth drug abuse. That same day, Justice Minister Ernst Hirsch Ballin also signaled that he wants to crack down on marijuana growing and criminalize the grow shops that provide seeds, lights, and other specialized growing equipment to marijuana cultivators. While the Dutch tolerate marijuana possession and sales, marijuana growing remains illegal and growers are subject to arrest.  Although the Netherlands has become famous for its tolerant approach to soft drugs and other vices, such as prostitution, the conservative Christian Democratic government has been trying to reverse the situation. It has reduced the number of coffee shops that sell marijuana, particularly near schools, and it is considering various measures to limit "drug tourism," including the fingerprinting of foreign coffee house customers. This week, the city of Maastricht failed in a bid to relocate some of its coffee shops to areas on the edge of the city. Every day, around a thousand foreigners, mainly neighboring Germans and Belgians, visit the city to buy marijuana, and the city had hoped to reduce congestion in its center by moving some of the shops to "coffee corners" on the edge of town. But a Dutch judge ruled Tuesday that the city had not provided sufficient grounds for granting building permits for the new coffee shops. The ruling came after neighboring local councils complained that Maastricht's move would simply shift the problems of congestion and associated crime in their direction. Still, according to reports compiled by Expatica, an English-language Dutch news service, Maastricht remains undeterred. In response to the ruling, the mayor has already placed "portocabins" near the new locations. 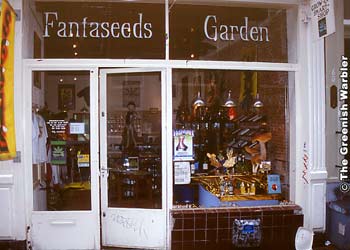 Spain: A grower of cannabis for personal medical use was found not guilty by a judge; government acknowledges the medical value of cannabis. A judge of the town of Ferrol declared a patient, who grows and uses cannabis to treat pain and spasticity due to spinal cord injury, not guilty, because he "did not commit a crime" against public health. In Spain it is legal to grow cannabis for personal use in his own property, even for recreational use. However, 32-year old Juan Manuel Rodríguez did not cultivate cannabis at his home, but in a nursing home of the national health service and he was denounced by the director of the centre. Meanwhile the Spanish government acknowledged the medical benefits of cannabis in some illnesses. The current national plan on drugs issued by the Health Ministry says that "the therapeutic
potential of cannabis has been widely reviewed" and that "there is scientific evidence for therapeutic use in nausea and vomiting due to antineoplastic treatments, lost of appetite in AIDS and terminal cancer, and the treatment of neuropathic pain in multiple
sclerosis."

Canada: Illegal guns fuelled by huge pot trade. The scourge of gun violence plaguing Toronto streets is being fuelled by a cross-border guns for marijuana trade, law enforcement officials tell the Sunday Sun. A $2,000 half-kilo of Canadian marijuana trafficked into the U.S.  jumps in value to around $4,000, double that if it's sold in southern states. Meanwhile, a handgun picked up for $250 in an American gun shop can fetch $2,000 on Toronto's streets. It's a supply and demand illegal trade-off that rewards thugs and has the cops fighting an increasingly costly war against drugs and guns. Worse, gang and gun violence are leaving a growing number of bloody casualties.
Shutting off the cross-border trade of Canadian weed for American guns has been the focus of several high-profile busts that demonstrate growing co-operation between law enforcement on both sides. One spot along the border that has seen a steady flow of hydroponic pot is Cornwall, where they've been working across jurisdictions and borders in a Herculean effort to stem the green tide. "Criminal organizations don't recognize the border whereas we have to and we need tools and resources to be able to work around that," said RCMP Sgt.  Michael Harvey. Breaking down the border -- from a jurisdiction standpoint -- is how police on both sides say they can shut off the pipeline of the guns heading north and drugs going south. For years, the area has been a whirlwind of smuggling -- illegal cigarettes north help fund marijuana smuggling south which helps buy cocaine and guns going back north.

Canada: Prince of Pot plea deal delayed. Vancouver - Marijuana crusader Marc Emery is blaming a clash of judicial cultures for delays in a plea bargain that would send him to
prison briefly in the United States before serving several years in Canada. The so-called Prince of Pot's extradition case was put over yesterday until April 9 at the request of his lawyer and a federal prosecutor representing the U.S. Justice Department. No reason was given but Mr. Emery said outside B.C. Supreme Court that there's a disagreement about the legality of the deal in Canada. Mr. Emery said that in the U.S. system a non-violent first-time offender like him would normally be released in about 20 months, but American authorities refuse to accept that. He said the U.S. wants a Canadian judge to be bound by the agreement for a minimum prison sentence, he said. The deal being negotiated would see him convicted on both sides of the border, Mr. Emery said. He would serve three to six months in a U.S. prison before being transferred to a Canadian institution for the balance of his sentence.

USA: The citizens of Michigan will decide in November whether the medical use of cannabis should be legal also in their state. Supporters of a measure that would allow the medical use of cannabis under certain conditions collected enough signatures to
put this question on the November ballot.  The initiative would allow patients to grow and use small amounts of cannabis for relief from pain associated with cancer,
AIDS, multiple sclerosis and other diseases. A doctor's approval or recommendation would be required to use the drug. Identification cards would be issued so law enforcement personnel could tell who was a registered patient.

USA: Sacramento county to consider medical marijuana ID cards. It's a fight that's been settled in 40 of California's 58 counties, but Sacramento County isn't one of them. And Tuesday, when the Board of Supervisors takes up the issue of medical marijuana ID cards, the reason for that will become clear.  The supervisors are divided on a central question: Should Sacramento County follow the will of the people of California, which approved using marijuana for medicinal purposes in a statewide ballot? Or should the county yield to the federal government, which hasn't authorized its use? "It is well beyond the time when Sacramento County should comply with state law," Supervisor Roger Dickinson wrote in a letter to his colleagues. Responded Supervisor Roberta MacGlashan: "Possession and use of marijuana is still a federal crime.  As long as it's a federal crime, I just can't do anything that facilitates its use." She also questioned the use of the phrase "medical marijuana." "I don't think there is a thing - medical marijuana.  There is just marijuana," MacGlashan said.  "It's still a federal crime to process, use or sell it."