The Netherlands - A Dutch court has added a new item to the list of activities eligible for tax relief - drug running! Judges in the central city of Arnhem recently declared that a professional fisherman convicted of smuggling hashish could deduct the cost of buying and shipping hashish to the Netherlands from his income on his tax return, national daily De Telegraaf reported Tuesday. "We disagree with the local court, so we will go to the Supreme Court to appeal," said Tax Service spokesman Marcel Homan.  He did not know when the Supreme Court would issue a final ruling in the case. Homan declined to give further details, citing privacy rules. The Telegraaf reported that the smuggler, whose identity was not released, appealed to the Arnhem court after being slapped with a euro3.3 million ($4.4 million) tax bill. The court ruled that because he had only been convicted of drug running and not trading in drugs he could deduct the cost of buying and transporting the drugs on his tax form.  That cut his tax bill to euro1.8 ($2.4 million) - a saving of euro1.5 million ($2 million). Under Dutch law, marijuana and hashish are illegal but police don't fine smokers for possession of less than five grams (one-sixth of an ounce) or prosecute for possession of less than 30 grams (one ounce).  Authorities look the other way regarding the open sale of cannabis in designated "coffee shops." But growers are subject to raids and prosecution, meaning the officially tolerated shop owners have no legal way to purchase their best-selling product. The case isn't the first time a court's ruling on taxes has raised Dutch eyebrows. In 2005, judges in the northern city of Leeuwarden ruled that witches can write off the cost of schooling in witchcraft against their tax bills if it increases the likelihood of employment and personal income. 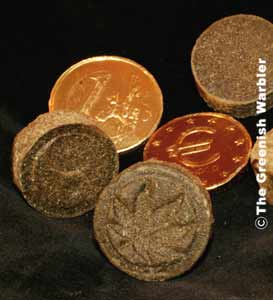 "A Dutch court ruled that the costs of buying and shipping hashish to the Netherlands can be deducted from one`s income on one`s tax return."

Israel: The pro-marijuana Green Leaf Party has told followers that marijuana is not kosher for Passover and that those who observe the holiday's dietary rules should take a break from it. It said products of the cannabis plant, including hemp seeds, had been grouped by rabbis with foods like beans that are off limits.  But if cannabis is nonkosher for Passover, it said, "it is apparently kosher the rest of the year."

USA: Medical cannabis bill defeated in New Hampshire House of Representatives. By a slender margin, lawmakers in New Hampshire decided on 28 March against letting people with debilitating illnesses use cannabis for pain relief or other medical purposes. The 186-177 vote in the House of Representatives stopped a bill that would have decriminalized the drug's use for patients under the care of a physician for severe illnesses such as cancer, AIDS or multiple sclerosis. Meanwhile, a move to legalize cannabis for medical purposes cleared its first legislative hurdle in the state of Connecticut. On 21 March the Judiciary Committee voted 31-8 in favour of the legislation. This year's version would allow residents, 18-years-old and older, with a debilitating medical condition diagnosed by a physician, to cultivate and use cannabis to relieve the symptoms of their disease. Alaska, Arizona, California, Colorado, Hawaii, Maine, Nevada, Oregon, Rhode Island, Vermont and Washington have already legalized the medical use of cannabis. The legislature of New Mexico also passed a bill that would legalize the medical use of cannabis in March 2007 and Governor Bill Richardson, who still has to sign the bill, supports the measure.