The pharmacy Hanzeplein in Groningen (http://www.hanzeplein.nl) is the first Dutch cannabis pharmacy. It sells medical cannabis grown by the company Bedrocan at 6 Euros per gramme. Thus, the price is similar to that in coffee-shops and cheaper than usually in pharmacies. This is a pilot project in cooperation with the Stichting Medicinale Cannabis and the Office for Medicinal Cannabis of the Ministry of Health, Welfare and Sports. Patients  need a prescription from their doctor. 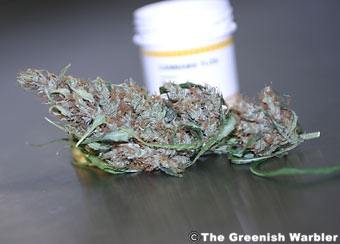 USA: California - A state judge on 6 December upheld California's law permitting
the use of cannabis for medical purposes, rejecting a lawsuit by three counties challenging the ten years old law. The counties, led by San Diego, argued that local governments of the counties shouldn't be bound to uphold state laws that are weaker than the federal prohibition of cannabis. State attorneys responded that California was entitled to pass its own laws suspending state prosecution for medical cannabis use.

Canada: Poll on medical use. In a nationwide survey, an 93 per cent of Canadians indicated they accept the idea of people legally smoking cannabis for health reasons. Nearly three in four (70 per cent) not only accept the practice but also personally approve of the behaviour. However, the political reality contradicts this nationwide opinion: The federal government's decision to cancel the Medical Marijuana Research Program (MMRP) sends a strong message that clinical research into the risks and benefits of herbal cannabis - the kind distributed by Ottawa under Supreme Court order - is not a priority. The discontinuation also signals Canada is no longer interested in being a leader in cannabinoid research despite its unique position as the only country with a federally controlled marijuana grow-op to supply registered users.

Canada: Case against local culture shop owners takes a turn as lawyer takes similar course argued by abortion activist Henry Morgentaler. The lawyer for Holy smoke co-owners Paul DeFelice and Alan Middlemiss, and associates Akka Annis and Kelsey Stratas, will use a defense employed by abortion activist Henry Morgentaler to acquit his clients of their drug trafficking and possession charges. While not acknowledging that his clients are guilty of trafficking or possession of a variety of marijuana, hashish, and psilocybin, Nelson lawyer Donald Skogstad said he plans to argue that their alleged trafficking of those substances was the "lesser of two evils".
"...You could argue it's a harm reduction issue" said Skogstad. "If marijuana is available at a fair price in a very clean product in a safe environment not dealing in the back alley where you might get your wallet taken.  [People are] not buying crystal meth."