Snoop Dogg arrested in California due to marijuana possession

Rapper and actor Snoop Dogg, one of the biggest names on the West Coast hip-hop scene and one of the most notorious celebrity stoners of the world, has been arrested in Los Angeles after airport police said they found a gun and marijuana in his car. The 35-year-old rapper, whose real name is Calvin Broadus, was arrested on Thursday at the Burbank airport near Los Angeles by police who had stopped him for leaving his car too long in the passenger loading area, Burbank police spokesman Kevin Grandalski said. Snoop Dogg was booked and released on $35,000 bail and is expected to make his first court appearance very soon.

While we learnt forelast week that NATO soldiers in Afghanistan are unable to fight against living cannabis plants, they now tried to compensate for this by getting their hands on the defenceless end product: Afghan police and NATO troops have seized more than 9 tonnes of hashish in a southeastern province bordering Pakistan, a major smuggling route. The drugs were found in a truck after the driver was stopped at a checkpoint in Zabul province and he became nervous as his vehicle was searched, NATO said in a statement. The driver and three others in the truck were arrested.

Another cannabis-related news from a war zone: After the Lebanon conflict, heavily increased border controls have lead to a hashish supply shortage and thus an extreme price increase of the drug in Israel. Meanwhile cannabis is eight times more expensive than it was before the war. Also the hashish export from Egypt to Israel has considerably decreased, what adds to the supply shortage. 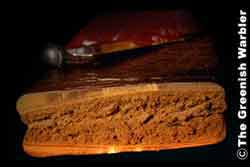 The following news isn`t that new, but all the more crazy: A 52-year-old man from the German town of Darmstadt last February tried to get a refund from his dealer for 400 euros ($475) worth of what he said was "bad marijuana". The dealer rejected this, whereupon the man turned to the police “for help” (!). Of course, the police then charged the man with violating drugs possession laws and confiscated the 200 grams of marijuana he brought with him to the police station. "It is un-usable," the man told police in the hope they would help him get his money back.

The German „Hanfparade“, the largest annual pro-cannabis demonstration in Germany, took place for the 10th time this year. But recently the organisers presented bad news: The Hanfparade is insolvent! Now the event is dependent on donations for continuing its existence. Everybody willing to help can find all relevant information on http://www.hanfparade.de/.

After the Swiss police had stopped tolerating the sale of marijuana in the form of “cannabis pillows” a while ago, cannabis dealers went underground again or try to disguise their illegal activities: The police in Zurich confiscated 300 grams of hashish and marijuana in a tea shop located in the shopping center “Puls 5”. The “tea shop” was closed after this bust.