Written by author and Salon.com columnist Glenn Greenwald for the Cato Institute, Drug Decriminalization in Portugal: Lessons for Creating Fair and Successful Drug Policies pulls together seven years of data collected since the country's trailblazing policy of drug de- criminalisation was enacted in 2001.

Greenwald's aim as stated in the paper was to examine the ". de-criminalisation framework as set forth in law and in terms of how it functions in practice." The ultimate goal being to set Portugal up as a case study that policy makers and advocates in other countries could consider when formulating debate on the issue.

Drug possession and taking drugs for personal use is still prohibited, but now it's considered an administrative violation which removes "consumption, acquisition and possession" from the criminal sphere. Let's make that clear: drugs are still illegal, they've just had any penalties for possession and use stripped away. It's also worth making clear that the law does [not] only apply to cannabis - it applies to all drugs including cocaine and heroin.

What happens then if you're busted? Essentially nothing, if you're not addicted. You can be fined, but that's considered a last resort. For those who are addicted they can have their fine dropped if they submit to treatment. Cops can issue citations to a non- addict, but they're not required to make an arrest. Trafficking still has its criminal offences attached - and if you're found with over what could be considered ten days worth of substances, you can be considered to be trafficking. 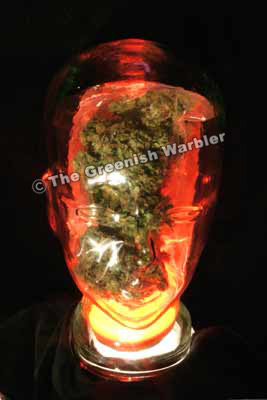 UK: Schizophrenia link to cannabis denied - A study by North Staffordshire academics has rejected a link between smoking cannabis and an increase in mental illness

The research found there were no rises in cases of schizophrenia or psychoses diagnosed in the UK over nine years, during which the use of the drug had grown substantially.

Pro-cannabis campaigners seized on the results as supporting the legalising of cannabis, and claimed the report had been suppressed. But the leading expert behind the study said it could be too low-key to re-ignite the debate on whether restrictions should be removed from soft drugs. From their base at the Harplands Psychiatric Hospital in Hartshill, the four experts reviewed the notes of hundreds of thousands of patients at 183 GP practices throughout the country to look for any changing rate in cases of schizophrenia. "The casual models linking cannabis with schizophrenia and other psychoses are therefore not supported by our study."

The research was conducted by Drs Martin Frisher and Orsolina Martino, from the department of medicines management at Keele University; psychiatrist Professor Ilana Crome, from the Harplands academic unit, who specialises in addiction; and diseases expert Professor Peter Croft, pictured below, from the university's primary care research centre.

New research shows regular marijuana users experience less impairment than occasional users in certain neurocognitive abilities after consumption. It may be time to re-think the way we envision the typical stoner-type personality portrayed in the media.

Recent research published in the Journal of Psychopharmacology shows those impacted most by any negative neurocognitive effects of marijuana are actually occasional users, not those who regularly consume marijuana.

The results showed the group of regular cannabis users' performance on the tasks was only affected in regard to motor impulse control (reaction time) when high concentrations of marijuana were consumed. On the other hand, the occasional users' abilities to perform critical tracking tasks, multi-tasking, as well as motor impulse control tests suffered significantly within the first hour after consumption of cannabis.

The study also reported on the significance of time decreasing the negative performance effects of cannabis on occasional users. Unlike the significant drop in performance levels occurring within the occasional user group in the first hour after cannabis consumption, regular cannabis users appear to show little shift in ability over the eight hour period following cannabis consumption with the exception of reaction time.

Canada's Prince of Pot, Marc Emery, has less than a month of freedom remaining before he heads to the US border to be handcuffed and escorted to federal court in Seattle, where he will accept a plea bargain and probable five-year prison sentence for selling marijuana seeds over the Internet.

But while he is resigned to years of imprisonment for his actions and beliefs, he is by no means giving up the fight and vows to reemerge stronger and more motivated than ever. His outspoken activism brought him to the attention of US authorities, and in July 2005, he and two employees, Michelle Rainey and Greg Williams, were arrested in Vancouver at the behest of the DEA on a US warrant charging them with marijuana trafficking for their seed sales.

DEA administrator Karen Tandy crowed loudly at the time about shutting down a leading funding source for legalization eforts, but quickly backtracked when accused of undertaking a politically motivated prosecution. After four years of legal tussles, Rainey and Williams accepted plea bargains that allowed them to serve probationary sentences in Canada. Now, Emery, too, has accepted a plea deal.

The agreement comes after Canada's Conservative government rejected a plea deal last year that would have allowed Emery to plead to a Canadian offense and serve his time in a Canadian prison. It was also clear that the Canadian government would not block his extradition to the US. Faced with a possible life sentence if convicted on all counts, Emery agreed to plead guilty to conspiracy to traffic marijuana, and will appear for sentencing in federal court in Seattle on Monday, September 21. But if he is to vanish into the American drug war gulag, it is going to be with a bang, not a whimper.

This summer, Emery and his young wife, Jodie, have been on a farewell tour, crisscrossing Canada to bid a temporary adieu to his legions of supporters. Emery is consistently drawing crowds in the hundreds and generating media coverage wherever he goes as he renews his longstanding call for marijuana legalization and urges supporters to agitate around getting him transferred to a Canadian prison to do his time.