Last year, the court declared that cultivating even a single cannabis plant was a punishable offence.  But now Italy's Court of Cassation has said Rastafarians use marijuana "not only as a medical but also as a meditative herb.  And, as such [it is] a possible bearer of the psychophysical state to contemplation and prayer". The case was brought by a man in his forties from Perugia who was sentenced to 16 months in jail plus a UKP4,000 ( UKP 3,000 ) fine in 2004 for possession of 97g of marijuana.

The Supreme Court said the court of first appeal had failed to consider that the man, a Rastafarian, smoked marijuana according to the precepts of his religion, which, the judges said, permits the smoking of 10g per day.  Rastafarians smoke the drug, said the court, "with the memory and in the belief that the sacred plant grew on the tomb of King Solomon". The government is livid.  The judgment "shatters the laws which forbid and proscribe penal sanctions for" the use of illegal drugs, an Interior Ministry spokesman said. Right-wing politicians were scathing.  Senator Maurizio Gasparri said: "Today we learn a Rasta is free to go around with drugs.  If somebody belonged to a religion which permitted them to eat their children, would they give them the go-ahead, too?"

But the verdict was received with joy at Rototom Sunsplash, Europe's biggest festival of reggae music, near Udine, in north-east Italy.  "Finally the principle of religious pluralism is beginning to make headway," Filippo Giunta, president of the festival, said.  "This judgment ...  underlines again the difference between this substance and so-called 'hard' drugs, alcohol included." 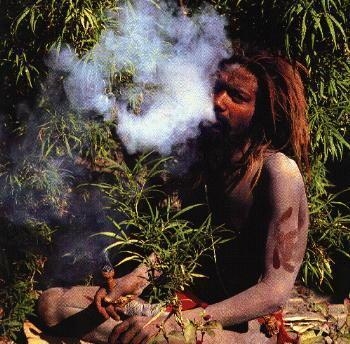 France asked the Netherlands to help it solve the drug problems

The request is remarkable as Paris has always been very negative about Dutch drug policies. According to the French authorities, drug dealers rule the streets in some banlieues and police officers are reluctant to patrol the areas. Dutch Interior Minister Guusje ter Horst says the Paris is very interested to know how the Dutch deal with inner-city drug problems and has requested that Dutch drug squads share their expertise with their French colleagues.

Massachusetts voters will have the opportunity to approve marijuana decriminalization in November.

Earlier this year, backers of the initiative had to turn in at least 66,000 valid signatures. CSMP easily met that challenge, and it met the challenge of gathering an additional 11,099 signatures in the second phase of the process. CSMP actually turned in 13,581 signatures in phase two. The deadline for challenging the signatures passed Wednesday. Under current Massachusetts law, simple possession of marijuana can get you six months in jail and a $500 fine. A marijuana arrest also results in the creation of a Criminal Offender Record Information (CORI) report. Advocates argue that CORI reports jeopardize a person's ability to obtain jobs, housing, and college loans, among other collateral damage.

The initiative would remedy the situation by: 1) Amending the current criminal statutes so that adults possessing an ounce or less of marijuana for personal use would be charged with a civil infraction and fined. 2) Removing the threat of a CORI report for minor marijuana possession charges. 3) Maintaining current penalties for selling, growing, and trafficking marijuana, as well as the prohibition against driving under the influence of marijuana.

USA  -  Oregon has already decriminalized marijuana possession and enacted the second-largest state medical marijuana program in the country, and now some Oregon activists are ready to move to the next level. This week, signature gathering began for the Oregon Cannabis Tax Act (OCTA), which would provide for marijuana to be sold in retail stores, among other things.

According to initiative sponsors, the act would provide for "regulating and taxing adult sales; licensing the cultivation of the drug for sale in state-run package stores and adults-only businesses; allowing adults to grow their own and farmers to grow industrial hemp without license; and letting doctors prescribe untaxed cannabis to patients suffering from a variety of illnesses and injuries."

USA  -  Grand juries are charged with evaluating potential crimes presented to them by prosecutors and deciding whether indictments are merited. The grand jury empanelled in March in Chatham County, Georgia, did just that, delivering numerous indictments for drugs and other criminal offenses. But grand juries and their foreman also have the opportunity to speak their minds about what they have observed while serving.

The Chatham County grand jury did so in its final report to Superior Court Judge Perry Brannen. Its observations and recommendations were not surprising. "A high percentage of our cases were drug-related and a high percentage were repeat offenders," the grand jury noted. Authorities should "institute more effective methods of drug treatment and rehabilitation aimed at minimizing repeat offenders" and "as far as possible, use stricter or more effective methods of punishment," the jurors recommended. While the grand jury's recommendations were pretty standard stuff, grand jury foreman Gordon Varnadoe used the opportunity to call for the legalization, regulation, and taxation of marijuana sales in his personal recommendations. Varnadoe also called for the legalization of prostitution.