In Memoriam: Dr. Hans Georg Behr has passed away

In Memoriam: Dr. Hans-Georg Behr, noted neurotoxicologist, cannabis expert and author, passed away on the evening of July 7 2010, at the age of 72. 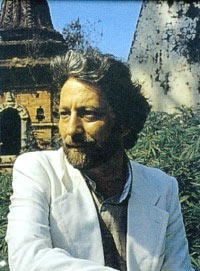 In Memoriam: Dr. Hans Georg Behr has passed away.

In 2009 Dr. Behr was awarded the International Cannabis Cultuurprijs in recognition of his fight against the prohibition of cannabis and against the demonisation of people who enjoy it. Although poor health prevented him from attending the award ceremony, his sense of humour was unaffected. "I am as happy as Charlie Chaplin when he was given an Oscar,"  joked Dr. Behr when he received the news. Hans Georg Behr's work has not always been met with such appreciation.

His book Von Hanf ist die Rede, Kultur und Politik einer Droge ('Hemp is the Question - the Culture and Politics of a Drug') was published in 1982 and remains a relevant and authoritative work on cannabis. In the storm of indignation which arose after the publication of his book, police searched Mr. Behr's home and found 0.318 grams of cannabis. Dr. Behr, who had never made a secret of being a 'kiffer' (cannabis smoker), was dragged before the courts.

The show trial which followed lasted for 52 days and ended with  the dismissal of the charges against him. Despite this experience, Dr. Behr  could laugh about the collective panic of the times:  "Until now I have not properly described the phobia about cannabis. I name it the distinct madness of the Germans. Paranoia Germanica." Dr. Behr's breakthrough to a mainstream readership came in 2001 with the publication of his autobiographical novel Fast eine Kindheit ('Almost a Childhood').

The novel describes his early years as a child growing up in Vienna - amongs the high ranking Nazi, then under the Russian occupation of the city after the Second World War. Happily, in his later years, Dr. Behr had no fear of being prosecuted by the German justice department: "I'm very excited that I'm the only one in Hamburg allowed to smoke hash. People now leave me in peace; after all,  they blamed me and my kind more than enough in the past."

If marijuana were legalized in California, prices could drop dramatically, consumption would increase (although how much is anyone's guess), and tax revenues could either wildly exceed published estimates or come in much lower, according to which sets of assumptions hold true, the RAND Drug Policy Research Center said in a report released Wednesday.

The report, Assessing How Marijuana Legalization in California Could Influence Marijuana Consumption and Public Budgets, assumes the cost of indoor marijuana production at no more than $300 to $400 a pound. Under legalization, the retail ounce price could drop to as low as $38 pre-tax, the researchers found. "There are several reasons to anticipate such a sharp decline," the report said. "First, we anticipate that workers' wages will fall because employers will not have to pay a risk premium to employees for participating in an illegal activity. Second, there will be greater ability to use labor-saving automation, especially in the manicuring stage.

Third, production at the level of an entire grow house, or several houses operated together, permits economies of scale not available to grows kept small enough to avoid attracting the attention of not just federal but also local law enforcement. Fourth, assuming that growers avoid attracting federal law-enforcement attention, they will face minimal risk of arrest and forfeiture." The authors caution that pricing estimates depend on a number of variables, including whether an excise tax is imposed, the degree to which it is collected or evaded, and the degree to which regulatory burdens impose economic costs on producers.

Current retail pot prices in California are from $250 to $400 an ounce for high grade weed, so a $38 ounce is about an 80% price reduction. Such a reduction is assumed to increase the rate of consumption, but as the authors note, "the magnitude of the consumption increase cannot be predicted because prices will fall to levels below those ever studied." Consumption could also increase because of non-price factors, such as loss of stigma or advertising campaigns. The authors said they "could not rule out" consumption increases of 50% to 100%, which would bring consumption to levels not seen since the late 1970s, the heyday of pot smoking in America.

Missouri has become the latest state to ban products containing synthetic cannabinoids, with Gov. Jay Nixon signing into law this week a bill making them and products containing them controlled substances in the state. The law goes into effect August 28. Products under names such as K2 and Spice contain the synthetic cannabinoid JWH-018, synthesized by a Clemson University scientist more than a decade ago for research purposes.

While the products are marketed as incense, most people buying them use them to achieve a marijuana-like high. Their use has been linked to adverse effects, including vomiting, hallucinations, and agitation. K2, Spice and similar products began appearing in Europe in 2006 and started showing up in this country last year. They are now banned in most European countries, but not in the US, although the DEA has labeled JWH-018 a "drug of concern." An increasing number of states are not waiting for the feds to act.

USA/Marijuana Legalization: Oregon, Washington Initiatives Fall Short
They will not be freeing the weed in the Pacific Northwest this November, at least not via ballot measures. Attempts to place marijuana legalization initiatives on the ballot in Oregon and Washington came up short as organizers were unable to gather sufficient signatures by last Friday's deadline.

In Oregon, the Oregon Cannabis Tax Act, sponsored by Oregon NORML and medical marijuana entrepreneur Paul Stanford, did not come close. It needed about 100,000 signatures, but only had 12,000 at the latest report. In Washington, Sensible Washington, the sponsors of the I-1068 legalization initiative, conceded last week that they, too, would fail to make the November ballot. They needed 241,000 valid signatures, but estimated they would come up short by 40,000 to 50,000.