IACM: In commemoration of Dr. Ester Fride - It is with great sadness that the IACM informs their readers that Ester Fride, the Israeli scientist who showed that a newborn  mammal cannot suckle and survive without a functional endocannabinoid system, died on New Year's Day at the age of 56. The cause was lung cancer, diagnosed in July, 2008. 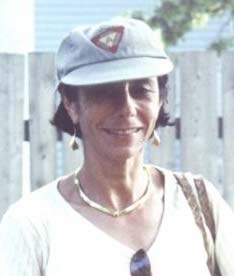 Dr. Fride, a professor at the College of Judea and Samaria in Ariel,  was the first awardee of the IACM Award for Basic Research in 2005. In a very personal letter the chairman of the IACM, Ethan Russo, wrote: "It is perhaps the greatest compliment that one can make to a friend that has left us too early, that although we are grief-stricken with their loss, the more pervasive feeling is one of  enrichment that we were lucky enough to walk with her in shared experiences and thereby be enriched in our own lives."

In the future the IACM Award on Basic Research will be called  "Ester Fride Award".

USA: New Jersey becomes the 14th state to legalize the medical use of cannabis.

On 11 January the New Jersey Legislature approved a bill that would make the state the 14th in the USA, but one of the few on the East Coast, to legalize the use of cannabis to help patients with chronic illnesses. The measure, which would allow patients diagnosed with severe illnesses like cancer, AIDS, and multiple  sclerosis to have access to cannabis grown and distributed through state-monitored dispensaries, was passed by the General Assembly by 48-14 and the State Senate by 25-13. Governor Jon S. Corzine has said he would sign it into law.

Supporters said that within nine months, patients with a prescription for cannabis from theirdoctors should be able to obtain it at one of six dispensaries. New Jersey's law is regarded as one of the most restrictive medical cannabis laws in the USA because it would permit doctors to prescribe it for only a set list of serious, chronic illnesses. The law would also forbid patients from growing their own cannabis and from using it in public, and it would regulate the drug under the strict conditions used to track the distribution of medically prescribed opiates. Patients would be limited to two ounces (57 grams) of cannabis per month.

- where users flout the law by meeting to smoke and buy the Class C drug - may soon open nationwide. Next month founding members of New Zealand's first cannabis connoisseurs' club, Auckland's Daktory, plan to meet fellow users throughout the country to help set-up Daktories in other cities. "We have demand from virtually every city in the country," Daktory  founder Dakta Green told Sunday News.

"I would expect to see in the next 12 months Daktories in every major city in this country, every city should have at least one - 2010 is the year people within our culture are demanding changes throughout the world." Auckland's Daktory, in New Lynn, plans to offer "degrees in Daktology" later this year - formalised study on all aspects of the cannabis industry including hands-on cultivation techniques.

For the first two-and-a-half months the Daktory was open cannabis was sold from the venue, and at one point almost 20 different strands of cannabis were available. That was stopped, not by police, but by demand Green said: "It got too popular and too busy." Cannabis is again for sale from the Daktory, as it's planned to be at all newly established cannabis clubs.

The Daktory's nationwide plans follow more than a year of hassle-free law-breaking by club members. In the 14 months since the Daktory opened - in November 2008 - there hadn't been a single police raid on their Delta St premises until Sunday News asked questions of police this week.

Suppressed WHO Report: Cannabis safer than alcohol and tobacco

New Scientist says many 'myths' about cannabis have been rubbished by scientists The World Health Organisation suppressed a report which said cannabis was safer than alcohol or tobacco, it has been claimed. A WHO report on cannabis, its first in 15 years, was published in December but New Scientist magazine said comparisons between cannabis and legal substances were dropped because it was feared they would give ammunition to the "legalise marijuana" campaign.

"It is understood that advisers from the US National Institute on Drug Abuse and the UN International Drug Control Programme warned the WHO that it would play into the hands of groups campaigning to legalise marijuana," the New Scientist said. Dr Maristela Monteiro, a scientist with the WHO programme on substance abuse, confirmed the analysis was dropped from the report but denied they had been pressured into it. She said: "It was not a fair comparison from our point of view and from a public health perspective it was not very useful. We thought it was biased towards showing less harm from cannabis."

New Scientist claimed the analysis showed marijuana was less of a threat to public health than alcohol or cigarettes. Dr Roger Pertwee: 'Very little evidence of long term harm' It said researchers had found marijuana smoke did not lead to blocked airways or emphysema or impact on lung function and the drug was less addictive than alcohol or cigarettes. There is very little evidence thatcannabis is harmful in the long term." He says: "The problem with this area is there is an awful lot of prejudice both for and against cannabis and people feel so strongly about this they are often prepared to manipulate the facts or be selective about what facts to use."

The treatment of glioblastoma cells with both compounds led to significant modulations of the cell cycle, induction of reactive oxygen species (free radicals) and apoptosis (programmed cell death). There were specific changes that were not observed with either compound individually, indicating that the signal transduction pathways affected by the combination treatment were unique. Researcher concluded that these "results suggest that the addition of cannabidiol to delta-9-THC may improve the overall effectiveness of  delta-9-THC in the treatment of glioblastoma in cancer patients."