Hawaii: Hawaii County Council Rejects "Green Harvest" Eradication Program. By the narrowest of margins, the Aloha State's Big Island Hawaii County Council has rejected a state and federally funded marijuana eradication program known as "Green Harvest." The action came during a council meeting last week, when the council tied 4-4 on whether to continue to support the widely criticized program. The tie vote meant the motion to accept the funding failed. "Green Harvest" began in Hawaii three decades ago and has been controversial ever since. Many residents opposed the program, saying low-flying helicopters searching for pot fields disrupted rural life and invaded their privacy. Others argued that the program has done little to eradicate marijuana and even promoted the use of other, more dangerous drugs. 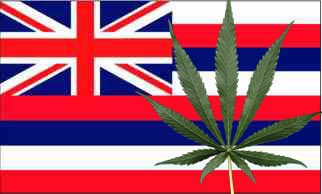 USA: California Appeals Court Throws Out Quantity Limits. In a May 22 decision, the California 2nd District Court of Appeal in Los Angeles has ruled that state lawmakers unconstitutionally overstepped their bounds by limiting the amount of marijuana patients could possess. California's Compassionate Use Act became law as the result of a 1996 voter initiative, and the legislature cannot amend initiatives, the court held. Seeking to regulate medical marijuana in the state, the legislature passed a bill that set limits on the amount of pot patients could possess. That bill set the limit at eight ounces of dried marijuana and six mature or 12 seedling plants. Prosecutors used that provision of the law to charge medical marijuana patient Patrick Kelly with marijuana possession and sales after they busted him with 12 ounces. Kelley was a registered patient, but did not have a doctor's recommendation that he needed more than the eight ounces envisioned by the legislative action. Prosecutors were wrong to charge Kelly, the court held.

USA: Idaho Resort Town Passes Three Initiatives – again. For the second time in less than a year, voters in the Sun Valley town of Hailey, Idaho, have approved a trio of marijuana reform initiatives. A measure legalizing medical marijuana, another legalizing industrial hemp, and a third directing the city to make marijuana law enforcement its lowest policing priority all passed. A fourth initiative that would have directed the city to tax and regulate marijuana distribution failed. Voters passed the same three initiatives in November, but city officials balked at enforcing them. That stance was strengthened by a December opinion from the Idaho Attorney General's office that the local initiatives conflicted with state law. But Ryan Davidson, chairman of the Idaho Liberty Lobby, the group that organized both efforts, put the initiatives back on the ballot. Another round of ballot box victories would make it "politically less viable" for local officials to oppose the will of the voters, he told the Idaho Mountain News.

Australia: Doc Group Lobbies for Tougher Western Australia Marijuana Laws. The Australian Medical Association has called on the state government of Western Australia to introduce harsher marijuana laws. It warned of an increased risk of schizophrenia among pot smokers, citing a new review of international research on the links between marijuana and mental illness. Western Australia has some of the most tolerant pot laws in the country. While the possession, use, or cultivation of any amount of marijuana remains illegal, under the state's 2004 Cannabis Control Act, adults possessing 30 grams or less or two or less non-hydroponically-grown plants can avoid a criminal conviction if they pay a fine or attend drug classes. The Western Australia government has promised to toughen marijuana laws so that any adult who grew marijuana or possessed more than 15 grams of it would face criminal charges. But it has so far failed to introduced the legislation.