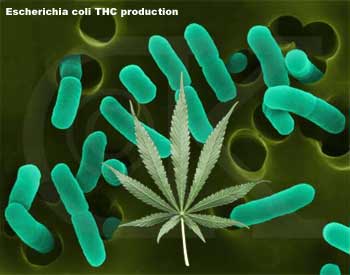 Professor Kayser said that this technique will result in much cheaper synthetic THC medicaments and therefore help health insurances bear THC medicament costs which so far is rarely the case in German due to very steep prices. “Our new way of synthetic THC production will reduce the costs of producing one kilogram of THC from 50.000 Euros to only 2.500 Euros”, Kayser said.

In an interview Friday with the Austrian newspaper Kurier and reported in the Swiss newspaper Tagesanzeiger, prominent Swiss politician Dick Marty called drug prohibition a failure. Drugs should instead be legalized, taxed and regulated, he said. Marty was the state prosecutor in Ticino for 15 years and in 1987 won an award from the International Narcotic Enforcement Officers Association.

He was elected to the Swiss Council of State in 1995 and the Parliamentary Assembly of the Council of Europe in 1998. He has hold both positions ever since. Marty gained international prominence when he was appointed by the Council to investigate the collaboration of various European governments in the CIA's secret prison program and issued a damning report in 2006. Drug prohibition has been "a total bust," Marty said Friday. "It only leads to high prices and corresponding profits for the drug mafia, without diminishing the access to drugs." Recalling his years as a prosecutor, Marty added that it was only the small-time dealers who got paraded through the courts, while the drug lords were "little bothered" and stayed in luxury hotels.

And despite the endless low-level prosecutions, it has never been so easy to get drugs, he added. Money wasted on enforcing drug prohibition could instead be spent on prevention, and after legalization, governments could control the drug sector through regulation and taxation, as is the case with alcohol and tobacco, Marty said.

Support for Proposition 19, California's Tax and Regulate Cannabis marijuana legalization initiative is at 50% in the latest Survey USA poll, which was released today. The figure is unchanged from last month's Survey USA poll. Some 40% of respondents opposed the initiative, which would allow Californians 21 or over to possess up to an ounce of weed and to grow up to 25 square feet worth.

The initiative would also give counties and municipalities the local option of permitting, taxing, and regulating marijuana sales and cultivation. Survey USA contacted 1,000 adult Californians, found 837 of them registered to vote, and polled 602 of them it considered most likely to vote. The margin of sampling error is +/- 4.1% This poll is in line with other recent polls, including one we reported on earlier this week that had support for a general marijuana legalization question at 51%.

Like other recent telephone polls, today's Survey USA poll shows higher levels of support for legalization than the face-to-face polls, suggesting that some potential voters are reluctant to say they support a controversial idea like legalization, but may do so in the privacy of the voting booth. Support for Prop 19 was stronger among men (55%) than women (45%), stronger among people under 50 (55%) than over (45%), and stronger among Democrats (60%) and independents (53%) than Republicans (36%). Prop 19 garnered majority support from blacks (54%) and whites (51%), but not Hispanics (45%) or Asians (44%).

In a long-anticipated but now somewhat anticlimactic ruling, the California Fourth District Court of Appeal in Santa Ana on Wednesday decided not to decide whether localities can ban medical marijuana dispensaries, sending the case back to Orange County Superior Court for further hearings.

The court did, however, reverse a lower court's ruling that federal law preempts state law. The case, Qualified Patients Association (QPA) v. City of Anaheim, deals with an Anaheim ordinance that makes operating or working at a dispensary a misdemeanor criminal offense, but could also affect numerous other localities that have banned dispensaries. The medical marijuana advocacy group Americans for Safe Access (ASA), which filed an amicus brief in the case, has identified 133 California localities with bans in place.

Nevada marijuana legalization initiative aimed at the 2012 ballot is on life-support after its primary funder, the Marijuana Policy Project (MPP), pulled its financial backing from the effort, both MPP and David Schwartz, head of its state affiliate, Nevadans for Sensible Marijuana Laws, told the Chronicle this week.
Under the proposed initiative, people 21 and over could possess up to an ounce of marijuana, as well as pot paraphernalia, but they could not grow their own. Instead, consumers would purchase it from one of 120 authorized retail outlets, who would in turn purchase their supplies from one of 50 authorized wholesale growers. The proposal includes a $50 an ounce excise tax at the wholesale level, and sales tax would apply on retail transactions. "It's no secret that ballot initiatives are an expensive proposition," said MPP spokesm Observing the world of cannabis