Old Ed, one of the legendary pioneers of the Dutch marijuana scene, has deceased. Wernard Bruining reports: “In 1979, Old Ed came from Oregon USA to the Netherlands. He brought us his knowledge of 'Sinsemilla' horticulture and his seeds. For 5 years he lived in my house and I felt blessed in his pressence. For me he was send by God. He tought me to smoke pure, grow organicly and communicate with the plants. His seeds were the first in Europe to be commercialized by the Amsterdam Lowlands Seed Company (1980-1984). That was the start of Eurocannabis. He was a dedicated opponent of the anti-cannabis laws and saw that it was an almost moral obligation to break them. During the years he returned to Europe a few times and made many new friends. We will always remain grateful for his gift to the mellow people in Europe.” 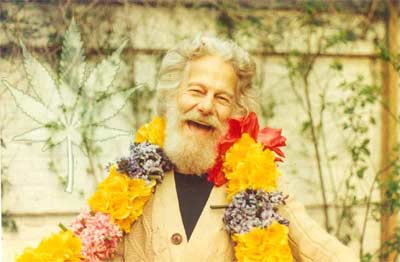 "At the age of 90, legendary cannabis pioneer Old Ed deceased - a big loss for the international cannabis community."

The Netherlands: Magic mushrooms face ban. The famously liberal Netherlands has
been swinging toward the right, cracking down on immigration, religious freedoms and the freewheeling red light district. The next possible target? Magic mushrooms. The death of a 17-year-old French girl, who jumped from a building after eating psychedelic mushrooms while on a school visit, has ignited a campaign to ban the fungi, sold legally at so-called "smartshops" as long as they're fresh. Regulation of mushrooms is even less stringent than Holland's famously loose laws on marijuana, which is illegal but tolerated in "coffee shops" that are a major tourist attraction. Gaelle Caroff's parents blamed their daughter's death in March on hallucinations brought on by the mushrooms, although the teenager had suffered from psychiatric problems in the past. Photographs of her beautiful, youthful face have been splashed across newspapers around the country. If the government does ban mushrooms, it will be in keeping with conservative trends that have been sweeping the country in recent years. Since 2001, Muslim immigrants have been under pressure to learn Dutch and integrate, and there have been calls by some to ban Islamic schools and radical mosques.