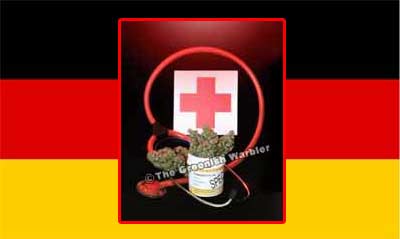 Medical marijuana is not recognized by Germany's Federal Institute for Drugs and Medical Devices (Bundesinstitut für Arzneimittel und Medizinprodukte - BfArM), but the regulatory agency has allowed four patients to use marijuana since August 2007. Those exceptions came at the urging of doctors and only after it was established that no other treatments were effective. Germany is now inching closer to full membership in the medical marijuana club, which is currently limited to a small number of countries, including Canada, Holland, and Israel.

Africa: Debate Over Marijuana Legalization in Morocco Hits the Airwaves.

Africa  -  Since at least the 15th Century, farmers in Morocco's Rif Mountains have been growing marijuana, which they typically process into hashish. For decades, Moroccan hash has been a mainstay of European marijuana markets. In recent years, production reached a peak of 135,000 hectares in 2003 before declining to about 60,000 hectares this year and last in the face of aggressive government efforts to eradicate crops and break up trafficking organizations.

But while the half-decade of harsh repression has led to ever-larger seizure numbers, it has also led to ever-larger arrest figures and stoked resentment in traditional marijuana growing regions. Efforts to reduce cultivation through alternative development programs have proven only partial successful, and now the debate over what to do about marijuana production has broken out into the public sphere.

On Wednesday, December 3, Moroccan Television's second station, 2M, broadcast a live debate on possible approaches to cannabis cultivation called "Cannabis and Hashish: What Approach To Take?" Participating in the discussion were Khalid Zerouali, executive director of migration and customs; Chakib Al Khayari, president of the Association for Human Rights in the Rif region, Professor Mohamed Hmamouchi, director of the National Institute of Medicinal Plants; Hamid El Farouki, director of development at the Agency for Promotion and Development of the Northern Region; and researcher Abderrahman Merzouki.

According to a report on the debate made available by the European Coalition for Just and Effective Drug Policies (ENCOD), the panelists discussed three questions: To what degree have alternative development projects been able to support the populations in replacing their illicit traditions? Is it possible to direct the cultivation of cannabis towards therapeutic and industrial uses and, in a general way, towards an alternative economy in these regions? What is the role of regional and international cooperation in this domain? While government ministers Zerouli and El Farouki called eradication programs a success, citing a 55% reduction in cultivation since 2003, human rights advocate Al Khayari characterized that figure as "not realistic." He said new marijuana fields that had not been counted had sprung up in various regions.

Merzouki supported this opinion, and denounced human rights violations against farmers whose fields were eradicated. The law enforcement approach should immediately be replaced by a social approach, he said. As the debate wound down, human rights advocate Al Khayari proposed legalizing marijuana as the only practical solution for the traditional producing regions, a view that was seconded by Hmamouchi.

Legalization should come within a framework that would regulate cultivation and allow for medicinal and industrial (hemp) cultivation, said Al Khayari. Even Customs Minister Zerouli agreed that it was a provocative idea for the historical producing regions. He said he would discuss the notion in a more profound way with the participation of civil society as a means of reducing illicit drug trafficking. Meanwhile, cultivation continues, as do eradication and arrests. And some 800,000 Moroccans derive at least part of their income from it.

USA: Border Patrol agents in the Rio Grande Valley seized 188 percent more marijuana the first week of December this year compared to the same period last year, according to figures from the agency. Agents seized more than 20,600 pounds of marijuana throughout the Valley from Dec.  1 to Dec.  8. The largest seizure was more than 3,600 pounds and had an estimated street value of $16.5 million.  The drugs were found inside a trailer at the checkpoint near Falfurrias. Officers carried out 57 seizures the first week of this month, a 155 percent increase compared to the corresponding period last year. From fiscal year 2007 to fiscal year 2008, however, the number of marijuana seizures decreased about 10 percent.  Border Patrol fiscal years run from Oct.  1 to Sept.  30. Nationally, the Border Patrol's Rio Grande Valley Sector ranks third in marijuana seizures and first in cocaine seizures, the agency reports.

USA  -  "The applications are due Jan.  1," said Agriculture Commissioner Roger Johnson.  "Although the U.S.  Drug Enforcement Administration continues to prevent holders of state licenses from growing industrial hemp, NDDA remains committed to fully implementing state laws authorizing the production, processing and sale of this crop in North Dakota." Johnson cautioned prospective growers that the process involves state and federal criminal background checks including fingerprints, together with associated fees and paperwork.

Johnson issued state licenses to two farmers -- Rep.  David Monson, Osnabrock, and Wayne Hauge, Ray -- in 2008.  After DEA failed to act on their applications as bulk manufacturers of industrial hemp, Monson and Hauge sued DEA in federal court.  The case is currently on appeal before the 8th Circuit Court of Appeals in St.  Paul. "Unless the federal courts act favorably on the matter, it may take congressional action to amend the Controlled Substances Act, enabling state-licensed growers to produce the crop," Johnson said.  "This is unfortunate because industrial hemp production has virtually no potential for illegitimate purposes and because the crop could be valuable for North Dakota growers."

USA: US Jail and Prison Population Hits All-Time (Again) - 2.3 Million Behind Bars, Including More Than Half a Million Drug Offenders.

USA  - The number of people in jail or prison in the United States hit another record at the end of last year, according to a report from the US Department of Justice's Bureau of Justice Statistics released Thursday. According to the report, Prisoners in 2007, 2,293,157 people were behind bars at the end of last year, roughly two-thirds of them serving prison sentences and one-third doing jail time.

Drug offenders made up 19.5% of all people doing time in the states, or roughly 400,000 people. In the federal system, drug offenders account for well over half of the 200,000 prisoners (those numbers are not included in this report), bringing the total number of people sacrificed at the altar of the drug war to more than half a million. The population behind bars continued to grow at a faster rate than the population as a whole last year. The number of people imprisoned per 100,000 population -- the imprisonment rate -- rose from 501 in 2006 to 506 last year. It was 475 per 100,000 in 2000. Since 2000, the number of people behind bars increased by 15%, while the US population increased by only 6.4%.