Germany: They had stomach cramps, nausea, anemia and fatigue, and some even had a telltale bluish line along their gums - classic signs of lead poisoning. But the cases, last year in Leipzig, Germany, puzzled doctors. Lead poisoning is rare in Germany, and yet here were 29 cases in just a few months. The doctors noticed a pattern: the patients were young, from 16 to 33; they were students or unemployed; and they had body piercings and a history of smoking. In a letter published Thursday in The New England Journal of Medicine, the doctors wrote, "On questioning, all the patients eventually conceded that they were regular users of marijuana." Three provided samples for testing. Sure enough, their marijuana was full of lead. One bag bought from a dealer even contained lead particles big enough to see, which meant the lead must have been added deliberately, rather than being absorbed into the plant from contaminated soil.
The core temperature of a joint can reach nearly 2,200 degrees Fahrenheit, the doctors noted - more than hot enough to melt lead, which can be absorbed through the respiratory tract. The poisoning was widely reported by German newspapers and television, and an anonymous lead-screening program was set up for marijuana users. Among 145 people who showed up for testing, 95 more cases were found. The authorities do not know where the tainted marijuana came from or why the lead was added, but the German police suspect that it was done to make money. The samples tested contained 10 percent lead by weight, which translates into an increased profit of about $682 per pound of marijuana. The patients are recovering and taking medicines called chelating agents to help remove the lead from their bodies. But it could take years to clear it completely, particularly from bones. And some were quite disillusioned to learn that poison was added to what they thought was a pure, all-natural product, said their doctor, Prof. Michael Stumvoll of University Hospital in Leipzig, who commented, "How naive!" 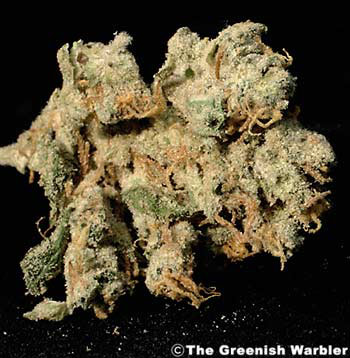 Canada: Health Canada is looking for someone to grow its weed. The department served notice yesterday it soon will invite firms to bid on a contract to cultivate and distribute medical marijuana, which is now being done in Flin Flon, Man., by Prairie Plant Systems Inc. The winning firm will be expected to deliver a steady stream of
government-approved dope to certified medical users starting in the fall. Health Canada posted a notice on a government tenders website saying it would put out a formal request for proposals in the spring of 2008, without specifying a date. Ottawa has been a reluctant supplier of pot since a series of court  rulings forced it into the medical marijuana business. The marijuana program licenses certified medical users to grow their own pot, to have someone grow it for them or to buy it straight from
Health Canada. The department has paid Prairie Plant Systems more than $10 million
to cultivate government-certified dope in a mine shaft in Flin Flon, Man. The company couriers the weed directly to users in 30-gram packets. Health Canada first awarded Prairie Plant Systems the deal in late  2000 and has been extending it in six-month increments since 2006, says company president Brent Zettl. He added the company has to decide whether it will bid on the new  contract, although he expects it will. "We didn't expect that this process would be able to continue. These are the rules that they have to abide by," Zettl said. "We had anticipated internally that something would have to happen.  We expected it would be something along these lines." The winning firm could wind up in the advantageous position of one  day being the sole supplier of medical marijuana. Health Canada has said it plans to eventually end its licensing of
homegrown weed. That would force all medical users to buy their
supplies directly from Ottawa, perhaps through pharmacy distribution.

USA/California: A Los Angeles County Superior Court judge ruled Thursday that federal
law allows landlords to boot medical marijuana dispensaries that rent  from them. The decision by Judge Margaret Oldendorf was a strike against  dispensaries in their legal battle against the Drug Enforcement Administration. The agency, over the past year or so, has notified landlords who rent to dispensaries that doing so is a violation of federal law, even though medical marijuana is legal in California. The case before Oldendorf stemmed from Northridge, Calif., landlord Parthenia Center's attempt to evict dispensary Today's Health Care Inc. Oldendorf ruled that federal law gave Parthenia the right to evict THC, citing the 2005 U.S. Supreme Court decision in Gonzales v.  Raich, 545 U.S. 1, that supported the federal government's ability to  prohibit medical marijuana despite the passage of California's  Compassionate Use Act in 1996. The high court's majority opinion, Oldendorf said in a written ruling, found that the Constitution's Supremacy Clause "unambiguously provides that if there is any conflict between federal and state law, federal law shall prevail." Several attorneys involved with medical marijuana-related litigation say the decision could hurt dispensaries' ability to find landlords willing to rent to them. The DEA letters alone have already forced several Bay Area dispensaries to close. Arcata, Calif.-based attorney Steven Schectman, who represented THC and said he plans to appeal, said the case will determine the future of medical marijuana. "We see this as an opportunity ultimately to have the California  courts clear this up once and for all," he said.

USA: Congressman Barney Frank has introduced bi-partisan legislation aimed at removing federal restrictions on the individual use of marijuana (HR 5843). One bill would remove federal penalties for the personal use of marijuana, and the other (HR 5842) versions of which Frank has filed in several preceding sessions of Congress would allow the medical use of marijuana in states that have chosen to make its use for medical purposes legal with a doctor's recommendation.  Representative Ron Paul (R-TX) joined Frank as a cosponsor of the federal penalties bill.  The cosponsors of the medical marijuana bill are Rep.  Paul, along with Reps. Maurice Hinchey (D-NY), Dana Rohrabacher (R-CA), and Sam Farr (D-CA).