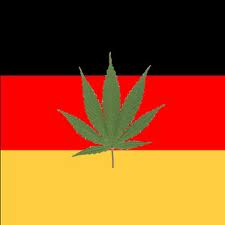 Berlin could soon see its first cannabis coffee shop opening as politicians start to look for new ways to handle the issue of cannabis.  Local City councillors have already voted in favour of a coffeeshop but there will be some technical hurdles that need to be overcome, such as how the pot can be legally sourced.

A majority in the Friedrichshain-Kreuzberg council have backed the move as part of efforts to eliminate local drug dealing.   District Mayor Monika Herrmann says the "prohibition policy" of the past few decades has failed: "We now have to think about offbeat solutions."  Its remarkable how many politicians from different countries are just waking up to the fact that pot prohibition does not reduce consumption.

The German polticians have been impressed with the Dutch system where coffeeshops are regulated and pot is sold to adults.  Evidence from the Dutch model is very clear, by bringing dealers off the streets crime is reduced, police work is reduced, the workloads for the courst are reduced, taxes are raised, jobs are created and under-18's are prevented from buying pot.

Dutch Passion send their best wishes to Berlin pot lovers and hope the project will end in success!