Finland: Health ministry plans to publish guidelines for the

Finland: Health ministry plans to publish guidelines for the
medical use of cannabis

The Ministry of Social Affairs and Health wants to publish guidelines on the medical use of cannabis. Just over a year ago the National Agency for Medicines granted its first special permission for medical cannabis to a man suffering from chronic pain stemming from a back injury. The Agency had initially rejected the application for the use of cannabis prescribed by a Dutch doctor. The patient appealed the case to his regional Administrative Court, which overturned the decision. The court decision also forced the Ministry for Social Affairs and Health to clarify legislation. It is expected, that in a few months changes will be enacted that allow the prescription of cannabis. Under the plan, even after the changes, cannabis prescriptions for medicinal purposes will require the permission of the National Agency for Medicines. 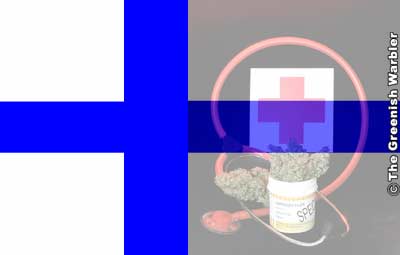 Finland: Health ministry plans to publish guidelines for the medical use of cannabis

UK: Cannabis is stronger, but users smoke less.  A more potent "skunk" form of cannabis now accounts for 70-80% of the British market for the drug, but many users are cutting down and only smoking enough to get high, the initial results of a Home Office study show. A special meeting of the government's expert committee on drugs which is looking again at the legal status of cannabis was told by Dr Les King that the rise in the use of "homegrown skunk" – which accounted for 15% of the market in 2002 against 70% now - had been driven by the growth of "cannabis factories" run by organised crime gangs, who were often Vietnamese. He said British-grown skunk had almost squeezed traditional imported herbal cannabis out of the market with cannabis resin mostly from Morocco still holding about 20% of British sales. King, a technical adviser to the Home Office scientific development branch, said the skunk has an average THC content - the active ingredient in a joint - of about 12% to 14%, two and a half times that of traditional cannabis resin. He compared it to the difference in
strength between beer and wine and said the amount smoked was as
important as strength. He was supported in his claim that users were moderating their intake of the more powerful cannabis by Dr Mike White from the Forensic Science Service who said it was rare for a smoker to get through an entire joint in one go. He also suggested that the potency of British skunk had actually fallen by 10% in the past two years as growers substituted quantity for quality in the face of an expanding market.

Canada: The Saskatchewan Court of Appeal has ruled that the scent of burning marijuana emanating from a car window is not probable cause for an arrest and vehicle search. The decision came in the case of Archibald Janvier, who was pulled over for a broken headlight four years again in La Loche, Saskatechewan. Crown prosecutors, unsurprisingly, were not happy. Crown lawyer Douglas Curliss told Canwest the court's decision was based on the lack of any additional evidence to justify an arrest and search. "The court was of the view that all he had was the smell of burnt marijuana alone; he couldn't act." Still, he said, the Crown will not appeal the decision. Is there a continental trend here? Last March, the Utah Supreme Court held that the smell of burning marijuana is not enough evidence for a warrantless home search. And just last month, a California Appeals Court ruled that even seeing someone smoking pot inside a home was not sufficient grounds for a warrantless entry.

USA: The largest American association of physicians calls for reclassification of cannabis and protection of patients who use the drug according to state laws. The largest association of physicians, the American College of Physicians (ACP), is calling on the federal government to ease its strict ban on cannabis as medicine and hasten research into the drug's therapeutic uses. In a 13-page position paper the organization, which has 124,000 members, calls on the government to drop cannabis from Schedule I of narcotic drugs, a classification it shares with illegal drugs such as heroin and LSD. Narcotics of Schedule have no medicinal value and a high
potential of abuse. The paper is available on the website of the American College of
Physicians at: http://www.acponline.org/acp_news/medmarinews.htm

USA: According to newspaper reports there are currently about 16.000 patients in Oregon and 900 in Nevada, who are allowed to use cannabis for medicinal purposes according to the state laws. (Sources: Oregonian of 4 February 2008, Nevada Appeal
of 4 February 2008)

Science II: Pregnancy - In a prospective study with 648 children researchers of the University of Pittsburgh found a decreased performance in an intelligence test (Stanford-Binet Intelligence Scale) at age 6 if their mothers had used cannabis daily during pregnancy.