Researchers said they had pinpointed the biochemical pathway by which cannabis causes memory loss in mice. The discovery could help open the way to drugs that have marijuana's desired pain-killing properties but without its amnesic side effects, according to the paper, published in the journal Nature Neuroscience.

It has long been known that cannabis produces memory loss by acting on the hippocampus, the region in the brain that governs most of our cognitive functions. But whether that impact was long-term or lasted only during the drug's use, as well as how the drug acted biochemically, has been intensely debated. Rafael Maldonado and and Andres Ozaita at Pompeu Fabra University in Barcelona believe they can help answer both questions. 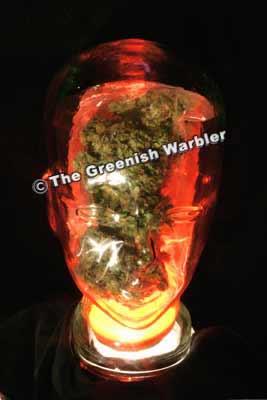 The scientists first created a new measure of cognitive impairment so that they could easily assess the impact of cannabis use on memory in normal mice. "Not only were the behavioural effects abolished, the biochemical responses that are directly responsible for the amnesic-like effect were abolished too," Maldonado said in a phone interview. This should make it possible to develop a molecule that will produce cannabis' positive effect without affecting the GABAergic brain cells that govern memory, he said by phone.

The research also showed that administering cannabis leads to a change in the way that proteins are manufactured in the affected part of the brain. "This is crucial, because a change in protein synthesis means a long-term change, this is not something that will just disappear the next day," he said. Just how long memory might be degraded is unknown, he added. "These are not permanent changes, even if they are long-term. People who are using cannabis therapeutically should not be worried," he said.

Latin America: On its way to legalizing drugs?

Latin America is headed towards the decriminalization of drug possession for personal consumption, according to experts and officials who took part in a regional conference in Buenos Aires. Those attending the 1st Latin American Conference on Drug Policy, which ended Friday, also said that legislative reforms are being designed to give smaller sentences "to small traffickers, and to create policies that minimize harm" by encouraging addicts who can't quit to come into the health system.

They also warned that the war on drugs "did not achieve its goal," since Bolivia, Peru and Colombia, which together produce all the cocaine in the world, "could not manage in 10 years to reduce the area under cultivation," according to a communique released at the end of the meeting, sponsored by the Pan-American Health Organization. Brazilian lawmaker Paulo Teixeira said that his country's current  anti-drug law "increases the harm to users, because once in jail they  get involved with organized crime."

The legislator, originator of Brazil's first bill to "reduce the harm" of drug consumption, presented a study saying that 84 percent of those sentenced between 2006-2008 for drug possession in that country were not armed and 50 percent of those convicted for marijuana trafficking had less than 100 grams (1/2 ounce) of the substance. The Argentine government defended Thursday the legalization of drug
possession for personal consumption and said that it awaits "almost
impatiently" a verdict by the Supreme Court that would make criminal punishment for a drug user unconstitutional.

Oakland marijuana activists are looking for nearly 434,000 signatures
statewide to support a ballot measure that would allow adults 21 and over to possess up to an ounce of pot.

Organizers filed the measure with the California Attorney General's Office Tuesday with the hopes of getting enough signatures to include
the measure - which would also allow homeowners to grow marijuana
for personal use on garden plots up to 25 square feet - on the
November 2010 ballot. The initiative comes on the heels of several initiatives moving
toward legalizing and regulating marijuana, prompting some local activists and officials to point to California's failing economy and changing attitudes as impetus.

"Marijuana is California's largest cash crop," said Greg Allen, an attorney who has been a medical marijuana activist for more than a decade. Allen said the latest movements toward taxing marijuana will have significant economic benefits for the state. Legalizing it would also lower the price of marijuana, possibly leading to less
criminalized behavior associated with the underground marijuana market, Allen said. "If marijuana were legalized in the state of California there would be lower law enforcement costs, pretty much from prosecuting to paper clips to police officers. And, it would clearly lower incarceration costs," he said, adding that law enforcement efforts could then be directed toward other issues of greater concern.

Humboldt County Sheriff Gary Philp said his department already makes  an effort to not go far beyond the necessary boundaries when it comes to marijuana enforcement: "We make an overt effort not to deal with people who are meeting the legal requirements," he said. "We don't enforce the federal laws, so if people are within legal guidelines, then we move on and are just dealing with commercial illegal efforts."