Czechoslovakia: The Czech Supreme Court has reversed a pair of marijuana cultivation convictions against a 57-year-old retiree who grew the plants to treat her ulcers and foot pains, Czech Radio reported. The high court has ordered the Prague Municipal Court to reexamine the case. The unnamed woman from a village in Central Bohemia grow some 70 marijuana plants in her vegetable garden. A regional court in the town of Nymburk twice found her guilty of illegal possession and production of marijuana. She was given a suspended two-year sentence, but appealed to the high court.  The ruling was hailed by drug reformers, who said it could set an important precedent. The ruling could mean courts would have to examine cultivation cases on an individual basis to see if there was a medical defense. The Supreme Court ruling does not make marijuana cultivation legal, but does appear to offer a sort of medical necessity defense. Under current law, pot growers face up to five years in prison. But Czechs are among the most prolific marijuana smokers in Europe, and pressure has been mounting for marijuana law reforms there. Last summer, deputies introduced a bill that would dramatically lower penalties for possession and small-scale cultivation, but it has not been acted on yet. 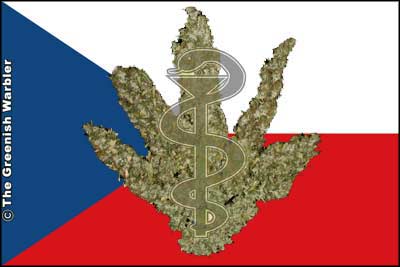 Europe: Just before the beginning of the UNODC meeting this week in Vienna, the ENCOD (European Coalition for Just and Effective Drug Politics), on behalf of all NGOs, has called for legal cannabis cultivation. ENCOD said “The time is ripe for non-repressive strategies in drug policy that do not threaten the livelihood of peasants in developing countries, do not damage the health of consumers and do respect the rights of citizens, such as the right to grow and use natural plants for personal consumption. Strategies should be implemented that would create legal means for the production and use of hemp/cannabis, opium and coca, plants that have served humanity for thousands of years. It is obvious that only the regulation of drugs production and trade within a legal framework will take the control of the drugs market out of the hands of the criminal organisations. We ask you and all government delegates at the CND to change the course of history by bringing an end to prohibition as the fundamental basis of international drug legislation.”

UK: Government rejects risk management proposals on cannabis and issues threats. Cannabis campaigners are once again in uproar over the British Government’s stubborn stance of sticking to the failed policy of punishment over care. The Prime Minister’s Office have responded to a petition on the Downing Street web site, calling for licensed "Cannabis Social Clubs" (CSC’s) for small-scale non-profit home cultivation by small groups of adult cannabis users under license. Alun Buffry, 58, a spokesman for the Legalise Cannabis Alliance who started the petition, said: "The proposal was based on Spanish and Belgium working model of a self-supply cultivation of cannabis for adults, taking them away the world of crime and all the problems associated with it."It is a harm reduction measure - the clubs would be private member clubs for adults so keeping cannabis away from youngsters. They would be licensed and transparent to inspection for safety and health reasons, AND it would raise revenue. "But clearly the Government has failed to look into the proposal. They just babble on about harm and risk, smoking and youngsters - all of which will be reduced through CSC’s. "The reply is very much the same as what various Government’s have been saying for decades - that they prefer to punish than to care. People are seeing these petitions as a waste of time. "And then the Prime Minister threatens that of course anyone setting up illegal Cannabis Social Clubs will be prosecuted - of course THAT would be at public expense and irrelevant to the usual absence of victims - and that they intend to make the punishment more severe. They want to try a bigger stick!"

USA/California: The Indio City Council on Wednesday voted 4-1 to ban medical marijuana establishments. Indio now joins the ranks of Palm Desert, Indian Wells and La Quinta in limiting the dispensaries. Councilwoman Melanie Fesmire voted against the ban because she said she sympathizes with the sick people who might benefit from marijuana use.  Five people spoke in opposition of the ban, saying the drug can benefit the chronically ill and urging the city to uphold the California Constitution. The city in recent months had been approached by parties interested in opening medical marijuana outlets in Indio, but the city did not have standards relating to the location, operation and concentration of dispensaries. The Indio Planning Commission last month, with no opposition, recommended the ordinance to the City Council. City Manager Glenn Southard said there was much debate about the issue at staff level. "We really did think about it and talk about it.  But, in the end we're not constitutional law experts," he said. "We weren't looking to be a marijuana magnate."

USA/Kansas: Kansas medical marijuana bill dies as legislative deadline passes. A bill that would have legalized medical marijuana in Kansas is officially dead for this session. It was stalled three weeks ago in the Senate Committee on Health Care Strategies after members chose not to advance it, and under the rules of the legislature, it had to leave the Senate by last Friday. The bill, the Medical Marijuana Defense Act, would have allowed people with "debilitating medical conditions," including but not limited to cancer, glaucoma, HIV/AIDS, to grow, possess, and use small amounts of marijuana upon written certification by a doctor. The bill was pushed by the Kansas Compassionate Care Coalition, which enlisted former Kansas Attorney General Robert Stephan as a legal consultant and prominent supporter. Stephan joined coalition head Laura Green in testifying before the committee. Green said coalition members plan to reintroduce the bill during the 2009 Kansas legislative session. "That's very disappointing for us that they wouldn't take the vote in the committee to advance the bill," she said. "We'll hope that whatever committee it goes through next year that they'll have the political willpower to at least hold a vote in the committee."

UK: Cannabis with a street value of more than UKP4,000 was seized from the home of an arthritis sufferer who smoked it to ease his agony. Barry Anthony Young, 27, of Cousin Lane, Ovenden, Halifax, admitted producing a kilo of cannabis at an earlier hearing. Calderdale Magistrates Court heard how police raided Young's home in October. Officers seized 10 plants from two upstairs bedrooms and cannabis-growing paraphernalia, including hydroponic equipment, from the attic. He told police they were taking his medicine away because he suffered from chronic arthritis, said Mr Steeples. Young, who has no previous convictions but was cautioned for a similar offence in 2006, smoked around 1oz a week. Sonia Kidd, for Young, said his illness was "incredibly painful" and one of the side effects of the prescribed medication he had been given aggravated a skin condition. But she added: "Given the stress of court proceedings, irrespective of the pain he suffers, he will not use cannabis again." Young was given 150 hours' unpaid work and ordered to pay UKP60 costs.  The cannabis plants will be destroyed.

What we need to do is decriminalise the plant itself. If this is done people who need it for medicine can grow it for themselves or buy it from a shop allowed to sell the dryied product which can then be taxed like anything else being sold legally. Saves money on trying to stop it and makes money on taxing it. You can kill yourself on medicines from a chemist yet you can self prescribe cold flu headache etc. you can't from weed. You'll go to sleep and wake up alive. Stop turning law abiding people into criminals for no reason. Its a simple human right.