A US citizen jailed as a drug trafficker in Egypt in December after importing a shipment of non-drug hemp oil there was freed from jail late last month when mobs of protestors overran prisons across Cairo, but remains in legal limbo. Mostafa Soliman, who operates a company called Health Harvest, faces a possible death penalty if convicted of drug trafficking. 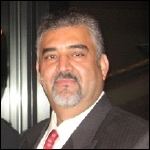 He had returned to Egypt to oversee the arrival of the hemp oil shipment. When the shipment of bottled hemp oil arrived at Egyptian customs in December, authorities translated "hemp oil" as "hash oil," and that's when Soliman's life took a Kafkaesque turn. (Arabic does not have a distinct word for "hemp": any concoction from the cannabis plant, whether high THC or low THC, is simply called cannabis. "Even the Egyptian drug enforcement people told me they knew it wasn't hash oil," Soliman said by phone from Cairo Friday night.

"But they said they had to follow procedure." That procedure resulted in a December 30 raid by drug enforcers on Soliman's storage facility and Soliman's arrest on drug trafficking charges. After Soliman had spent several weeks in prison, his Egyptian attorney managed to arrange bail, which would have allowed him to legally leave prison pending trial. But in a bizarre twist of fate, before he could be released, the current protests exploded in Cairo, and the city's prisons were besieged by mobs of uncertain provenance determined to free the prisoners.

The prison guards fled the assault even as the prison caught on fire, leaving prisoners locked in their cells. "Then the protestors came and broke the locks on the cells and freed us. It was all planned out. After fleeing the prison, Soliman went into hiding in Cairo, and contacted the US Embassy for help. He sought help in translating research reports on hemp and on obtaining a new passport -- Egyptian authorities had seized his, which meant he was effectively unable to leave the country.

But not much help was forthcoming, said both Soliman and members of the Hemp Industries Association (HIA) and Vote Hemp, leading industry advocacy groups in the US that have taken up Soliman's cause. "I face a death penalty for selling drugs," Soliman said. "I was hoping for the embassy to help me translate some analyses and reports from the States to help me prove my case, but they don't want to do anything. I did it myself, and spent $3,000 to get it done."

More than 50,000 people were arrested last year in New York City for low-level marijuana offenses, according to the New York Division of Criminal Justice Services. Those 50,383 arrests represented 15 percent of all arrests by the New York Police Department.

The 50,000-oplus figure is more marijuana arrests in one year than the number of similar arrests made by the New York Police Department over the entire period from 1978 to 1996, according to an analysis for the alliance done by Harry Levine, a sociology professor at Queens College.

The Conservative government's controversial bill that would impose mandatory jail time for offenders caught growing a handful of marijuana plants appears headed to the trash can. The Liberals announced Wednesday they will not support Bill S-10, which has already been passed by the Senate.

"I'm very disappointed that they have had this complete flip-flop,” Justice Minister Rob Nicholson told Postmedia News. The Liberals, who supported previous versions of the bill, now say it would excessively punish some people for minor offences and would  cost too much to implement because it will jam prisons that are already filled to the brink.

The Conservatives have said they will  spend $2 billion over the next five years to expand prisons. "We just think this is bad criminal justice policy," Liberal Leader  Michael Ignatieff told reporters Wednesday. "It's going to cost this  country billions of dollars. We think it's the wrong way to go."

A bill that would decriminalize the possession of up to an ounce of marijuana by adults passed out of two state Senate committees Friday. The bill, SB 1460, must now pass one more committee vote before heading to the Senate floor.

The bill, as amended, makes possession of up to an ounce a civil violation punishable by a fine of up to $100. It also removes marijuana possession as a reason courts may require parolees and probationers to submit to drug treatment, and it clarifies that possession of less than an ounce in itself is not the basis for a possession with intent to distribute charge and that a being fined for possession does not constitute a prior offense for sentencing purposes. Possession of less than an ounce of pot is currently a misdemeanor punishable by up to 30 days in jail and a $1,000 fine. It also leaves a permanent criminal record.

Researchers of the RAND Corporation in Santa Monica, USA, investigated changes in THC-level and CBD-level in 5000 cannabis samples in California from 1996 to 2008.

Scientists at the University of Sao Paulo, Brazil, investigated the effects of the natural cannabinoid cannabidiol (CBD) on patients with generalized social anxiety disorder in a simulation public speaking  test.

Three groups were compared, 12 healthy controls without any medication, 12 patients with anxiety disorder, who received a single dose of CBD (600 mg) and a group of 12 patients, who received a placebo in a double-blind design.  Pre-treatment with CBD significantly reduced anxiety, cognitive impairment and discomfort in the speech performance of patients with social anxiety disorder, and significantly decreased alert in their anticipatory speech.