Ecuador  -  In the framework of a revision of the Ecuadorian constitution, a new article was elaborated that will decriminalize drug consumption. This would be a huge step, as Ecuador so far has very strict and repressive drug laws. However, before taking effect, the new article has to pass a referendum. Supporters of the new article are very optimistic, though. You can read the new article (no. 364) here: Number asambleaconstituyente.gov.ec/documentos/definitiva_constitucion.pdf 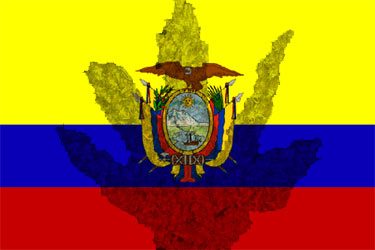 Argentina  -  Argentine President Cristina Fernández de Kirchner called last week for the decriminalization of drug use and the integration of harm reduction efforts into the country's drug strategy. Her statement comes almost a year after Minister of Justice, Security, and Human Rights Aníbal Fernández announced he was proposing a bill that would do just that.

"I don't like it when people easily condemn someone who has an addiction as if he were a criminal, as if he were a person who should be persecuted," she told the meeting. "Those who should be persecuted are those who sell the substances, those who give it away, those who traffic in it." Kirchner' remarks came as Minister Fernández presented the results of a national poll on drug use that found alcohol and cocaine consumption decreasing, but marijuana consumption on the rise. The president and most of her cabinet attended that presentation. If Argentina actually does decriminalize drug possession, it will join a select group of countries, mostly in Europe, but also including Colombia and Peru. Brazil is also edging in the same direction, with an appeals court in São Paulo ruling in March that drug possession is not a crime.

USA  -  In a July 31 decision, the Arizona Court of Appeals has held that there is no religious right to possess marijuana. In so doing, the court rejected the appellant's argument that his right to possess marijuana for religious reasons was protected by both the Arizona and the US Constitution. The ruling came in Arizona v. Hardesty, a case that began when Daniel Hardesty was pulled over by a police officer in 2005 and subsequently charged with possession of marijuana and drug paraphernalia after the officer first smelled smoked marijuana in the vehicle, then found a joint Hardesty admitted tossing from his window.

Hardesty, a member of the Church of Cognizance, argued at trial that he used marijuana for religious purposes and should be exempt from prosecution under both Arizona and federal law. The trial court disagreed. While the court accepted that Hardesty's religious beliefs were sincere, it rejected his arguments that under the free exercise of religion, he had the right to use marijuana as a sacrament.

Hardesty had conceded that marijuana is a drug that could have harmful effects and that the state had a "compelling interest" in regulating it, but argued that it had not been regulated it in a manner that was "least restrictive" when applied to religion. In his opinion, Appellate Judge Sheldon Weisberg wrote that while the First Amendment guarantees an absolute right to hold a religious belief, it does not guarantee the same absolute right to put that belief into practice.

Similarly, Weisberg held that provisions of Arizona law designed to protect religious freedom did not encompass the religious use of marijuana, citing the state legislature's outright ban on the use and possession of marijuana. But the appeals court did leave open the possibility that it could decide differently if someone came before it persuasively arguing that marijuana is not as dangerous as the government suggests. In that case, the "compelling interest" of the state in maintaining a complete prohibition on marijuana would presumably be weakened.

The appellate judges said the challenged provisions of the state Medical Marijuana Program Act "do not positively conflict with" the federal Controlled Substances Act, which classifies marijuana as a dangerous drug with no medical use. "This ruling is a clear statement that the counties of San Bernardino and San Diego must abide by the state's medical marijuana laws," said Adam B. Wolf, an American Civil Liberties Union attorney representing National Organization for the Reform of Marijuana Laws.

USA  -  The National MS Society has released an expert opinion paper that marijuana has the potential to treat MS symptoms and limit the progression of the disease, but stopped short of recommending that MS patients use the drug. "Although it is clear that cannabinoids have potential both for the management of MS symptoms such as pain and spasticity, as well as for neuroprotection, the Society cannot at this time recommend that medical marijuana be made widely available to people with MS for symptom management," the society concluded.

"This situation might change, should better data become available that clearly demonstrate benefit." The society called for future clinical trials on methods of administration that rapidly deliver cannabinoids to the bloodstream, such as vaporization. It also called for clinical trials to study medical marijuana's potential to slow the progression of the disease. It cited "anecdotal reports from patients... that cannabis reduces the frequency of their MS attacks."