Police have said Cole was not armed. Police said Monday they recovered an unspecified amount of marijuana and a set of digital scales. A person identifying herself as Cole's fiance, Sequoia Pearce, in the comments section in the article linked to above said no drugs were found. Pearce, who is nine months pregnant, shared the apartment with Cole and was present during the raid. "I was coming out, and they told me to get on the floor. I heard a gunshot and was trying to see what was happening and where they had shot him," Pearce told KTNV-TV. 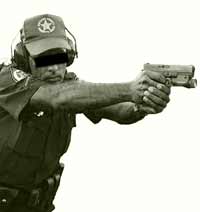 According to police, they arrived at about 9:00pm Friday evening at the Mirabella Apartments on East Bonanza Road, and detectives knocked and announced their presence. Receiving no response, detectives knocked the door down and entered the apartment. They found Pearce hiding in a bedroom closet and took her into custody. They then tried to enter a bathroom where Cole was hiding. He made "a furtive movement" toward a detective, who fired a single shot, killing Cole. "It was during the course of a warrant and as you all know, narcotics warrants are all high-risk warrants," Capt. Patrick Neville of Metro's Robbery-Homicide Bureau said Friday night.

Actually, narcotics warrants are fairly low-risk for police, if the numbers are a guide. With 1.5 million drug arrests per year, an average of just four police officers per year lost their lives conducting them during the past decade. Last year, no police officers were killed during drug raids.

USA: Oregon Board of Pharmacy reclassified cannabis as a medicine

In a press release of 16 June the Board of Pharmacy of the State of Oregon said that it officially removed marijuana from the list of  "Schedule I Controlled Substances," in accordance with a law passed in August 2009. This law required the removal of cannabis from this list of controlled substances that have a "high abuse potential and no acceptable medical use in the United States."

Although Oregon and 13 other states have adopted medical cannabis laws, cannabis has officially remained a Schedule I substance according to the federal laws, and most states defer to that federal status. Under the Controlled Substances Act of 1970 cannabis was placed as a Schedule I drug. Several attempts have since been made to reclassify cannabis at the federal level. Besides Oregon further four states - Alaska, Iowa, Montana, and Tennessee - and the District of Columbia have classified cannabis as a therapeutic substance.

While such moves are more symbolic than practical, especially in states like Oregon which have allowed the medical use of cannabis, it does tend to reinforce the argument that cannabis has medical value.

The competing efforts suggest a certain fractiousness in the state's increasingly crowded and complex medical and recreational marijuana communities, but they also illustrate the growing momentum toward legalization on the ground in Colorado. Just last month, a Rasmussen poll showed marijuana legalization hovering on the cusp of majority support, with 49% of likely voters approving, 38% opposed, and 13% undecided.

A 2006 legalization initiative got only 39% of the vote. The initiative effort in the news this week is called Legalize 2012, and is being led by the Boulder-based education and advocacy group Cannabis Therapy Institute (CTI), which is deeply unhappy with the new regulations provoked by a massive boom in dispensaries in the past year or so. "The problem we have in Colorado is that the medical marijuana amendment didn't set up a distribution system, and now, 10 years later, that flawed language is coming back to haunt us," said institute spokesperson Laura Kriho. "The only way to cure the problems patients are now having is across the board legalization for all adults. It will simplify things for law enforcement, patients, and people who aren't patients."

UK: Justice Minister reacts on the call for legalisation during a drug debate in the House of Lords

This would, he said, "offer better prospects for the individuals concerned, for communities and for society as a whole". The minister told peers: "We have to carry public opinion with us, including the public opinion at the other end of this building (the House of Commons). "And we must not lose sight of the impact this offending has on the victims and our wider communities. Offenders must be made to take responsibility for the harm they have caused." Lord McNally said: "Drugs are a scourge in our society.

We believe that legalisation takes no account of the consequences of the significant increase in use that might follow and the government has no intention of legalising the so-called recreational use of any currently controlled drugs." He added: "There is also a terrible problem for the absolute innocent member of the community who may be burgled, may be mugged, may come across the need of the drug taker to feed their habit through crime. "We have got to take them along with us if we are to get support for the kind of approach that has had such support around this House tonight."

According to animal research at the Dartmouth Medical School in New Hampshire, USA, endocannabinoid signalling via cannabinoid receptors is necessary for the limitation of behavioural hypersensitivity and pro-inflammatory signalling in astrocytes following surgical insult.