Ottawa - Conservative cabinet ministers and their aides are consulting with "keen" U.S. government officials on a new national drug strategy for Canada, according to internal documents obtained by The Vancouver Sun. "There have been various senior-level meetings between U.S. officials and ministers/ministers' offices," states a summary of a June 16, 2006 meeting on the Tory drug initiative, involving bureaucrats at nine federal departments and agencies. "U.S. officials have been keen to discuss drug issues with the current government." Prime Minister Stephen Harper's 2006 election platform promised a new drug strategy that would include a national youth awareness strategy. Harper also called for mandatory minimum sentences and large fines for serious drug offenders, including marijuana growing operators and "producers and dealers of crystal meth and crack." The Tory government has since come under criticism for taking a tough, U.S.-style approach to drug crime while downplaying the so-called "harm reduction" approach that led to the 2003 establishment of the supervised injection site for Vancouver's drug addicts. The strategy will focus on "a few key priority areas that the current government could focus and build on," such as "clandestine labs, marihuana grow operations, synthetic drugs," the document states. "Another key element of the proposed national strategy is the national awareness campaign for youth." 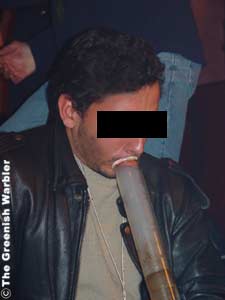 Canada: Steady increase in marijuana use.

UK: Couple guilty of giving cannabis to MS people. A couple who gave thousands of chocolate bars laced with cannabis to multiple sclerosis patients for pain relief were found guilty yesterday of conspiring to supply the drug. Mark Gibson and his wife, Lezley, who has the condition, said they would be forced to abandon their voluntary operation, which they said had helped more than 1,600 MS sufferers, after they were convicted of two counts each of conspiring to supply the drug throughout 2004 and until February 2005. Their associate Marcus Davies, who ran a post office box and a website for their organisation, Therapeutic Help From Cannabis for Multiple Sclerosis, was also found guilty. The couple made the Canna-Biz chocolate, with 2g to 3.5g of cannabis per 150g bar, in the kitchen of their home in Alston, Cumbria, and posted an estimated 33,000 bars to people with MS over six years. They told the jury at Carlisle crown court that they did not sell the treatment but instead relied on donations to cover the cost of making the bars. The court heard they only provided the chocolate to people with MS and insisted that they were given a doctor's note confirming the patient had MS before they would supply the chocolate. "I'm absolutely devastated," she said outside the court. "I've been told what I've done is against the law but the law is wrong. Who is going to look after all those 1,600 MS sufferers now? ... I can't understand why no one wants to stand up for disabled people." The Gibsons said they would consider appealing against the decision. It is not expected that they will receive a custodial term but they could face a lengthy suspended sentence and community service punishment. All three defendants were ordered to return to court next month.

Merced County/California: Medicinal pot cards will likely be issued in February. Merced County will begin issuing identification cards for medical marijuana users after a state judge recently rejected its challenge to California's medical marijuana law. The Board of Supervisors announced the decision Tuesday, saying the county would not appeal the week-old ruling. "After reviewing a number of options and having received the ruling from the court, we are now positioned to move forward with the implementation of (a medical marijuana identification card) program," board chairman Mike Nelson said. John Volanti, the county's director of public health, said the county will likely begin issuing the cards by February. To get a card, county residents will be required to submit an application and a prescription for the drug, Volanti said. The county will verify the prescription, take a digital photo of the applicant and mail the applicant's information to the state. The state's health department will issue the card. Volanti said the cost of the card program will be covered by those who participate. The county has yet to set its per-card fee, but Volanti said it will be similar to fees in other counties. In San Francisco County, for example, a card costs $50. Merced will be the 25th of California's 58 counties to begin issuing medicinal marijuana identification cards, as required by a 2003 state law that clarifies Proposition 215.