Afghanistan: Pot cultivation on the rise

Afghanistan: Pot cultivation on the rise. In June, the Afghan government declared that the northern province of Balkh had stopped growing opium poppies. Now local farmers have replaced their poppy crop with marijuana plants.  Local authorities say production is growing at an alarming rate. "The government has banned he opium poppy," said Nazar Gul, 54, a farmer in the Charbolak district of the province.  "Now we have started to plant marijuana, which is also good for us." Gul said he had little choice but to make the switch. "I planted poppy last year, but soldiers came to our house to warn us that if we grew it, they'd destroy our homes," he said.  "What could we do?" But he couldn't earn nearly enough to support his family by switching to a legal alternative, such as wheat, he said. "The best way out was to switch to marijuana, and I hope to make good money this year, too," he said. Gul offered this comparison between the two crops: "For us farmers, poppy is gold and marijuana is silver." The province is famed for its high-quality hashish - known as "Balkhshirak." Atta Mohammad Noor, the provincial governor, admits that the cultivation of marijuana is on the rise in Balkh. "People did not plant poppy this year, but it seems marijuana has taken its place," he said.
As yet, there are no reliable estimates on the number of acres of marijuana under cultivation.  The governor is already complaining, however, that he lacks the resources to combat what he sees as a growing problem. 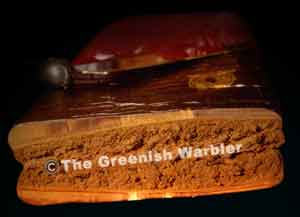 Experts expect more hashish from Afghanistan to enter the international market soon, as cannabis cultivation is increasing there again.

Canada: Regional pot busts score 5,552 PLANTS. Guelph Police were part of a marijuana eradication program that saw 5,552 marijuana plants, weighing approximately 3,140 kilograms ( almost 7,000 pounds ), seized and destroyed over a six-day period this month. Police forces from Waterloo Region, Guelph, Stratford, Halton, West Grey, OPP and the Kitchener detachment of the RCMP shared intelligence, technology and manpower in a joint initiative call Project Sabot that took place between Sept.  10 and 17. Sergeant Cam Croal of the RCMP drug section said the plants had a street value of between $3.5 million and $5 million. "The intent of the program is to eradicate the drug so it won't get into the market," Croal said.

Canada: Lights out on grow ops. A Hundred Marijuana Grow Operations In The Township Have Been Nipped In The Bud. Specialized grow-op dismantling teams have started popping up in Langley during the past few months, forced into existence as a means of protecting expensive marijuana crops and equipment. In the past three months, a new public safety inspection ( PSI ) team has visited 100 homes within the Township that record higher than normal hydro consumption. Of the 100 homes inspected so far, the team found evidence in 100 per cent of the cases that a grow-op had recently existed, explained Township fire chief Doug Wade. But in each case, the pot plants, all the high-intensity grow lights and most of the other equipment were already gone when the crew returned. That's because the PSI team - which is not hunting for criminal activity but focused on detecting fire and safety hazards - is required to issue a warning letter giving the suspects 24 hours to clean up any illegal activities. Given warning, the criminals call in these new dismantling teams and relocate the crop overnight.  They seem to view the need for these new dismantling teams as just another cost of doing business, Wade said.

USA: March on Capitol for legalization of marijuana. Two state representatives and other protestors marched from Library Mall to the state Capitol on Tuesday.  The legislators then introduced "the most complete medical marijuana legislation to date." Protestors marching for the legalization of medical marijuana made their way to the state Capitol yesterday, where two local legislators introduced the "Jacki Rickert Medical Marijuana Act." The marchers were honoring the 210-mile journey of Jacki Rickert that took place in 1997, according to a release by the pro-marijuana group "Is My Medicine Legal YET?". Rickert suffers from Ehlers-Danlos syndrome and was denied access to a now-defunct federal program that gave medical marijuana to those with incurable diseases, according to the IMMLY statement. The bill is the most complete medical marijuana legislation to date according to state Rep.  Mark Pocan, D-Madison, who introduced the bill along with Rep.  Frank Boyle, D-Superior. "The public supports all legitimate options that can help an ailing patient, and I am hopeful that Wisconsin will follow suit," Pocan said in a statement. Thirteen states have passed similar legislation, according to Pocan.  The public support for medical marijuana legislation is around 80 percent, Pocan said. Pocan said passing the bill may be an "uphill battle" in the state Assembly and state Senate

USA/California: Marijuana potency shoots up.The Mexican drug trafficking organizations(DTOs ) now growing marijuana in Northern California have changed their cultivation practices to yield a higher potency pot as measured by the active ingredient tetrahydrocannabinol.  The percentage of THC in the marijuana seized by law enforcement in the United States continues to climb.  In 1986, the seized pot averaged 2.8 percent THC.  By 2005, it had risen to 8.14 percent. In Northern California, law enforcement has noted a dramatic shift in the way pot is being cultivated in many of the larger grows.  Before 2006, most outdoor marijuana grown in the region was closer to 2-3 percent THC.  In 2006, many different sites had THC concentrations closer to 8-12 percent.  Law enforcement officers attribute this shift to the higher prices stronger cannabis commands and the improving horticultural practices of the Mexican DTOs. These DTOs typically use only select seeds from Mexico, prepare the seedlings in greenhouses, plant the seedlings outdoors before late April, separate male from female plants prior to pollination, and use high-nitrogen fertilizer.  Moreover, these DTOs are increasingly using cloned starter plants, irrigation systems with drip lines extending to each plant and pesticides.  The higher potency marijuana produced from outdoor plants in California often is comparable in quality to Canadian-produced "British Columbia bud" and commands twice the price of other commercial-grade Mexican marijuana available in the region.  With prime growing conditions, the THC content can reach 30 percent. Cloned starter plants allow cannabis cultivators to grow only higher quality female plants raising the product THC content.  Cloning is a common agricultural practice, that until recently has not been employed in large marijuana operations.  The simple process involves removing cuttings from the selected plants, allowing roots to sprout and then planting the seedling.  This creates many plants of the same genetic makeup as the parent plant that was likely selected for yield and potency.  The use of clones ensures the plants have a well-established root system when planted, increasing the chance of a successful harvest.